Arsenal suffered a shock exit from the FA Cup as Nottingham Forest beat them 1-0 in the 3rd Round. Now things could get even more menacing as the Gunners face Liverpool in the Carabao Cup semi-final.

The 1st leg of the tournament had to be postponed due to a declared COVID outbreak in the Liverpool camp which means the two sides will be playing the first leg of the semi-final this week while the two other teams(Chelsea & Spurs) play the 2nd leg on Wednesday.

Arsenal’s performances had improved in the previous few months but they looked their old lack-lustre self against Forest. Mikel Arteta will be hoping for a swift response from his boys in midweek but against a fully-fit Liverpool side, picking up a win will not be easy.

The Arsenal boss is missing some key players since they have flown out for the Africa Cup of Nations and this makes the selection process even more complicated for the Spaniard. Also, the Gunners have a North London Derby next weekend so Arteta will also have one eye on that Premier League clash.

Leno started in goal against Forest but vs Liverpool the regular No 1, Aaron Ramsdale will come back into the side.

Ben White and Gabriel will start in central defence but there are question marks over the fitness of Tomiyasu who is currently recovering from a calf injury.

Emile Smith Rowe is another injury(groin) doubt for the semi-final and speaking about him and Tomiyasu, Mikel Arteta has admitted the pair will be touch and go in terms of availability.

Speaking after the FA Cup exit the Arsenal boss said: “It depends. They[Tomiyasu and Smith Rowe] were injured and they couldn’t play. Gabi was suspended. I’ll have to see in the next few days how they were.”

Elneny and Thomas Partey have gone for the AFCON while Maitland-Niles has joined Roma on a loan spell. To make matters worse Granit Xhaka had picked up COVID and it remains to be seen if he is fully fit or not.

If the Swiss international is not ready then Lokonga and Odegaard will have to pair up in central midfield with Smith Rowe playing as the No 10.

“I don’t know. It will depend on the next few games and how he’s feeling.” said Arteta on the possibility of Xhaka playing on Thursday.

Nicolas Pepe and Aubameyang have also joined their respective sides for the Africa Cup of Nations meaning Bukayo Saka and Martinelli will hold onto the two wides roles while Lacazette operates up front.

Arsenal predicted line up vs Liverpool: 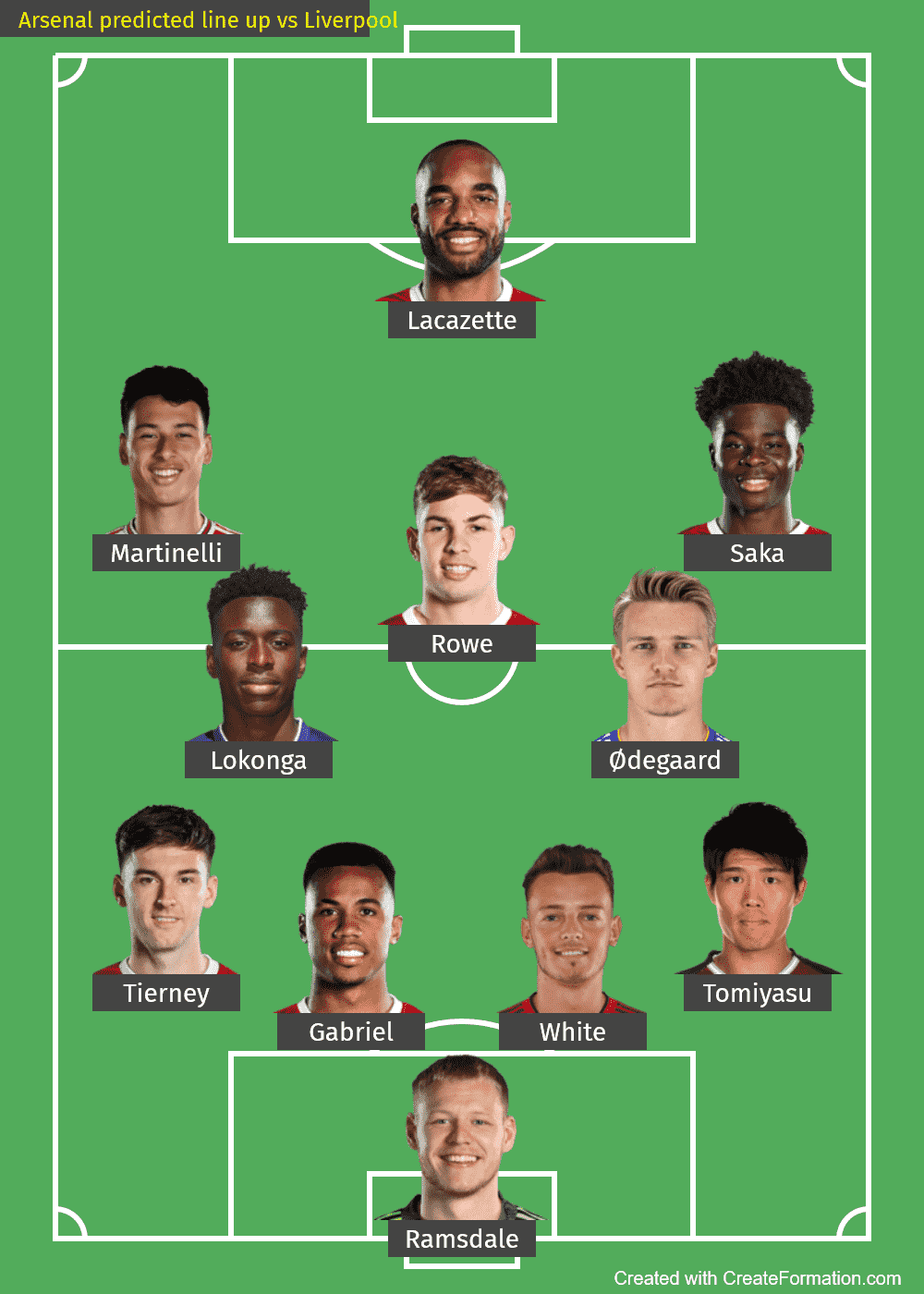 Read: Arsenal set to go all out to try and sign this 21 Y/O forward.

Read: Are the Gunners set to beat West Ham United in the signing of this €20M midfielder?

Is this Chelsea winger set to join a Premier League rival in January?

Arsenal are ready to challenge Liverpool and Chelsea for this 21Y/O South American midfielder: Can the Gunners pull this one off?

Is this Chelsea winger set to join a Premier League rival in January?

Arsenal are ready to challenge Liverpool and Chelsea for this 21Y/O South American midfielder: Can the Gunners pull this one off?