Arsenal were knocked out of the Europa League this week so they have nothing much left to play for this campaign and will now just have to go through the paces to make sure they end the season on a high.

The Gunners are ninth on the Premier League table and this Sunday they will take on West Bromwich Albion, a side who are likely to be relegated from the top division this campaign.

The Baggies go into this match having lost one and drawn two of their previous three matches so, at least on paper this should be an easy win for Mikel Arteta’ side. But given how poorly they performed vs Villarreal on Thursday, nothing can be guaranteed when it comes to this Arsenal side.

West Brom have conceded at least 2 goals in their last 3 away matches in the Premier League and with the kind of forward talents which the Gunners have at their disposal, a 0-0 result is not likely to happen on Sunday. Also, Arteta’s side have kept a clean sheet in 6 of their last 7 home matches against West Brom in all competitions and this should also give a lot of hope to the home side.

Pablo Mari and Rob Holding played in central defence vs Villarreal and the pair will be looking to keep their place against West Brom as well. But given that Arsenal play after just three days of the semi-final, the manager could also look to rotate his backline.

If that happens then Mari will move to the bench to make way for Gabriel while Calum Chambers will replace Hector Bellerin at right-back.

Kieran Tierney returned from injury to feature vs Villarreal and the left-back will start once again on Sunday.

Granit Xhaka picked up an injury in the warm-up against Villarreal and the midfielder is likely to miss out against the Baggies as well. If Xhaka is not available then the manager will choose Elneny to partner Thomas Partey in defensive midfield.

Odegaard and Emile Smith Rowe both started on Thursday but only one of them will be featuring from the start this weekend. Bukayo Saka had an underwhelming second leg but the youngster will still operate on the right wing.

Nicolas Pepe though will not be that fortunate since the manager is expected to bring in Gabriel Martinelli into the side as this game does not hold much important in the grander scheme of things.

Aubameyang could also move to the bench making way for Alexandre Lacazette who came on as a sub against Villarreal. 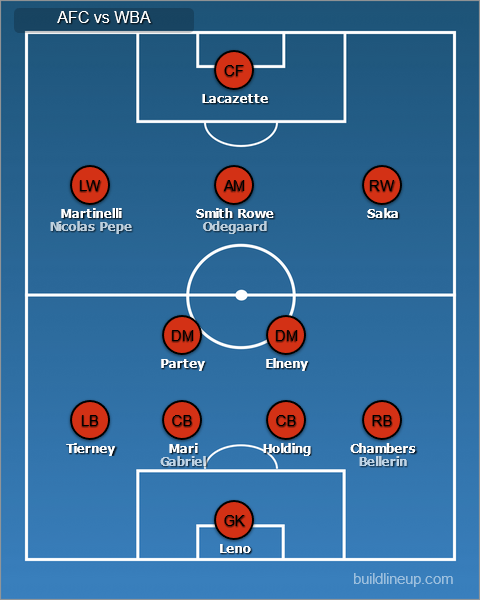 Read: Is Mikel Arteta about to be sacked by the Arsenal management?

Read: Here’s the biggest reason why Arsenal were knocked out of the Europa League.

Read: Mikel Arteta’s poker face after the Europa League exit is sure to infuriate the fans.

Read: This midfielder is sure to leave the club in the summer despite Arteta’s wishes.

Read: The Gunners have offered to pay only €9m for this €25m-rated defender. 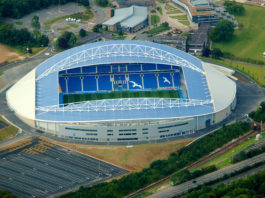 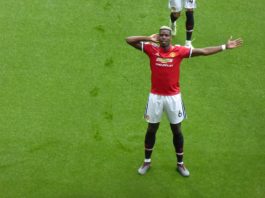