Aston Villa picked up their first win of the 2021/22 Premier League campaign beating Newcastle United 2-0 at home. And next up, they take on Brentford on Saturday.

Brentford, surprisingly have not tasted defeat in their first two matches, drawing one and winning one but Dean Smith’s side have enough firepower to break the Bees and pick up all three points.

Villa played in the Carabao Cup in midweek where they beat Barrow 6-0 but the manager totally reshuffled his pack so all his regular first-team players are protected.

The home side are still missing some key forward players which could cause a bit of a problem for them but the major cause of concern for Dean Smith will be Brentford’s two strikers who have caused a lot of problems to defenders in their previous two games.

Ashley Young has slotted in at left-back perfectly and the former Manchester United man will start against Brentford as well.

Konsa and Mings were both rested in midweek so they will come back into the side as Tuanzebe moves back to the bench.

Bertrand Traoré remains on the sidelines with a hamstring injury and the manager has confirmed that he will be back only after the international break.

This means the trio of McGinn, Jacob Ramsey and Douglas Luiz are going to start in midfield on Saturday.

Leon Bailey picked up a hamstring injury in training meaning he is a major doubt for this weekend’s game. If he is not available for selection then El Ghazi is going to operate on the left-hand side.

The Aston Villa boss had updated recently: “He’s just felt his hamstring. He had an injury in the summer playing for Jamaica and it just tightened up in training and we just can’t risk it.”

Ollie Watkins is another player who is on the injured list and while Dean Smith has hinted that he could return vs Brentford we don’t think the manager will be taking any unnecessary risks since he has Danny Ings at his disposal.

A few days ago, Smith had said: “He’s not healed as quick as we would have liked. I’m hopeful that he’ll be back for Brentford. If not, he’ll definitely be back after the international break.”

Ings is now the obvious choice through the middle with Buendia operating on the right-hand side of attack. 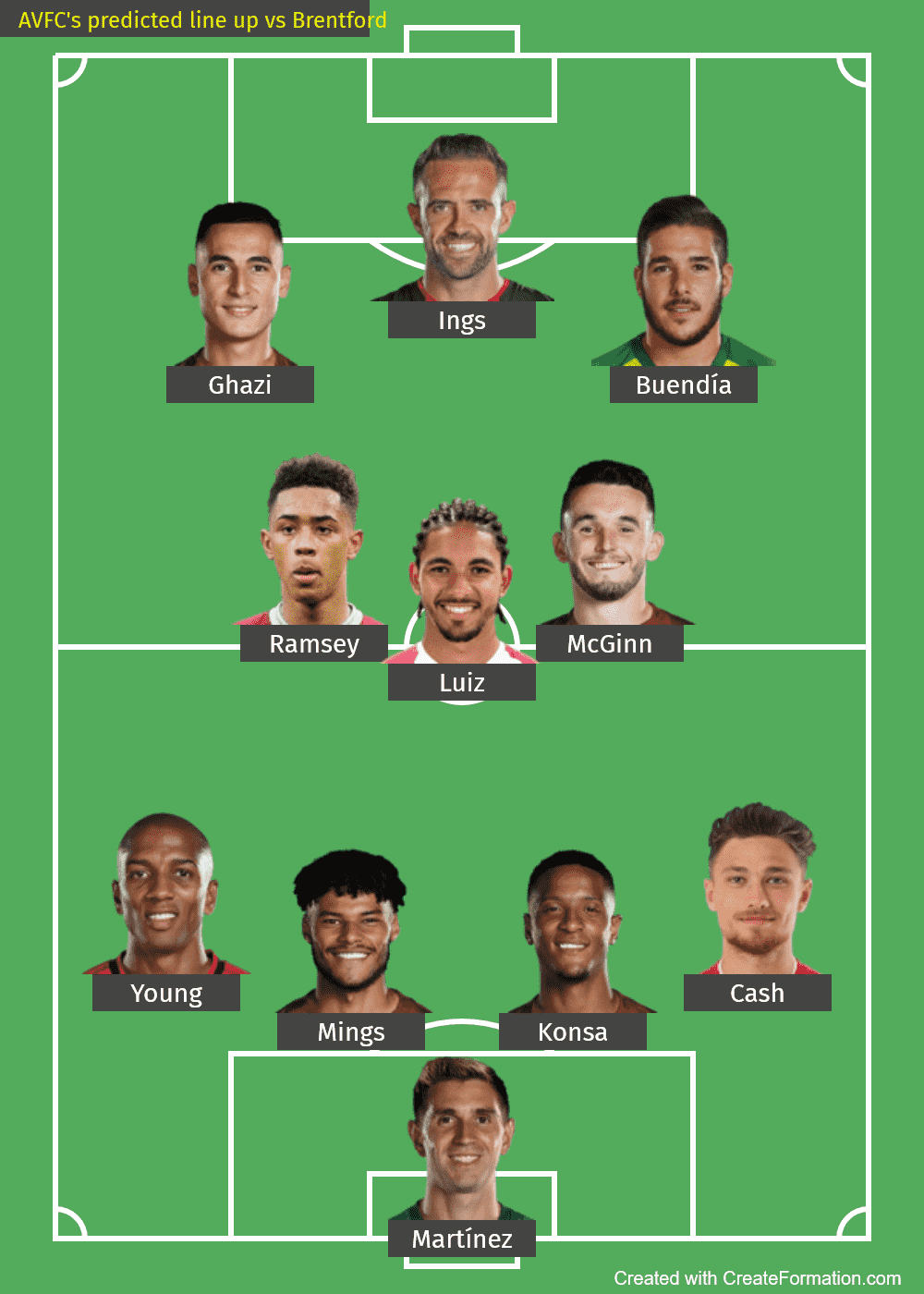