Tite’s Brazil are one of the favourites to win the 2022 World Cup and they kick off their campaign on Thursday against Serbia.

Brazil are slotted in Group G of the World Cup and they are expected to top the group very easily so we are hoping for a comfortable win for them at the Lusail Iconic Stadium.

The South American have one of the strongest squads in the tournament and they go into their first group game having not lost in 15 matches. While Serbia are the underdogs going into this game but they can give a stern test to Brazil on Thursday night.

Serbia have players like Dusan Vlahovic and Aleksandar Mitrovic who can very easily cause problems to the Brazilian defence and seeing how Argentina have already stumbled in their first match, Tite and his boys will have to be on their toes.

Brazil’s previous two World Cups have been disappointing but they will undoubtedly get the media and fans abuzz if they can start the 2022 edition with a commanding win over Serbia.

Alisson Becker is the undisputed No 1 for Brazil and even the backline is more or less set by Tite.

Thiago Silva and Marquinhos will pair up in central defence but the left-back’s position is very much up for grabs. While Danilo is a guaranteed starter on the right-hand side of defence, Alex Telles and Alex Sandro will fight it out for the left-back role.

Telles has had a pretty average loan spell in Spain which is why we think Sandro is the one who’s going to be selected.

Tite will not even think of tinkering with his midfielders unless and until there’s a late injury issue.

Fred and Casemiro have formed a rock-solid partnership in the middle of the pitch and they are going to be one of the first names in Brazil’s teamsheet on Thursday night.

The selection of Casemiro and Fred means Liverpool’s Fabinho will have to be content with a place on the bench.

Lucas Paqueta has done pretty well at West Ham United this season so he’s going to be the one who will play in the No 10 role.

This is the area of the pitch which will make or break Brazil’s World Cup.

Tite has a host of world-class attackers at his disposal so he will have to use them very tactfully. If he can get the balance right then there’s no stopping Brazil in this tournament.

Neymar is the unmistakable choice on the left flank which means Vinicius will have to play a substitute role.

Even though Antony has been selected in the squad, he is not going to be fit enough to play on Thursday night so it’s likely going to be Raphinha who will operate on the right.

Gabriel Jesus and Richarlison will fight it out for the centre-forward’s role but we have a feeling that the Brazil manager is going to tilt towards Richarlison.

The Spurs man can play through the middle plus he also has the ability to drift out wide and this could be a very big asset if Serbia decide to play with a high line.

Brazil predicted line up vs Serbia: 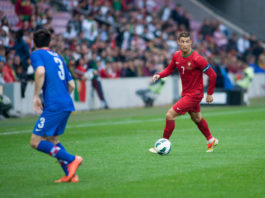 European giants make up their mind about signing Ronaldo: Where will... 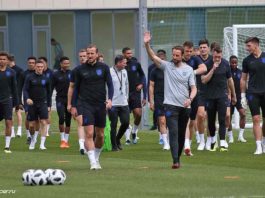 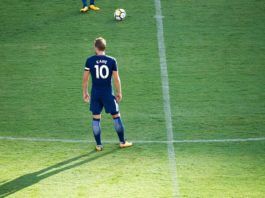 3-4-3 England’s predicted line up vs Iran: Will Harry Maguire get...