Chelsea have booked a place in the Carabao Cup semi-final, beating Tottenham Hotspur but Thomas Tuchel’s side will have no time to celebrate.

Next up, Chelsea take on Manchester City and this game could be really crucial in determining the fate of the Premier League title race. City are currently the table-toppers while the Blues sit on the second spot – 10 points behind Guardiola’s side.

A 10-point difference will be really hard to claw down so if the London side wants to have any chance at remaining in the title hunt during the second half of the season then they have no other option but to pick up all three points this weekend.

Chelsea have a great away record going into this game, winning nine out of their last 10 Premier League games but beating Manchester City will be an uphill battle, even though Thomas Tuchel has an almost fit squad. Selecting his starting line up will be absolutely critical for the manager since the perfect first XI could help swing the tie in their favour.

Edouard Mendy has left for the Africa Cup of Nations meaning Kepa Arrizabalaga will start in goal and this could be a bit of a concern for the Chelsea boss.

Thiago Silva returned COVID negative this week but he did not start against Spurs in the 2nd leg of the EFL Cup semi-final. The Brazilian will be fully fit and raring to go and he’s sure to start in central defence vs Man City.

Trevoh Chalobah is ruled out with an injury so Christensen will come in as the third centre-back while Azpilicueta plays as the right wing-back. Reece James remains on the sidelines with a hamstring injury and he will only return towards the end of this month.

N’Golo Kante was another player who returned to training this week after testing negative and like Silva, he too was a substitute in midweek. Against a team like Manchester City, Kante’s defensive prowess could come really handy but there’s a big chance the Frenchman will not get a starting role.

Mateo Kovačić completed every single take-on he attempted, completed 95% of his passes, completed the most passes, and made more recoveries than any other play on the pitch vs. Spurs.

What a player. What a display. 👏 pic.twitter.com/lsLiJEbPnr

Mateo Kovacic has been performing really well and against Spurs, he and Jorginho were fantastic in central midfield. If Tuchel wants to set up a slightly bold lineup then he will stick with this same pair on Saturday as well.

Mason Mount and Timo Werner had a great outing in midweek but one of them is likely to move to the bench for this Premier League encounter.

The Chelsea boss is expected to use Mason Mount’s work rate on Saturday meaning Timo Werner is probably going to make way for someone like Kai Havertz.

Werner’s pace can be a big asset when it comes to counterattacks but with Romelu Lukaku back to full fitness, we don’t think Tuchel will use both of them against a team like Manchester City. 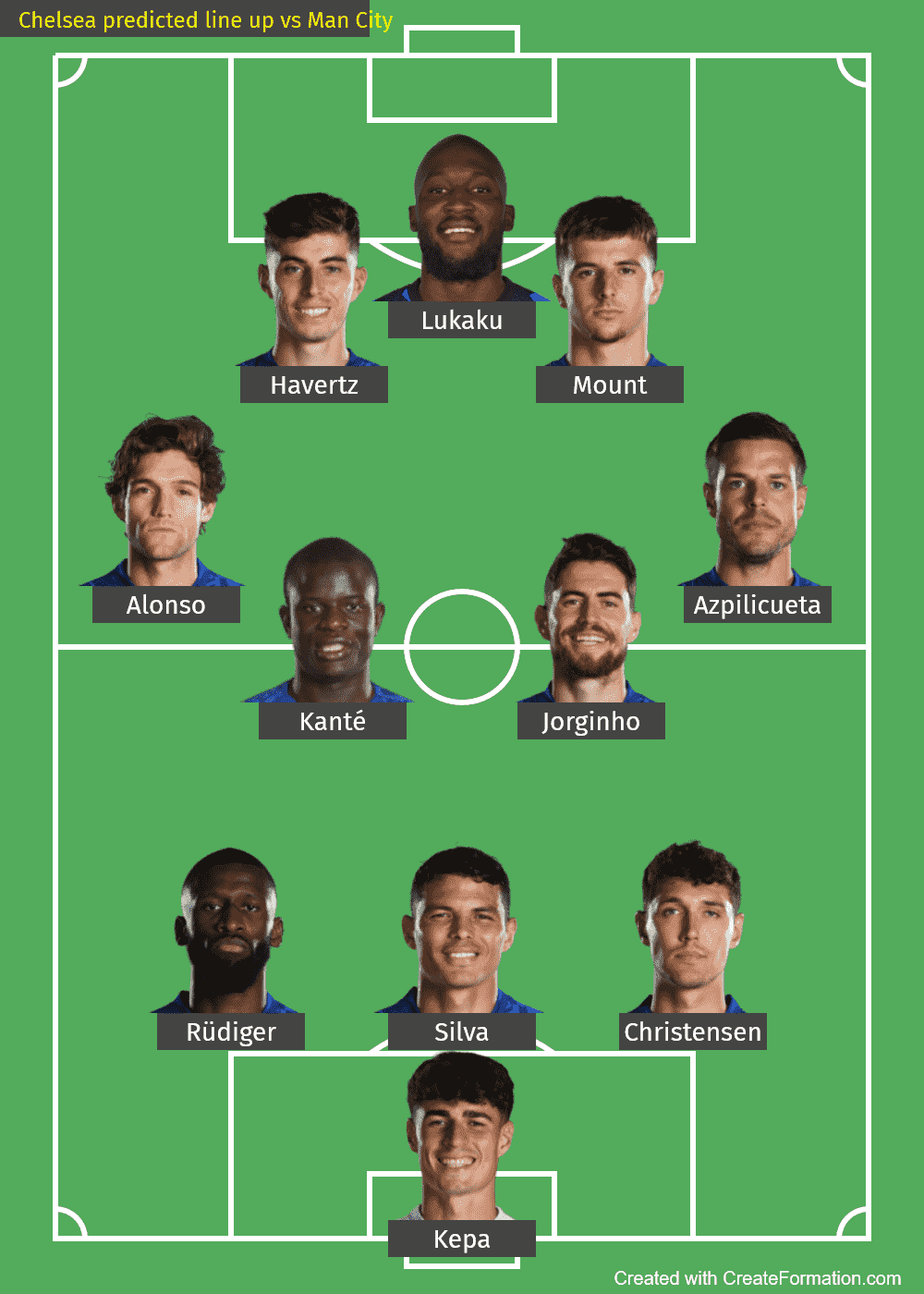 Spurs looking to wrap up the transfer of this Brazilian forward by the end of this week: Will there be any late hijacks?

Three PL clubs are interested in signing this Rangers midfielder but who’s the favourite to land him?

West Ham United could lose this first-team regular sometime next month: Which club is he likely to join?

Spurs looking to wrap up the transfer of this Brazilian forward by the end of this week: Will there be any late hijacks?

Tottenham Hotspur have been trying really hard to sign Richarlison and according to Football.London, they could agree on a transfer within the next 24...
Read more

Three PL clubs are interested in signing this Rangers midfielder but who’s the favourite to land him?

Fulham and Crystal Palace are interested in signing Rangers midfielder Joe Aribo but according to Sky Sports pundit Kevin Campbell, Nottingham Forest could have...
Read more

West Ham United could lose this first-team regular sometime next month: Which club is he likely to join?

West Ham United are reluctant to offer Tomas Soucek a new contract and as per Claret and Hugh, David Moyes might just end up...
Read more

Can this 23 Y/O become the ideal backup to Gabriel Jesus at Arsenal next season?

Arsenal have reached an agreement to sign Gabriel Jesus from Manchester City but the big question is if Eddie Nketiah is good enough to...
Read more