Chelsea managed to process to the next round of the Champions League by knocking out Lille and next up, they shift their focus to the FA Cup.

The Blues take on Middlesbrough in the quarter-finals on Saturday and Tuchel will have to be wary of Chris Wilder’s side. While Middlesbrough’s form has been dodgy in the Championship but they have knocked out Man United and Spurs in the previous two rounds of the FA Cup.

Boro have not beaten Chelsea in their history but this time there can very easily be an upset especially since Middlesbrough play at home and they are unbeaten in their previous nine matches at the Riverside Stadium.

The Blues go into a break after this match so Tuchel should be naming his best side on Saturday. But, at the same time, they have just played in midweek so some of the players will need to be rested to prevent unnecessary injuries.

Thiago Silva and Rudiger will hold onto their place in defence but Christensen will be replaced by Chalobah as the third defender.

Andreas Christensen was forced off in midweek due to a knock and he will be ruled out on Saturday.

The manager has opted for a conventional back-four in some of his recent matches but with the injured players coming back, Tuchel will stick with his favoured 3-5-2 system.

This group gets it. 👌 pic.twitter.com/XWWdRfq6yo

Reece James and Callum Hudson-Odoi are both out injured so the Chelsea boss will not get a chance to rest Azpilicueta.

Kante, Mateo Kovacic and Jorginho all started against Lille but at least one of them will move to the bench and there’s also a chance that Saul will get a rare start.

Mason Mount and Hakim Ziyech both came off the bench in the UCL tie but both of them will get a start as Tuchel gets will want to rest Kai Havertz.

Romelu Lukaku has clearly fallen down the pecking order so we expect Timo Werner to start ahead of the faltering Belgian international.

Chelsea predicted line up vs Middlesbrough: 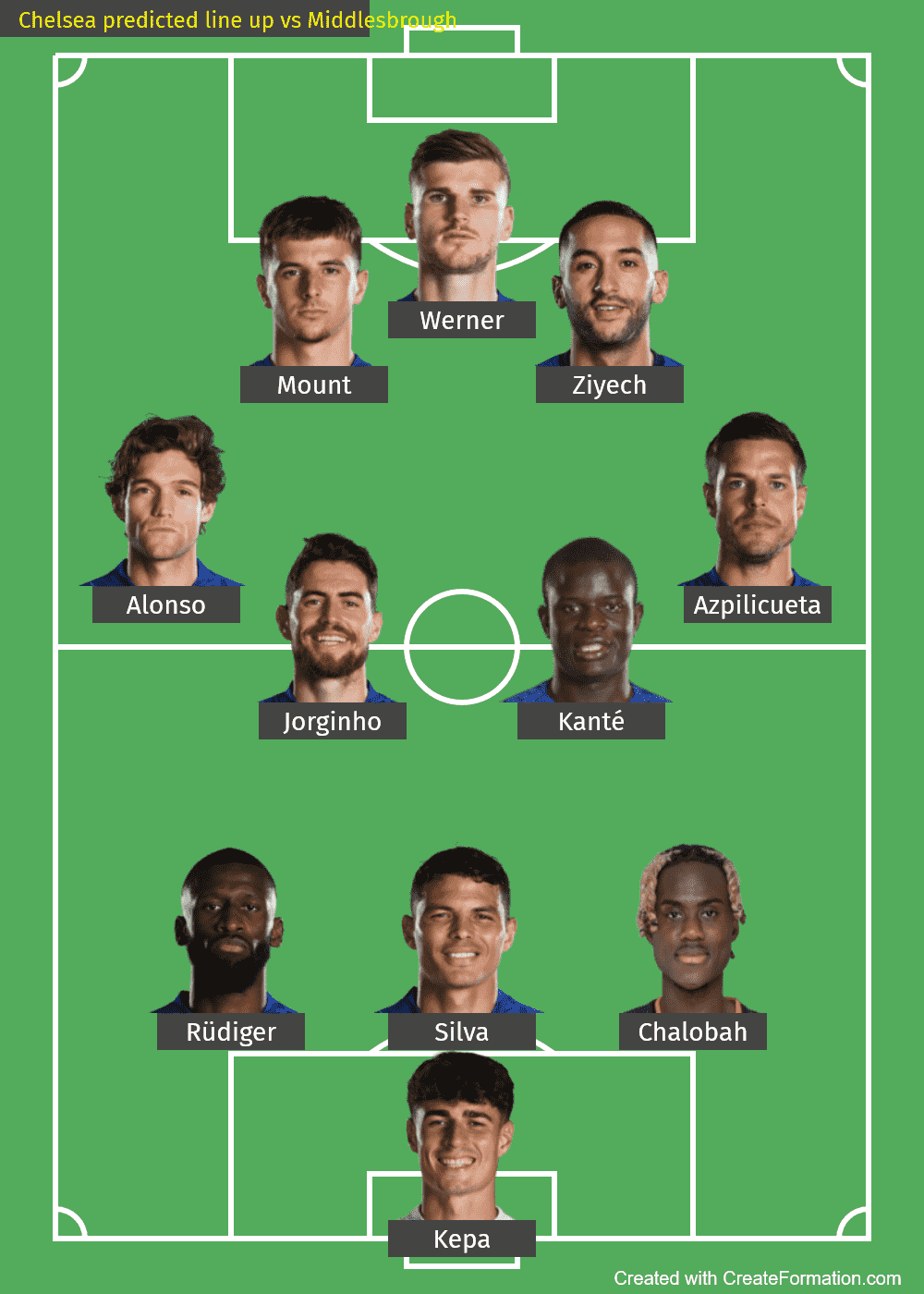 Read: Arsenal eyeing a move for this ex-Chelsea superstar.

Read: West Ham manager finally hints at selling this superstar in the summer.