Chelsea thrashed Norwich City 7-0 in the Premier League on Saturday and next up, they take on Southampton in the Carabao Cup.

The Blues are easily one of the best teams in Europe right now and given how poorly Southampton have been performing this season, we expect Tuchel’s side to pick up an easy win in this Round of 16 fixture.

Thomas Tuchel has a few injury concerns going into this game and this could be a slight problem for him since he’s planning to rotate his starting line up.

The Saints have managed to win just two out of their previous 15 meetings against Chelsea, the last one coming way back in 2019. In this campaign, Southampton have managed to pick up only one win from their first nine league games so we don’t expect them to put the rabbit out of the hat on Tuesday.

Lukaku and Timo Werner are both going to miss out meaning it will not be a major surprise if the manager opts for a change in formation, moving to a traditional back-four.

Edouard Mendy will be moving to the bench as Kepa Arrizabalaga comes into the side and even the defensive line is going to see a reshuffle.

Thiago Silva is going to be rested with Sarr coming into the side and if it’s a back-four with two full-backs then Rudiger is going to move to the bench as well.

Ben Chilwell has been in fine form over the past few weeks but Marcos Alonso is going to come back into the side as Azpilicueta replaces Reece James.

Saul Niguez has been patiently waiting on the wings since his arrival in the summer and he is more than likely to start into midfield alongside Ruben Loftus-Cheek.

N’Golo Kante is recovering from muscle tightness so he’s not going to be used by the Chelsea manager.

Ross Barkley has made a few substitutes performances here and there this season but the England international should get a start against the Saints.

Christian Pulisic is still recovering from his ankle injury but the manager has hinted that he’s yet to return to impact training so he’s not likely to be available for the Saints game.

Timo Werner and Romelu Lukaku remain sidelined with injuries so Kai Havertz will keep his place in the side. Hakim Ziyech came off the bench during the weekend but he will start in midweek.

Chelsea predicted line up vs Southampton: 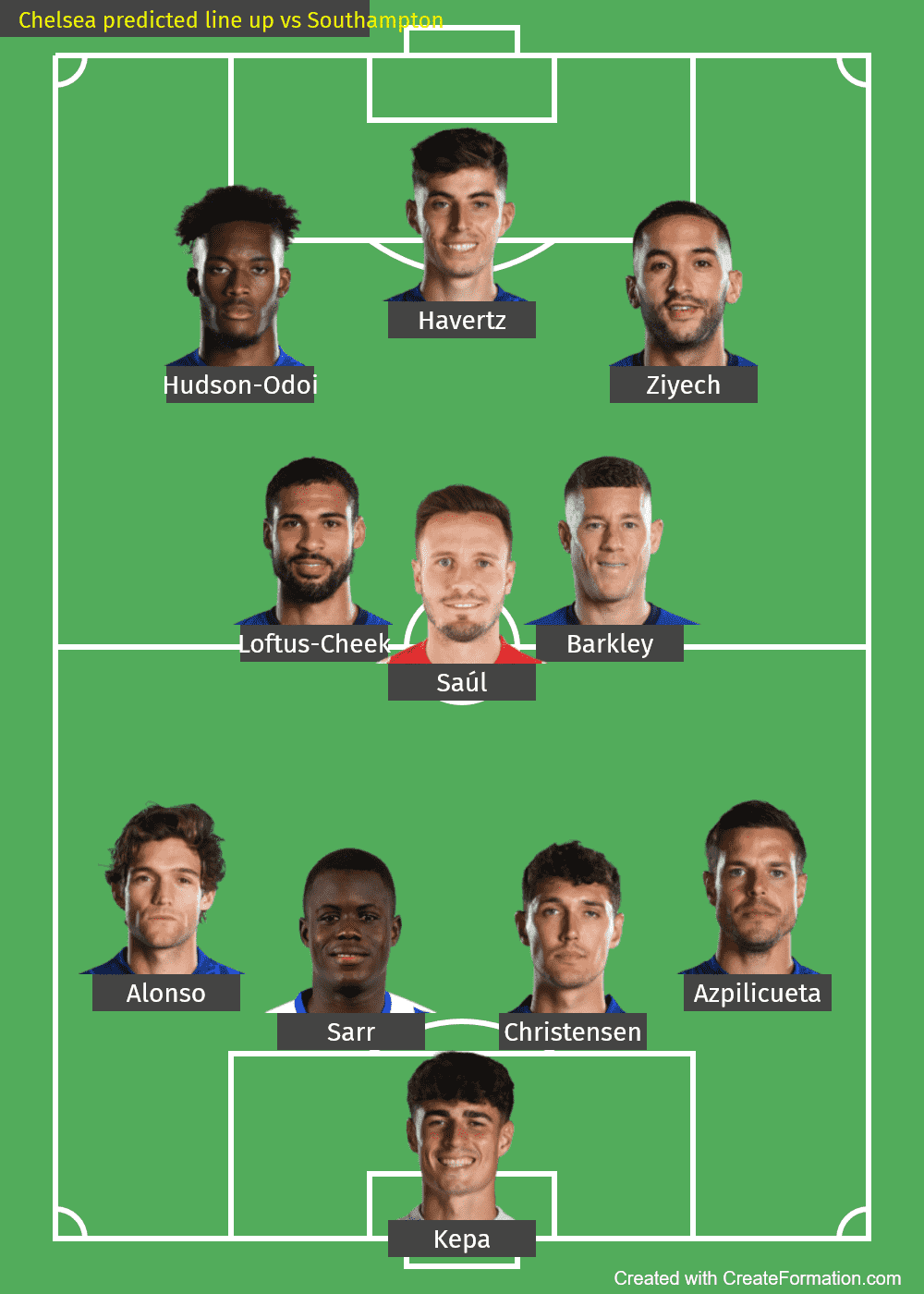 Read: Will this Blues forward fall down the pecking order after he fails to recover from his injury?

Arsenal are growing really frustrated in trying to sign Fiorentina's heavyweight forward Dusan Vlahovic which is why they are planning to shift their focus...
Read more