Chelsea beat Manchester City in the FA Cup semi-final last weekend and in turn gave themselves a wonderful chance to pick up a major silverware this season.

Now, they will have the chance to get back into the top-four of the Premier League when they take on Brighton & Hove Albion in midweek. Given the current European Super League fiasco, a top-four finish might be of no importance at all but Tuchel will have to ensure his team are still functioning as per the current rules.

The Blues have been in terrific form under Thomas Tuchel and they go into this match undefeated in 11 of their last 12 matches in the Premier League. Brighton, on the other hand, have not picked up any points from their past two matches so clearly, the Blues go into this game as the favourites.

The Chelsea manager has more or less a fully fit squad to choose from which is why he is expected to make a few rotations to his starting line-up that took the field against Man City during the weekend.

Kepa started in goal vs City but Edouard Mendy will be coming back into the side and we are expected to see the return of Christensen as well.

Christensen has returned to training without any problems and he is going to replace Thiago Silva since the manager is keen to give the Brazilian some much-deserved rest.

‘I expect Andreas to be back and to be available,’ said Tuchel. ‘He did a very good training session yesterday and I hope this will continue today.

‘With Thiago it’s a bit different, not because of injury but maybe because of acute overload after his injury with the two games. He’s not injured but we have to see if it makes sense that he starts again.’

Mateo Kovacic still remains on the sidelines with a thigh injury meaning Jorginho and N’Golo Kante will partner up in defensive midfield.

Chilwell and Reece James played as the two wing-backs against Manchester City but both of them could move the bench, making way for Hudson-Odoi and Marcos Alonso.

Pulisic has finally found his nick at Chelsea but was surprisingly left out of the FA Cup win. Now it will be interesting to see if Thomas Tuchel opts to bring him back into the side replacing Saturday’s goalscorer Hakim Ziyech.

Timo Werner started up front vs City but the German could make way for his international teammate Kai Havertz.

How Chelsea could line up vs Brighton: 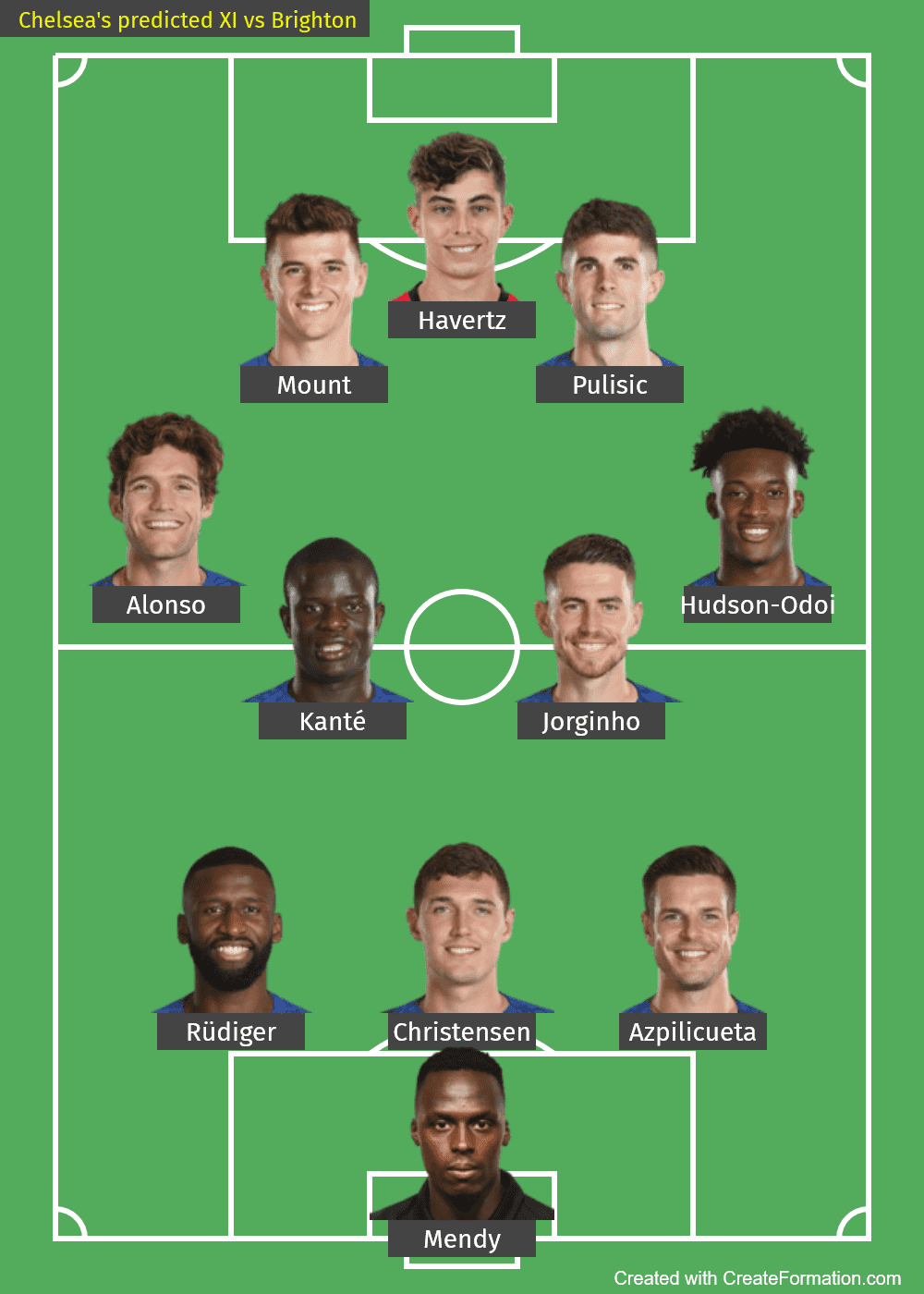 Read: Will all the 12 ESL clubs be banned & which other clubs will be joining in?

Read: Here’s how football’s greatest have responded to the European Super League.

Read: The ESL is official and here’s all that you need to know.