Chelsea are really struggling to sign Erling Haaland from Borussia Dortmund which is why the Premier League side are now being linked with Stuttgart striker Sasa Kalajdzic, as per The Athletic.

The Blues have tried almost every trick in the book to convince BVB to sell Haaland this summer but the Bundesliga side remain adamant about holding onto the Norwegian international.

As a result of this, a lot of other players are being linked with Chelsea, the latest one being 24-year-old Sasa Kalajdzic.

Who is Sasa Kalajdzic?

Sasa Kalajdzic joined VfB Stuttgart in 2019 for a fee of just £1.58 million but his value has risen in leaps and bounds over the past two years and he is currently worth £19.8 million according to TransferMarkt.

The 24-year-old played in 33 Bundesliga games for Stuttgart last season, scoring 16 goals and providing six assists. He also played in four games for Austria in the European Championship, scoring once against Italy.

His current deal with the German side runs until 2023 so this will be the perfect time for the Blues to make a move for him and get him for a bargain deal.

It’s obvious that with Erling Haaland not likely to join Chelsea, a lot of other strikers are going to be associated with them in the next couple of weeks.

But we don’t think Thomas Tuchel will be seriously interested in making a move for Sasa Kalajdzic, a player who is valued at less than 20% of what Dortmund are quoting for Haaland right now.

If the Haaland move proves to be impossible then Chelsea will likely shift their focus to someone like Romelu Lukaku or Lewandowski instead of going after a striker like Sasa Kalajdzic – a tremendously gamble signing. 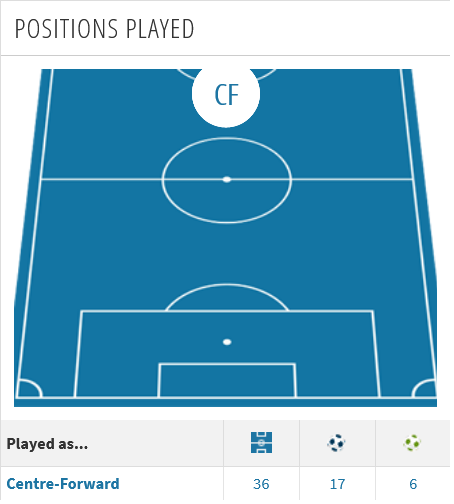 Read: Chelsea and Man United likely to withdraw interest in this defensive midfielder.

Read: Tuchel eyeing a move for this 294-goal striker as Dortmund refuse to part ways with Haaland.

Read: This Chelsea misfit could join a North London side in the summer.