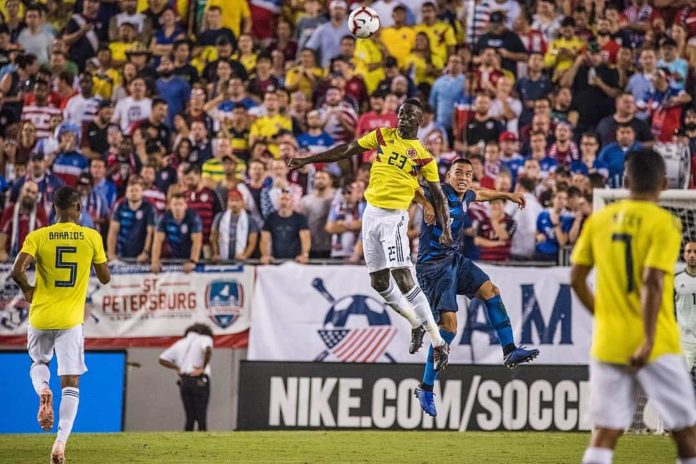 Premier League side Tottenham Hotspur are expected to part ways with defender Davinson Sanchez during the summer transfer window, as per Football Insider.

The report claims: “Tottenham are planning to sell Davinson Sanchez this summer regardless of the identity of the new manager, Football Insider has learned.

“Spurs have long identified a new senior central defender as a priority going into the next transfer window.

“A Tottenham source has told Football Insider that the club want to offload Sanchez, 24, and will listen to offers for him.”

Davinson Sanchez joined Spurs from Ajax in 2017 but the defender has not been able to stamp his authority in the starting XI over the past couple of seasons.

During the 2020-21 campaign, the centre-back has played in only 17 Premier League games for the Lilywhites and ever since Jose Mourinho’s exit, the 24-year-old cannot seem to break into the starting line-up.

Daniel Levy seems to have made up his mind to sell Sanchez in the summer so the incoming manager will have no major say in this bit of transfer business.

Spurs already have players like Eric Dier, Toby Alderweireld and Joe Rodon at their disposal so there’s no immediate concern. But what everyone is agreeing to is that Levy is not going to get a huge fee for the centre-back.

The North London club had paid around £42 million for the signing of the defender and he still has three years left on his current deal. But the given average performances he has produced this campaign, there’s no way that Levy will be able to recover that much money.

So either the club will have to hold onto him for one more season or they will have to accept the inevitable and sell him at a loss.

Read: Arsenal has two more targets to achieve before the current season ends.

Billy Gilmour has been receiving plaudits for his top-class performance against England on Friday but according to Steve Clarke, there was one player who...
Read more