England take on Albania in Group I of the World Cup qualifiers and they just need to avoid defeat on Friday to secure a place in the main event.

The Three Lions are yet to lose even a single match in their group but they have drawn two out of their previous three matches. Combine this will several injury absentees and Gareth Southgate could be under a bit of pressure when choosing his first XI.

Albania are not going to lay down and let England walk over them as they are very much in the race to finish second in the group. They have won three of their previous five matches and are expected to throw the kitchen sink at the home side.

The manager is likely to name a full-strength side on Friday in the hopes of picking up all three points so that he has the luxury of using fringe players against San Marino next week.

Aaron Ramsdale has been brilliant for Arsenal this season and the manager has admitted that he is in contention to become the No 1 for England in the coming days.

Southgate had said recently: “There’s a fight on, we’ve got competition for places and we need competition in every position and Aaron [Ramsdale] and Sam [Johnstone] are definitely providing that to Jordan [Pickford].”

These words of encouragement will really be helpful for the Arsenal keeper but we don’t think the manager will drop Pickford to the bench against Albania.

Harry Maguire has been under real pressure for his club and most pundits want him to be dropped from the national team. We doubt if Southgate is going to do that even though he has Tyrone Mings as a backup.

Luke Shaw has withdrawn from the England squad with a suspected concussion from an injury during the Manchester Derby and this means Ben Chilwell will be the undisputed left full-back during the international break.

Midfielder James Ward Prowse has also pulled out from the squad meaning Declan Rice and Kalvin Phillips are going to be the main defensive pairing on Friday.

Chelsea’s Mason Mount has picked up an infection due to dental surgery so he too will be unavailable for selection.

Raheem Sterling has been having a tough time at Manchester City so we might see young Bukayo Saka take his place on the right flank with Phil Foden playing in a more central role.

Marcus Rashford misses out with an injury so Jack Grealish will play on the left wing while Harry Kane plays as the main centre-forward.

England predicted line up vs Albania: 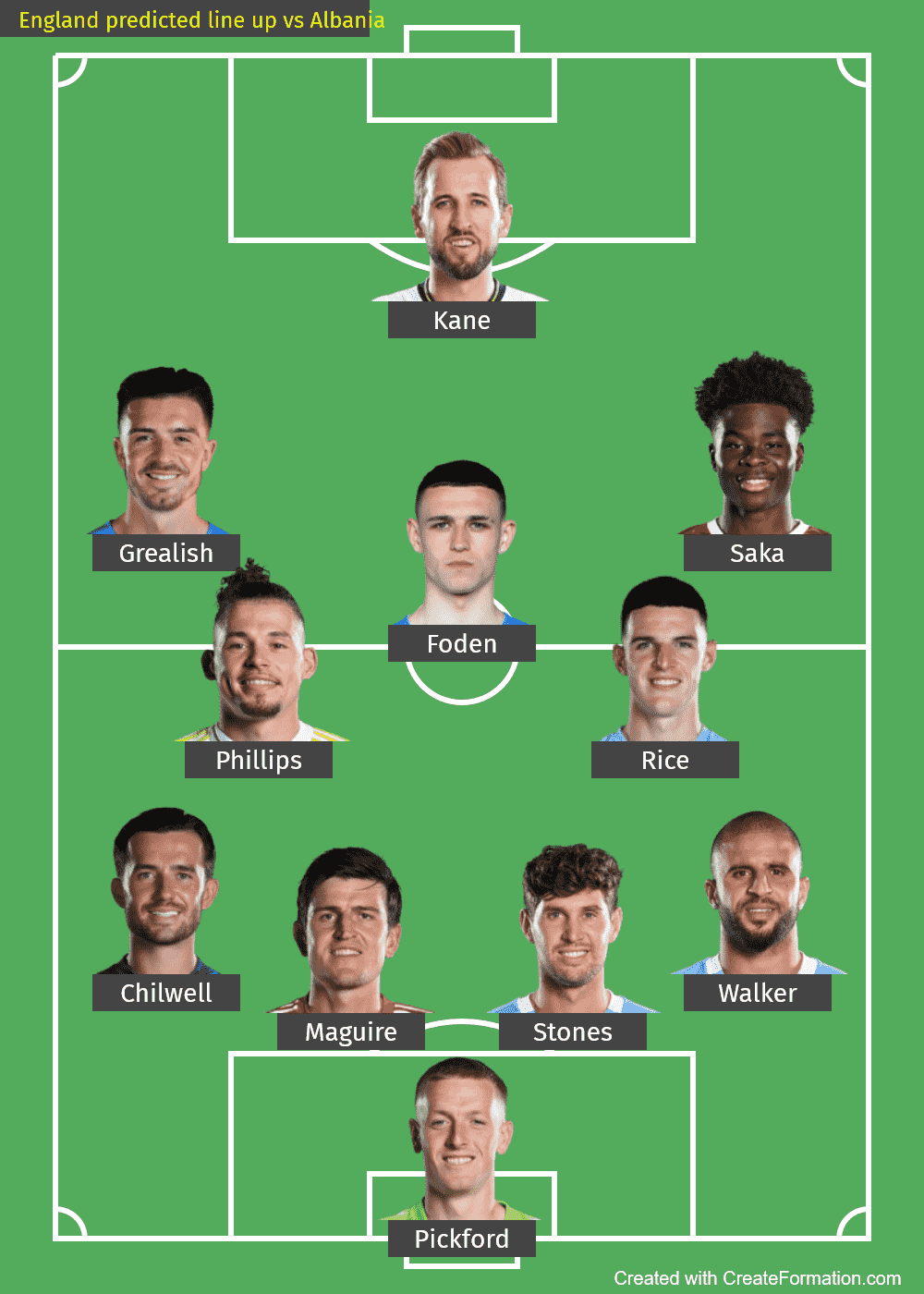 Declan Rice has pulled out of the matchday squad due to illness so Jordan Henderson is likely to replace him in midfield on Friday.

Arsenal are growing really frustrated in trying to sign Fiorentina's heavyweight forward Dusan Vlahovic which is why they are planning to shift their focus...
Read more

Newcastle United are currently the favourites to sign Jesse Lingard but according to West Ham assistant manager Stuart Pearce, the Hammers are still trying...
Read more