England beat Hungary 4-0 in their first World Cup qualifier of the international break and next up, they take on Andorra on Sunday.

The Three Lions have picked up 12 points from their first four matches in the group and Southgate’s side should be able to get past Andorra without much effort.

The English manager had named a really strong side against Hungary but he is expected to rest most of his first-team regulars as he checks his bench strength on Sunday.

England have kept a clean sheet in their last four matches against Andorra in all competitions and are undefeated in 20 of their last 22 matches in the World Cup competition. Several English players are one booking away from suspension so they are not likely to be risked in this game.

Southgate used a 4-2-3-1 system against Hungary and he is expected to stick with the same formation this weekend as well.

Harry Maguire and John Stones will likely partner up in central defence but the manager also has the option of calling in Tyrone Mings.

Kyle Walker is one booking away from missing the Poland game so he should be on the bench as Reece James and Alexander-Arnold fight for the right-back spot. Luke Shaw should hold onto his spot.

Declan Rice is another player who is on the verge of a suspension so Jude Bellingham will come into midfield alongside Jordan Henderson. Andorra are not the strongest side so Kalvin Phillips will also be rested.

Jesse Lingard is expected to get a run-in ahead of Mason Mount as Gareth Southgate looks to rotate his squad but Jack Grealish should get another start.

Bukayo Saka came off the bench against Hungary but he is going to get the nod ahead of Raheem Sterling on Sunday.

Jadon Sancho still remains a doubt with a knock.

Harry Kane will remain on the bench due to the fear of a suspension against Poland. And since Dominic Calvert-Lewin is out injured, Patrick Bamford will hopefully make his England debut.

England predicted line up vs Andorra: 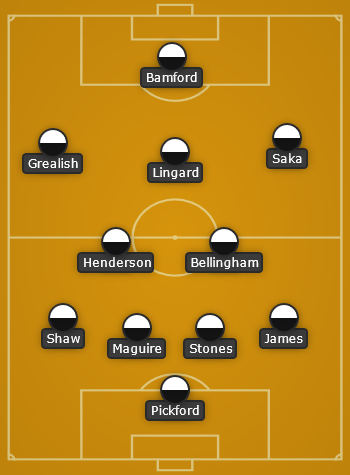 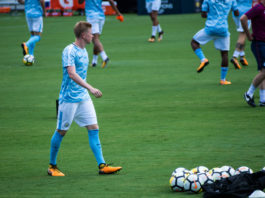 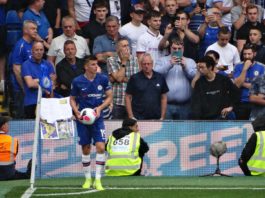