England breezed past Andorra in their second World Cup qualifier match of the international break but now they must face a sterner test in the form of Poland.

The Three Lions beat Andorra 4-0 on Sunday meaning they have netted eight goals in their two matches. But we do not expect to see a similar result in midweek.

Poland are currently sitting second in the group, five points behind leaders England and if they want to catch up with Southgate’s side then they will have to bag all three points on Wednesday.

This though will be easier said than done since the English boss played a second fiddle side against Andorra so most of his first-team regulars are properly rested before their last game in the international break.

Jordan Pickford will be back in front of goal while Reece James and Kieran Trippier will move to the bench.

The defensive line will see a total reshuffle with Shaw and Kyle Walker coming back into the starting XI along with John Stones and Harry Maguire.

Southgate used a 4-3-3 formation against Andorra as he chose to use Trent Alexander-Arnold in midfield. A lot of debate has happened over this selection since Sunday but normalcy will resume against Poland as Declan Rice and Kalvin Phillips come back into the side.

Jordan Henderson put in a pretty fine shift in central midfield and he could be used as a late substitute on Wednesday.

Harry Kane and Raheem Sterling were rested during the weekend but they will return to the starting line up as will Mason Mount.

Jesse Lingard put on a five-star display vs Andorra, scoring two and assisting one goal. But with Sterling returning, the Manchester United midfielder will once again have to be content with a place on the bench.

Jack Grealish came on as a sub in the 62nd minute but he will most certainly get a starting role in midweek, on the left-hand side of attack.

Arsenal’s Bukayo Saka was another goalscorer for England on Sunday but he too will have to move to the bench.

England predicted line up vs Poland: 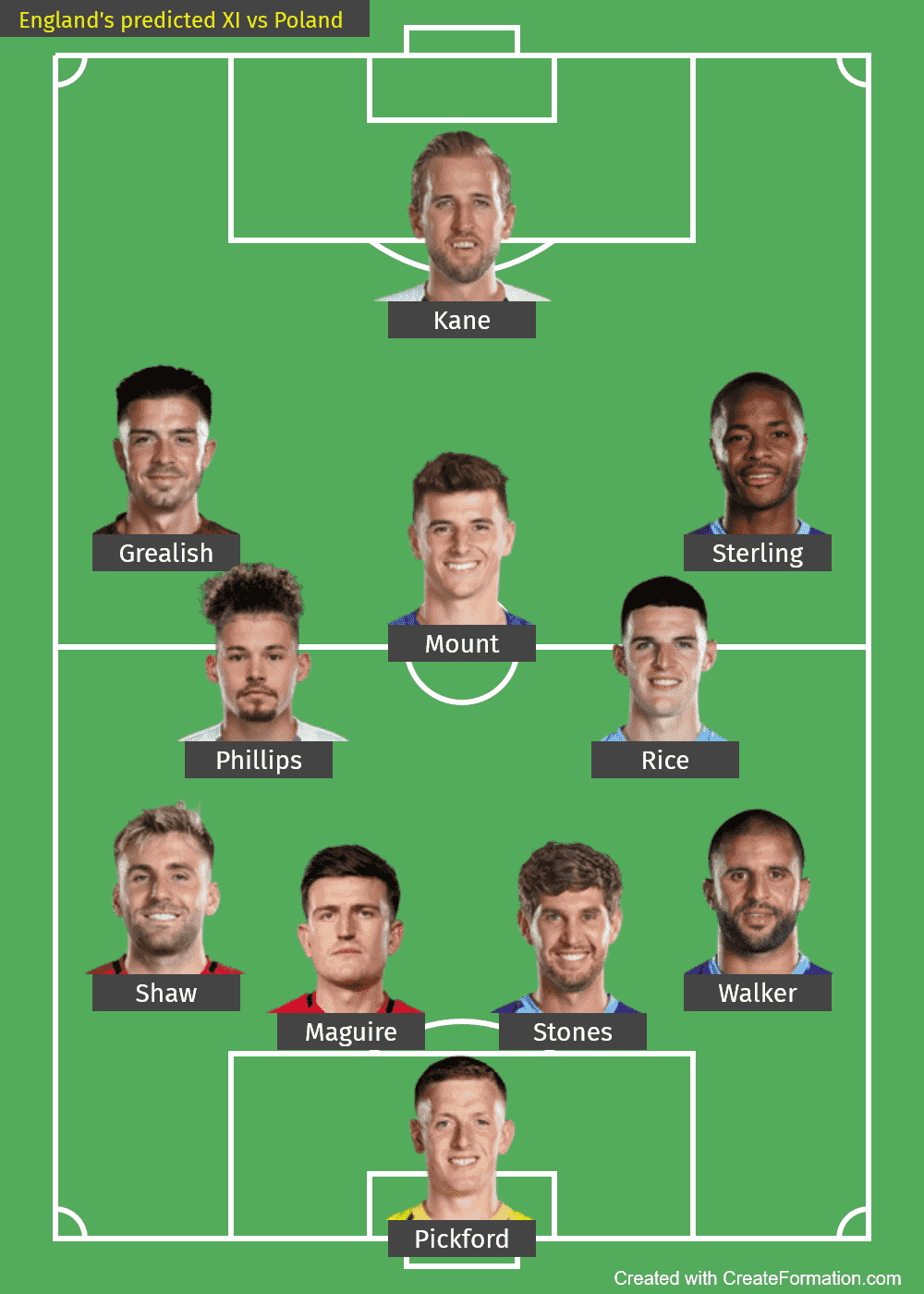 Man United are about to make their first major summer signing and it’s not Frenkie de Jong: Necessary signing?

Man City will pull off a masterstroke if they can sell this unwanted player to Chelsea: Should Tuchel think twice?

24Y/O defender is ready to play in the Premier League but will he choose a move to Man United or Arsenal?

Man United are about to make their first major summer signing and it’s not Frenkie de Jong: Necessary signing?

Man City will pull off a masterstroke if they can sell this unwanted player to Chelsea: Should Tuchel think twice?

Chelsea are moving closer to signing Nathan Ake from Manchester City but according to Paul Robinson, this one might not be a sensible transfer...
Read more

24Y/O defender is ready to play in the Premier League but will he choose a move to Man United or Arsenal?

According to Fabrizio Romano, Lisandro Martinez has his heart set on moving to the Premier League which is a tremendous boost for Arsenal and...
Read more