After that 5-0 loss to Liverpool, Man United managed to turn things around this weekend, beating Spurs 3-0 away from home. This win was much-needed as they still have their Champions League games to take care of.

The Premier League side are sitting at the top of Group F but teams like Villarreal and Atalanta are breathing down their necks. They face Atalanta away from home in their next group match and Ole’s side need to pick up a win to open up a gap at the top of the table.

Despite the win on Saturday, Solskjaer remains under tremendous pressure and he will need his side to pick up an assured win on Wednesday so that he can take a really poised side into the Manchester Derby next weekend.

Man United have a great record against Italian opponents, losing just one of their previous 11 games but they had to really struggle to beat Atalanta when these two sides met earlier in October.

Ole used a 3-4-1-2 formation against Tottenham and there’s a big chance that he is going to stick with this same system for the next couple of matches. This formation not only bulks up his midfield but also adds a bit more defensive stability.

Varane returned from injury to start at the heart of defence on Saturday and barring an injury concern, Solskjaer is not going to tinker with his defensive line in midweek.

Fred and McTominay paired up in midfield and they were able to shut out the Spurs attackers. The pair will be in line to start in midweek but it will not be a surprise if the Man United boss chooses to rest one of them keeping in mind the Manchester derby.

Paul Pogba will be available for Wednesday’s game but we don’t think the manager will use him since he’s using two wing-backs.

Marcus Rashford scored the third goal for Man United on Saturday and there’s a big chance he will partner Ronaldo against Atlanta. Cavani came down with cramps during the latter stages vs Spurs so he is not expected to be risked.

Players like Jesse Lingard, Van de Beek and Jadon Sancho will be pushing for starts but we don’t think any one of them will be used in the starting XI.

Anthony Martial remains the only injury concern as Man United head to the Gewiss Stadium but even if he is fit, we don’t think he will find a place in the matchday squad. 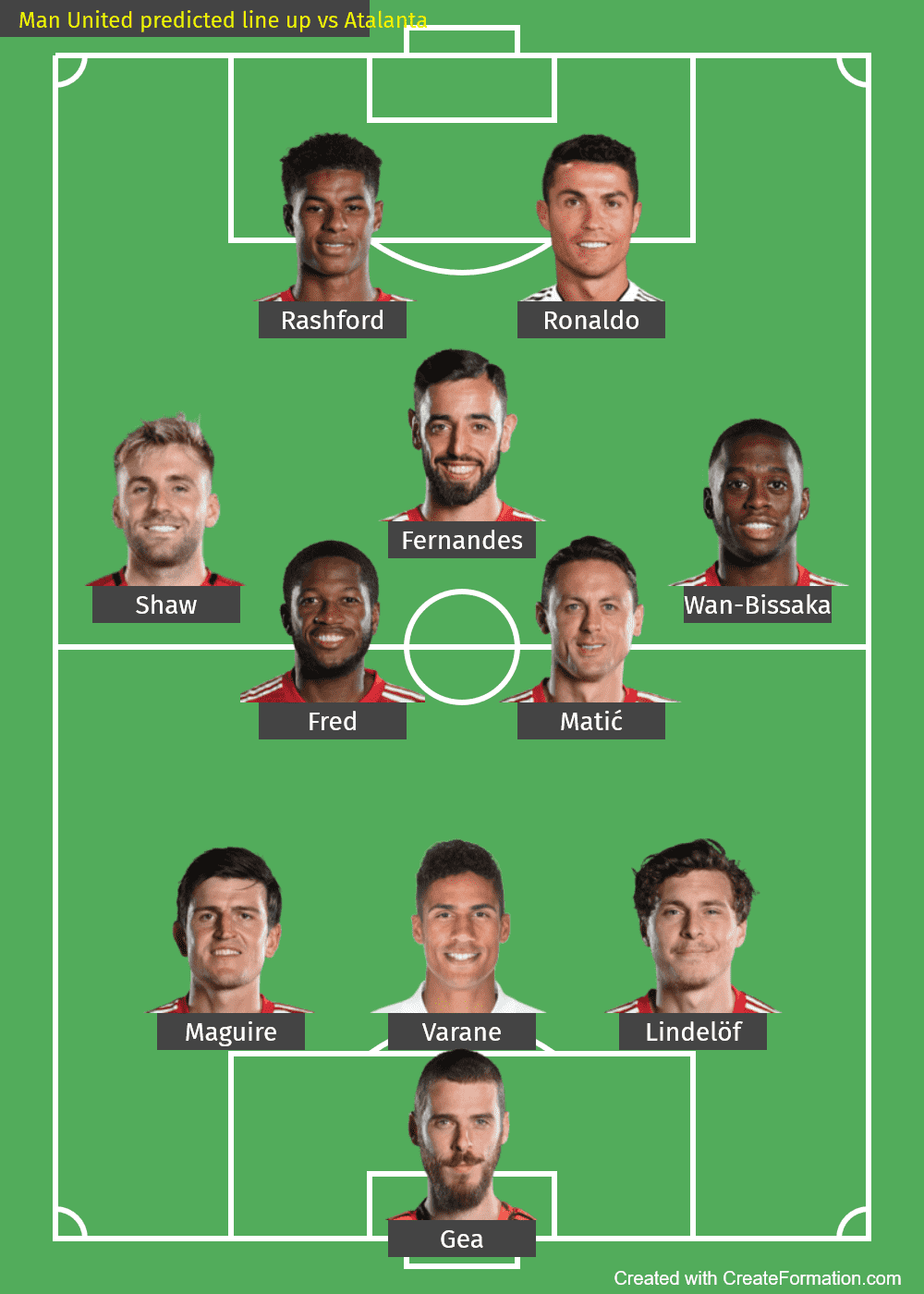 Read: Man City and Man United are ready to fight it out for this 23 Y/O defensive midfielder.