Rangers FC suffered a shock defeat at the hands of St Johnstone in the Scottish FA Cup quarter-final and right after this defeat, they take on Celtic FC in the Old Firm Derby.

This latest derby will do nothing to change the fate of either side in the Premiership and the only thing the Gers will be looking to ensure is that they do not suffer their first loss of the 2020-21 league season.

Also, Rangers FC are undefeated in their last 5 matches against Celtic in all competitions and Gerrard will look to keep it that way with only a handful of games remaining this campaign.

Steven Gerrard named his strongest side vs St Johnstone which has led many to believe that the manager might choose to rest a few this weekend. But the last thing he will want to do is to end the season on a bitter note by suffering a loss at the hands of Celtic in the final Old Firm derby of the season.

Filip Helander was taken off the pitch during the quarter-final and it looks like the defender will not play any further part this season. With Helander ruled out, January signing Jack Simpson will come into the side, playing in central defence alongside Connor Goldson.

With Calvin Bassey suspended, Borna Barisic will operate at left-back. Nathan Patterson is also unavailable for this match so skipper James Tavernier will take the field on the right-hand side of defence.

Steven Davis has done a wonderful job in the absence of Ryan Jack and the 36-year-old will be deployed in defensive midfield with Glen Kamara and Joe Aribo playing a bit further up front.

Gerrard has the chance of using someone like Kemar Roofe on the right flank but we think the Rangers FC boss will stick with Ianis Hagi in that role while Ryan Kent operates on the other side. Alfredo Morelos will lead the line with Jermain Defoe watching from the bench.

How Rangers FC could line up on Sunday: 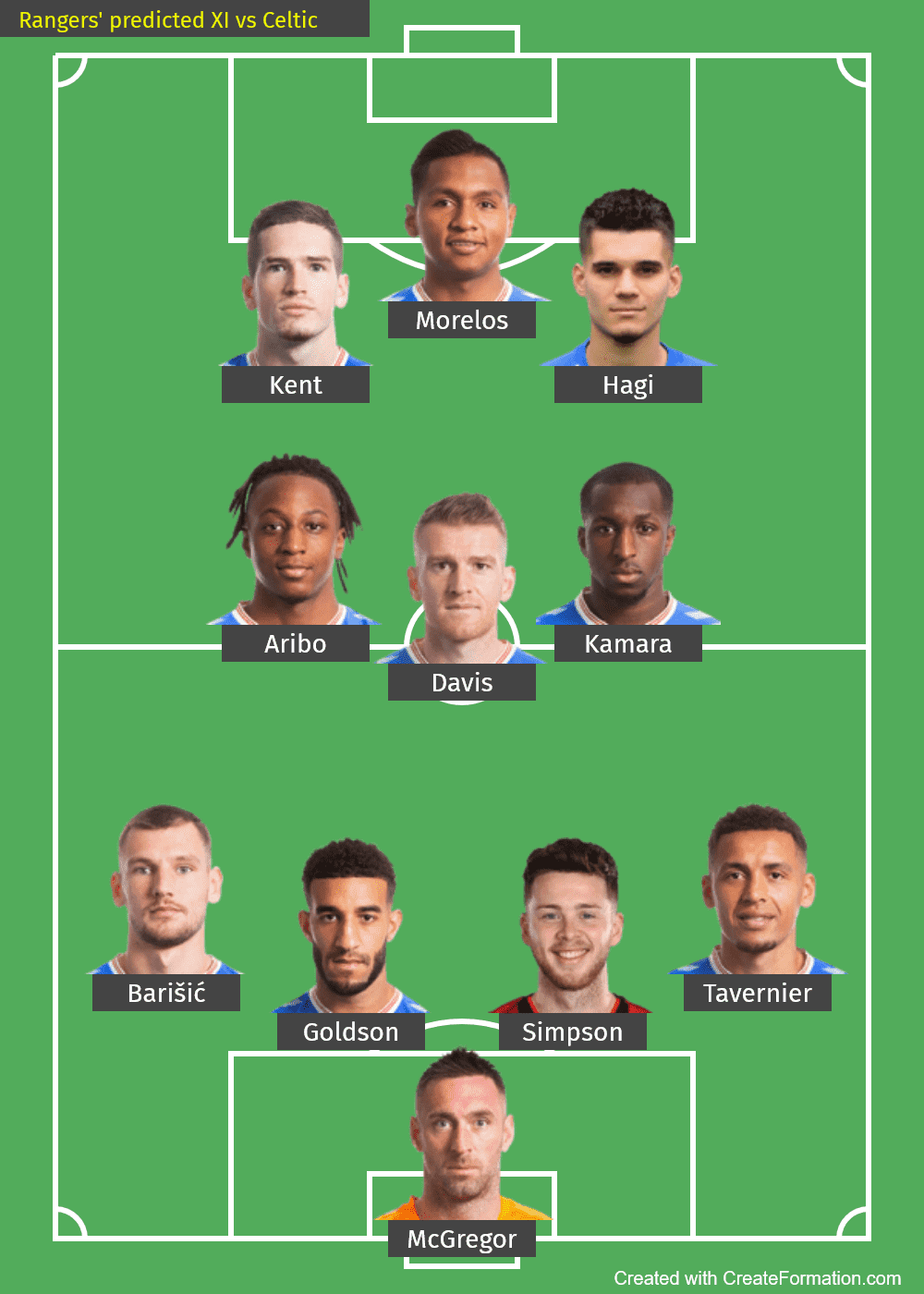 Leicester City have suffered a few setbacks in the Premier League in the past couple of weeks, winning just two out of their previous...
Read more