Real Madrid returned to the La Liga after the international break with a 2-0 win over Eibar and next up, they will face Liverpool in the quarter-finals of the Champions League.

The win vs Eibar means Real Madrid have moved within three points of league leaders Atletico Madrid and they will have the chance to close the gap further when they face Barcelona next weekend.

But right now, Zidane will want his players to be fully focused on the Liverpool game since the Premier League side go into this match at the back of a superb 3-0 win over Arsenal. And in this match, Jurgen Klopp’s side played some really eye-catching football.

Militao, Nacho and Mendy played as the three-man backline during the weekend but a change of formation will see Raphael Varane come back into the line-up. The Frenchman will play in central defence alongside Nacho with Mendy playing in at left-back.

Lucas Vazquez played as a right wing-back against Eibar but he will now slot in as a conventional right-back in midweek.

A change in formation means Marcelo is likely to miss out against Liverpool as Toni Kroos will have to come into midfield and partner Luka Modric and Casemiro.

Valverde is also expected to return from injury but the 22-year-old will start on the bench for this one and will come on only if needed.

Eden Hazard could also make a comeback from his injury according to Zidane but we don’t think the manager will risk using him in the attacking third on Tuesday.

“Hopefully we can get Valverde and Hazard back,” Zidane said on Saturday. “We will see tomorrow and the day after. “Today it was not possible but I hope that on Tuesday they can be with us.”

With Hazard likely to start on the bench, Benzema will be assisted by Vinicius and Marco Asensio up front. 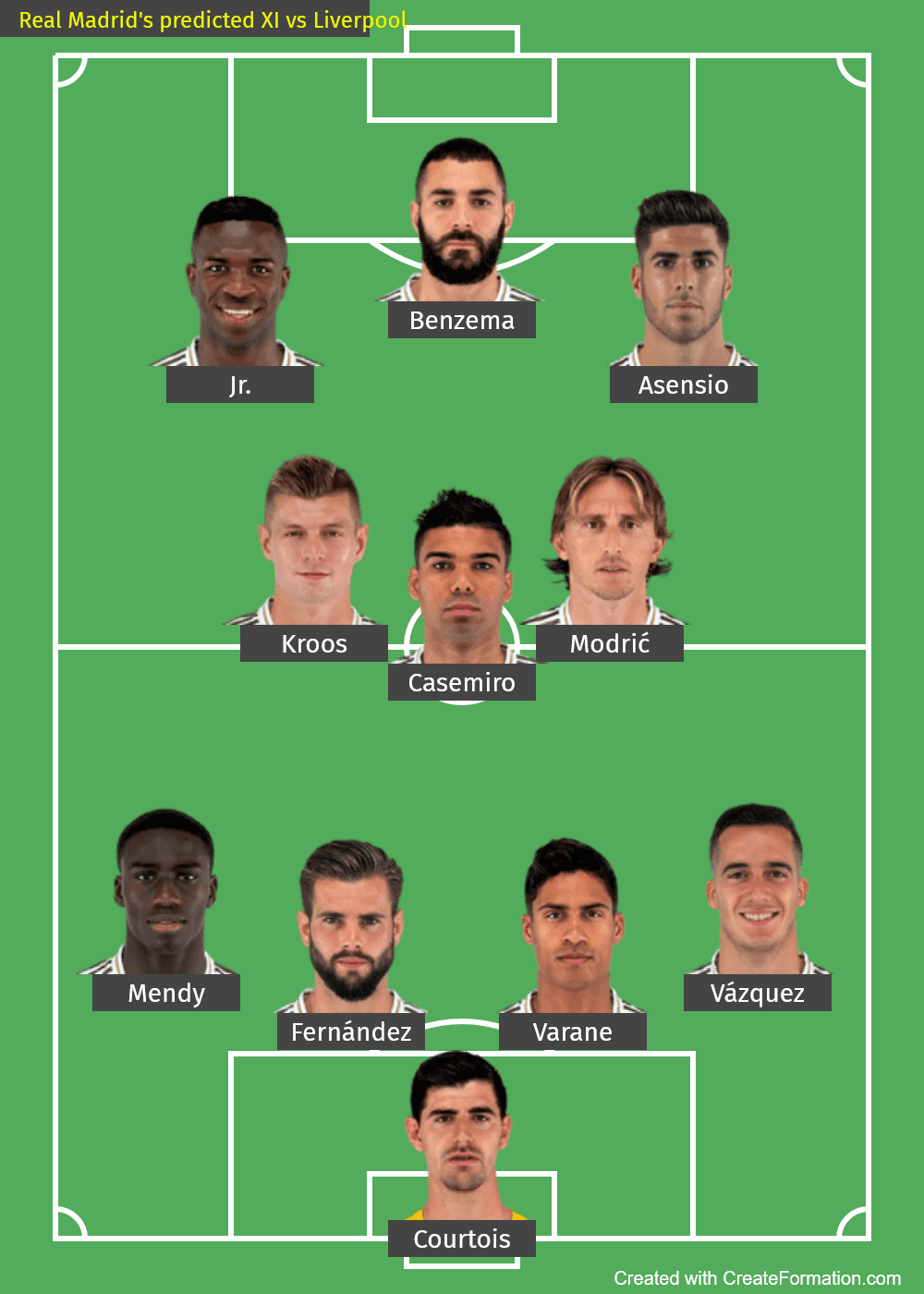 Borussia Dortmund managed to secure a hard-fought 3-2 win over Stuttgart during the weekend and now they have the uphill task of keeping Manchester...
Read more

Real Madrid take on Liverpool in the Champions League this week and the Los Blancos go into this second leg at the back of...
Read more

Man United managed to come back from behind yet again in the Premier League, this time beating Spurs 3-1, away from home. But things...
Read more

Arsenal took on Slavia Prague in the Europa League quarter-finals last week and the Premier League side were the favourites to win this first...
Read more

Liverpool were torn apart by Real Madrid in the first leg of their Champions League quarter-final clash and according to Paolo Di Canio, Zinedine...
Read more