Spurs are staring down the barrel once again as they are currently seventh on the league table but they still have an outside chance of making it into the top-four.

Ryan Mason is in charge at the club as the interim coach and he now has the duty to pick up a win in the Premier League when Tottenham Hotspur take on Sheffield United on Sunday.

Spurs go into this game at the back of an EFL Cup final loss to Manchester City so this match against the Blades could not have come at a better time for them since Sheffield have already been relegated from the Premier League.

Mason is under no pressure whatsoever but if he can help Tottenham pick up a win on Sunday, they go within touching distance of the top-four – at least for the time being. Sheffield United have lost their last 6 away matches in the Premier League and with the kind of firepower that Spurs have, the home side should be picking up a win and which is sure to make things interesting for the final few weeks.

Eric Dier and Alderweireld paired up in central defence vs Manchester City and the duo will reprise their role on Sunday as well.

Ben Davies remains the only injury absentee and Mason has confirmed that the full-back will not be available for the Sheffield game. Matt Doherty though is back to full fitness and is in contention to feature on Sunday.

He told the press: “In terms of injuries, it’s the same as last week. Ben Davies is the only one out injured at the moment. Matt Doherty has been training since last week. He had a period of time out injured, but he’s back with the group and has trained all week.”

Harry Winks was a surprise inclusion last weekend in the final as he replaced Ndombele in the middle of the park. But we expect Ndombele to come back into the side and partner Hojbjerg.

Lo Celso has been a mainstay in that No 10 role even under Ryan Mason and the 25-year-old will keep his place against Sheffield United meaning Erik Lamela and Dele Alli will once again warm the benches.

Harry Kane has been confirmed fit by the interim coach and we expect Gareth Bale to start on the right flank in place of Lucas Moura.

Mason said: “Harry is fine in terms of the injury. He was disappointed (after the final), like all of us.

“It hurts us, players, coaches, everyone associated with the Club. Harry is a top professional, like the whole group. We’ve trained hard, trained well and we’re prepared for the weekend.” 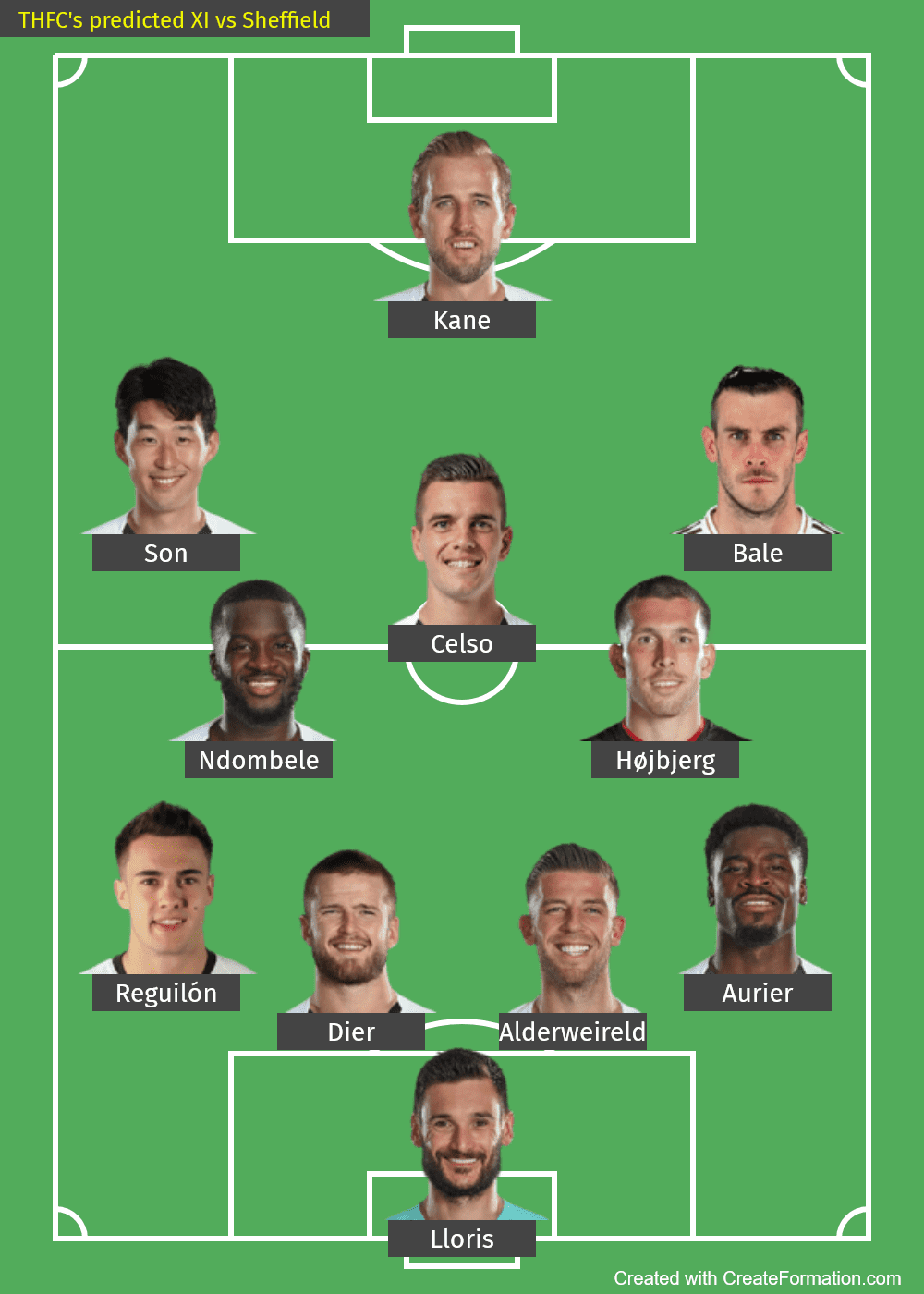 Read: Tottenham’s biggest asset is adamant about leaving in the summer.

Read: This manager could earn more than Mourinho if he agrees to join Spurs.

Read: Here’s whom Spurs are targeting as their next manager.

Arsenal looking to offload Lacazette as they plan to make a move for this 25 Y/O striker: Sensible choice?

Arsenal looking to offload Lacazette as they plan to make a move for this 25 Y/O striker: Sensible choice?