Italy vs Spain is going to be the first semi-final of the European Championship and we are expecting nothing but fireworks from this game.

Italy have been on a roll in this tournament and the Azzurri are the most consistent side, right from the group stages till the quarter-final against Belgium.

Mancini’s side stood firm against Belgium in the last round and given that they have won 14 of their last 15 matches in the European Championship, they are the favourites to pick up a win on Tuesday night.

Spain, on the other hand, needed extra time and penalties to beat Switzerland in the quarter-final but with each passing game, their performances have been improving. While Spain themselves are in a great run in the Euros but they failed to beat Italy in their previous eight away meetings across all competitions.

The first and major news for the Italy vs Spain game is that Leonardo Spinazzola will miss out after picking up an Achilles injury against Belgium. The left-back is likely to replaced by Emerson.

Lorenzo Pellegrini is another absentee for Italy but there’s a slight chance that Florenzi might be fit and available for selection on Tuesday.

Ciro Immobile had a really average outing against Belgium so it will be a big surprise if he is replaced by Andrea Belotti in the semi-final.

Apart from these few changes manager Roberto Mancini is not expected to tinker with his starting line too much, unless absolutely necessary.

Pablo Sarabia has likely picked up an abductor injury and is going to miss out from the starting XI for Spain on Tuesday. With Sarabia out, Dani Olmo could come into the side and play on the left wing.

Busquets, Koke and Pedri have done a pretty great job in midfield so far in this tournament so the manager is not likely to make any changes in this area of the pitch.

Pau Torres played in central defence alongside Aymeric Laporte against Switzerland and the Villarreal man is likely to keep his place for the semi-final as well. 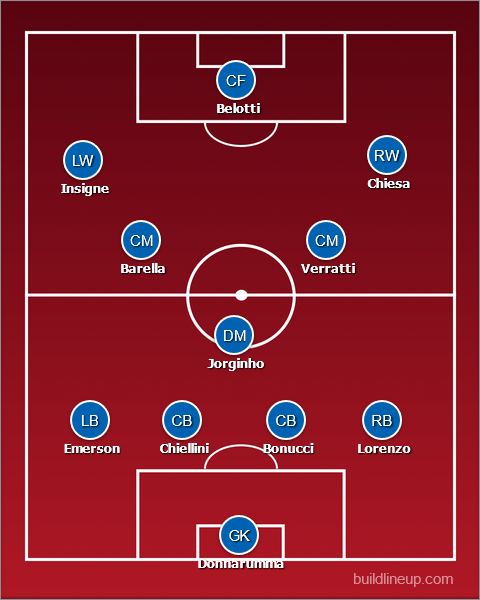 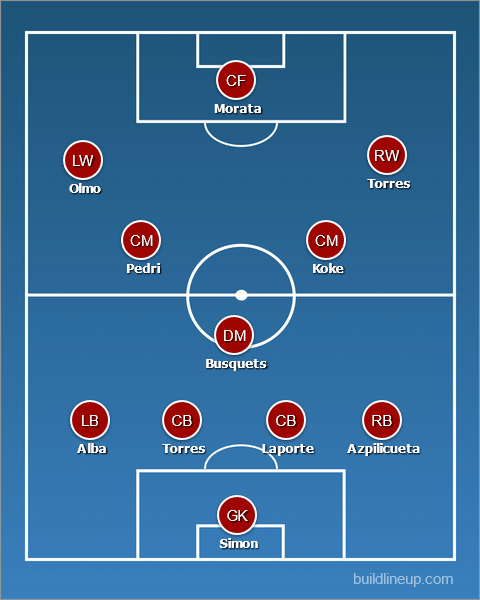