Mason Mount and Jack Grealish have both seen a meteoric rise in the past two years and now that Grealish has joined Manchester City, the two English internationals can finally be measured in the same weighing scale.

Ideally, both of them can find a place in the England first XI at the same time but the Jack Grealish vs Mason Mount battle this season could very well pave the way for England’s campaign during the World Cup.

Mount obviously had a dream campaign with Chelsea last time around, winning the Champions League and then reaching the European Championship final with England. Jack Grealish, on the other hand, had a bit of an injury-hit season with Aston Villa but the playmaker managed to sweep all that frustration under the carpet with some superb displays for the Three Lions in the summer.

Manchester City broke the bank to sign the Villa man for a monstrous fee of £100 million and the 26-year-old has taken no time at all to settle down at the Etihad Stadium, scoring one and assisting one in his first four Premier League games.

Both of them are going to be key for their respective clubs as well as the England national team but with such fierce competition in the attacking department, only one of them is going to shine for the Three Lions at the 2022 World Cup.

The Man City man is ideally a left-winger but can also play in that No 10 role, a position where Mason Mount generally operates for club and country.

Raheem Sterling and Rashford are fighting for a role on the flanks so Jack Grealish vs Mason Mount is going to be the key battle for the attacking midfielder’s role in Southgate’s side.

The versatility of Grealish is going to come in handy for both Guardiola as well as Southgate which is why he and Mount can very easily coexist in the same starting line-up for England.

But England have a plethora of attacking talent in their squad right now so pratically will dicate that only one of Grealish or Mount will get to feature for the Three Lions.

Last season, Jack Grealish played 19 games on the left-hand side of attack for Aston Villa and a further eight matches as the No 10. Mason Mount, on the other hand, had played 35 games in the advanced midfielder’s role meaning if his form were to dip at the wrong time then he will really struggle to find a place in the starting line-up, both at Chelsea as well as England.

Jack Grealish had an injury-hit 2020-21 season so he could only play 2184 minutes across 26 Premier League games. Mount though played 36 league games, scoring six goals, the same number as his English teammate.

The number of goals might be the same but a lot of people will be surprised to see that Mount actually was better in the attacking areas than Jack Grealish.

The City man had only 29 shots while Mason Mount had as many as 59 shots, with an accuracy of 45.76%. Mount made only 456 forward passes while Jack Grealish could only make 315 passes.

But we also have to keep into account the fact that the 26-year-old played 10 games less than the Chelsea midfielder. 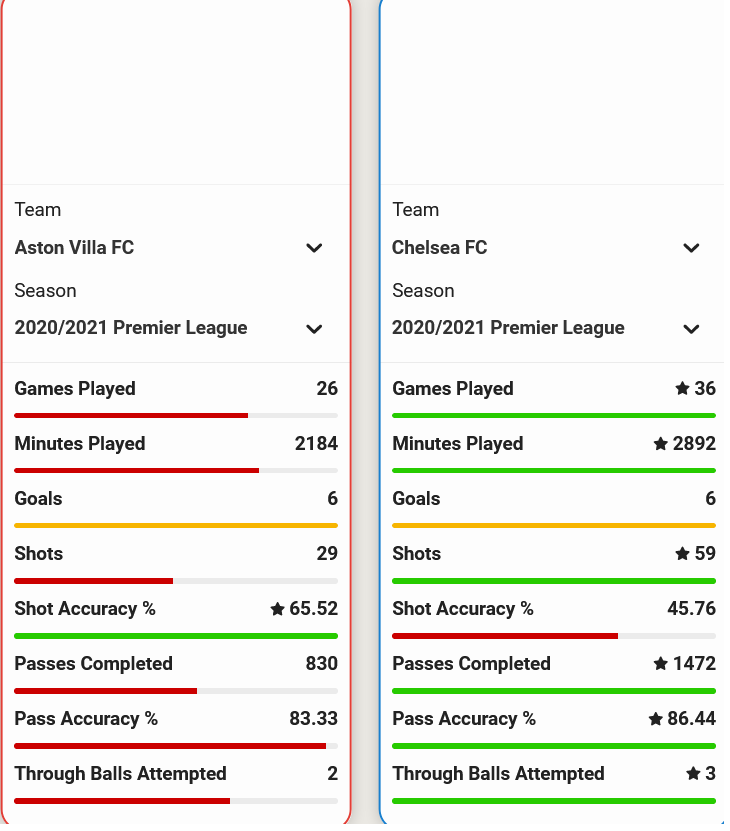 Mason Mount is without a doubt more helpful in the defensive areas than Jack Grealish as he made 75 tackles in comparison to Grealish’s 31 and also helped out with 12 clearances.

The Man City man will not be needed too much in his own penalty box thanks to the way Pep Guardiola’s side play but for England, this could be a key deciding factor for Gareth Southgate.

The Three Lions do not play such an attacking and dominating brand of football as Man City so players like Grealish, Mount and Sterling will have to be willing to contribute defensively. 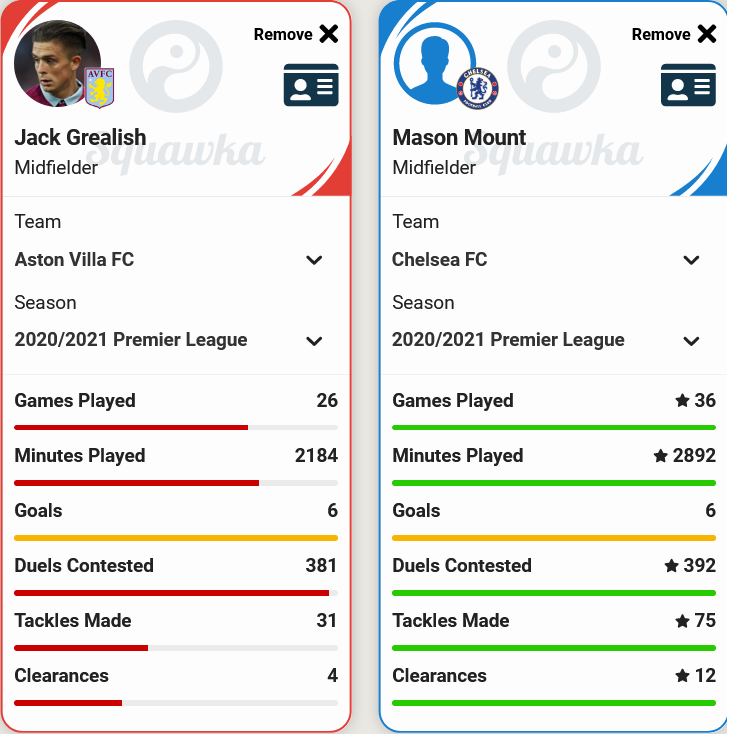 The versatility of Jack Grealish in the final third is a huge asset for manager Pep Guardiola so we expect him to feature heavily for Manchester City this season.

And if Mason Mount can also match his A-class performance from the previous campaign then he’s going to keep players like Pulisic and Werner on the bench this time as well.

But the real fight is going to take place when it comes to the England team selection. Gareth Southgate will want a midfielder who can track back and help out in defensive situations, something which Mason Mount is much more fit at doing as compared to Jack Grealish.

So, in the end, the Jack Grealish vs Mason Mount might not be too big a deal during the Premier League but it’s sure to take centre-stage for the upcoming 2022 World Cup.

The stats were true at the time of writing this article.

Raheem Sterling has 18 months left on his current deal with Manchester City and with each passing week, rumours of his exit are picking...
Read more

Liverpool are scheduled to take on Watford in an early kick-off on Saturday and the Anfield outfit will be without some really important players. Talking...
Read more

Chelsea take on Brentford in gameweek eight of the Premier League and Thomas Tuchel has confirmed that he will be without some really important...
Read more