Leicester City have made a pretty average start to their Premier League campaign, losing three and drawing two out of their first seven matches.

Next up, they take on Manchester United on Saturday and Brendan Rodgers’ side will have the chance to redeem themselves as Ole’s dealing with several problems of his own.

The Foxes had a few injuries going into the international break but some of them will return to action this weekend which is a big plus for the manager.

United themselves will be without some primary players this weekend so Leicester City will be aiming to pick up all three points on Saturday but at the same time, they will have to tighten their own defensive line. They have conceded 12 goals in the seven league matches they have played this season so if they are not careful enough then United could perform the perfect smash and grab.

Jonny Evans is recovering from an ankle injury and there’s a big chance the ex-United man will be available for selection this weekend.

But even if he is fit, we doubt if Brendan Rodgers will use him in the starting line up. Vestergaard and Soyuncu are going to pair up in central defence.

Bertrand and Castagne are going to reprise their role as the two full-backs and even the midfield is likely to remain the same.

Wilfred Ndidi picked up a hamstring injury right before the international break and as per the latest reports, he might not be fit to face Manchester United.

With Ndidi likely to miss out Choudhury and Tielemans are once again going to pair up in midfield.

We expect the Leicester City boss to use a 4-4-2 formation once again and if that is the case then both James Maddison and Albrighton will have to be content with a place on the bench.

The pair had the same role against Palace and if the formation is not changing then their fate won’t either.

James Vardy suffered a chest injury in the 2-2 draw with Crystal Palace but he’s expected to be fully fit for the Manchester United clash. He will partner with Iheanacho up front. 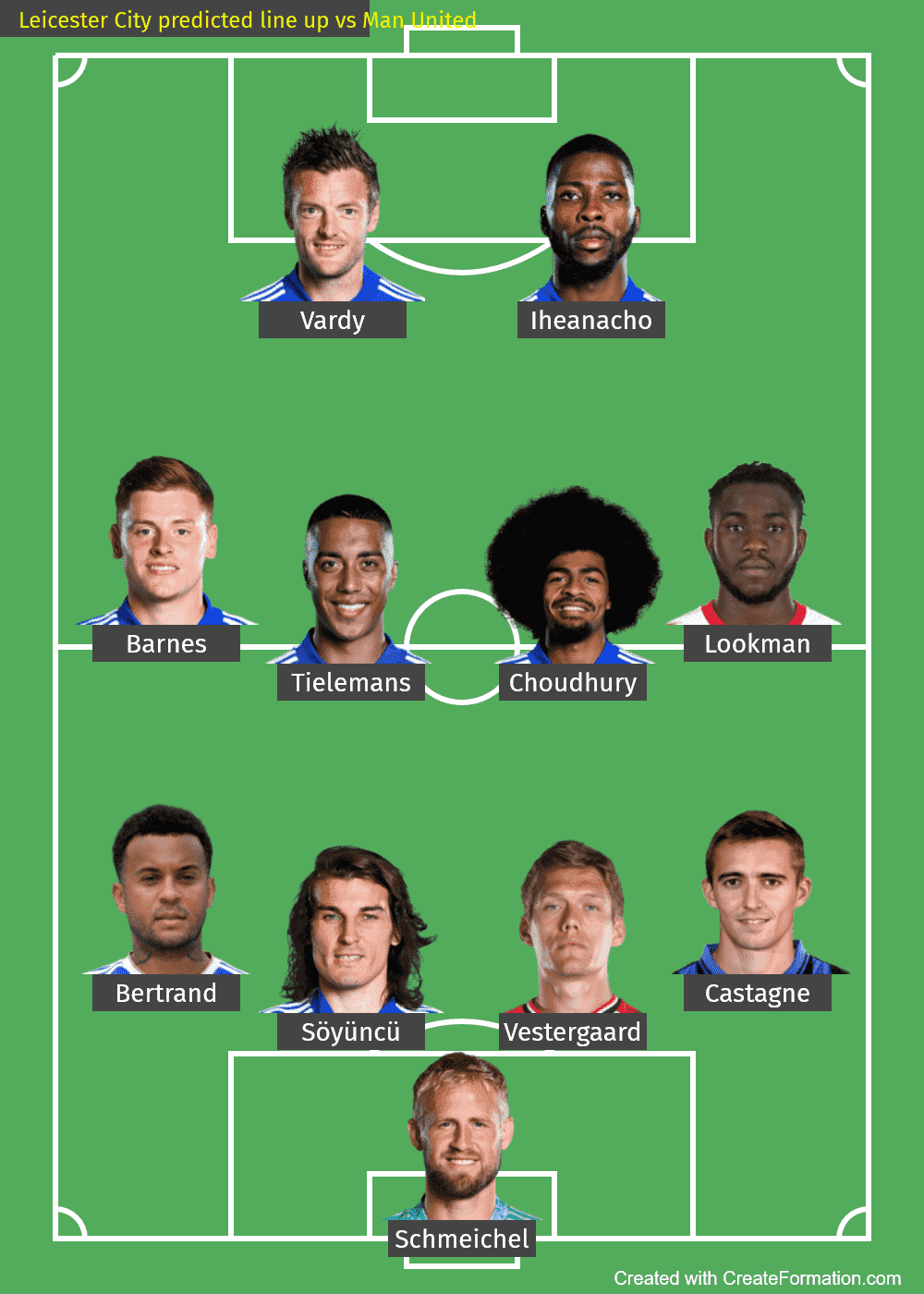 Chelsea receive a major selection boost for their game vs Brentford: Guaranteed starter?

Mikel Arteta drops a major hint about the future of this Arsenal star: Moving out?

Arsenal have managed to somewhat steady the ship after their disastrous start to their Premier League campaign but they are still sitting 11th on...
Read more

Chelsea receive a major selection boost for their game vs Brentford: Guaranteed starter?

Chelsea take on Brentford in the Premier League on Saturday and going into this key game, forward Romelu Lukaku was a major selection doubt. The...
Read more

Mikel Arteta drops a major hint about the future of this Arsenal star: Moving out?

Arsenal forward Gabriel Martinelli broke into the first-team squad last season with a lot of promise but he's fallen down the pecking order this...
Read more