Leicester City at one point were sitting pretty in the third spot of the Premier League table but in no time, all the other top-four hopefuls have managed to catch up with them.

The Foxes went down 2-0 to Manchester City last weekend and this loss means they are just about hanging onto their third spot on the table with West Ham United coming up next.

The Hammers are four points behind Leicester City going into this game so if they can pick up a win then they will be breathing down the neck of Leicester. And once again, Brendan Rodgers’ side might miss out on Champions League football.

Thankfully, Leicester have been in fine form on the road and are currently undefeated in their last 10 away matches in the league. But the Hammers themselves have been stellar at home in the past couple of months so the Foxes will need a lot to break them down on Sunday.

Leicester City have a few injuries to deal with, with players like Wes Morgan and James Justin out with injuries.

Rodgers does not have too many options at the back and with Caglar Soyuncu testing positive for COVID after returning from international duty, the trio of Evans, Amartey and Fofana will take the field on Sunday.

Rodgers will give it his all to retain a top-four spot so Ndidi and Tielemens will play in defensive midfield but he also has the option of bringing in Hamza Choudhury.

Ricardo Pereira returned from injury and played as a sub vs Manchester City but he is likely to get a start against West Ham United on Sunday.

James Maddison was another player who came back from injury last weekend and he too should be starting at the London Stadium. The return of Maddison means Ayoze Perez will move to the bench

Jamie Vardy and Iheanacho are the only two big options up front and will start vs West Ham United. 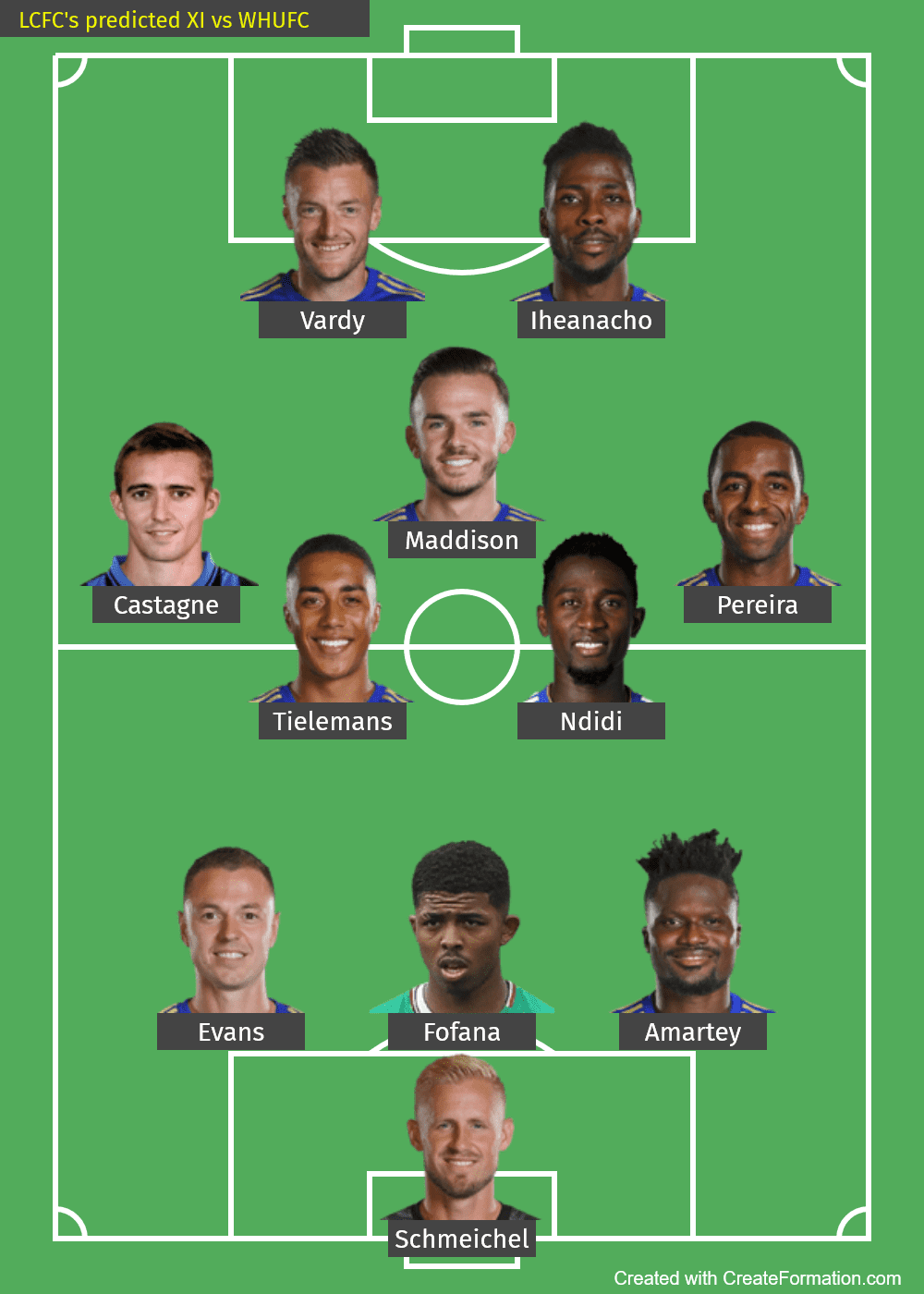 Read: How West Ham could line up vs Leicester City at the London Stadium.