Liverpool got back to winning ways just before the international break started and they will be looking to keep that streak going when they face Arsenal in the Premier League on Saturday.

The Anfield outfit are currently seventh on the league table, five points behind the fourth spot so if they don’t pick up three points from this weekend’s match then it will become really hard for them to finish in the top-four by the end of this season.

Liverpool have lost six out of their previous ten matches and given they have play this match just days after the international break got over, the manager could very well be thinking of damage limitation rather than going all out in attack.

Also, next week, the Merseyside outfit take on Real Madrid in the Champions League so Jurgen Klopp will have one eye on that match as well which is why he could prevent a few first-team regulars from playing the full 90 minutes on Saturday.

Trent Alexander-Arnold was left out of the England squad during the recent World Cup qualifiers but he will remain the first-choice right-back for Liverpool this weekend.

The pairing of Ozan Kabak and Nat Phillip has done pretty well in central defence and Jurgen Klopp will be tempted to use them in the same role against Arsenal as well. With Phillips playing in centre-back, Fabinho will have the chance to start in defensive midfield and when the Brazilian operates in his usual role, Liverpool look a much stronger side.

Fabinho playing in defensive midfield will mean Thiago and Wijnaldum will get the chance to play a bit further up front on the pitch.

Despite their poor form, wingers Mo Salah and Sadio Mane practically choose themselves in the starting line-up and with Divock Origi recovering from a muscular injury, Klopp does not have the luxury to make too many rotations in the attacking third.

Roberto Firmino has recovered from injury and has returned to training this week but Diogo Jota has been in spectacular form for both club and country meaning there’s a big chance that the Liverpool boss opts to use Jota as his main centre-forward on Saturday.

Klopp will love to wrap up the Arsenal game early on so that he can rest some of his regular players before the Real Madrid game and players like James Milner and Oxlade Chamberlain can provide the perfect backup solution.

How Liverpool could line up vs Arsenal: 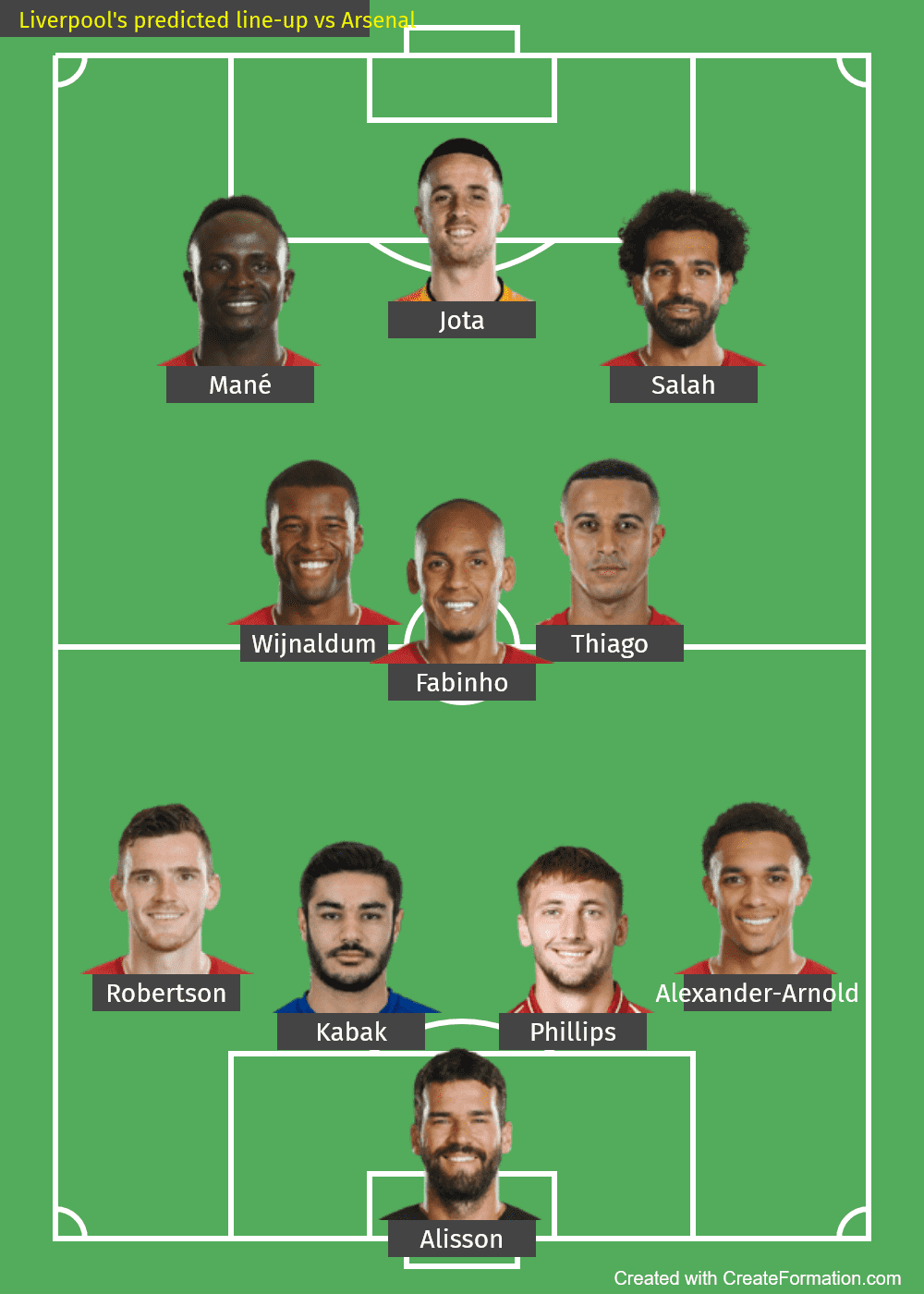 Read: Arsenal’s team news vs Klopp’s side at the Emirates.

Read: Do Arsenal stand a chance in signing this world-class centre-forward? 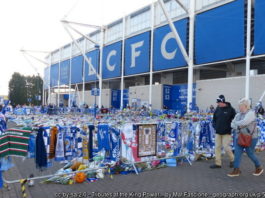