Liverpool shockingly dropped points in the Premier League this weekend as they were held to a draw by Brighton. Despite being 2-0 up, Jurgen Klopp’s side ended the match at 2-2.

And things are not going to get any easier for the Anfield outfit as they will now face Atletico Madrid in the Champions League.

Liverpool did win the reverse fixture 3-2 but Atletico played that match with 10 men after Griezmann was sent off in the 52nd minute. So while Klopp’s side are the slight favourites but Atletico will be much more prepared this time around. And the funny thing is that the La Liga side are yet to lose at Anfield, drawing one and winning one previously.

To make matters worse, Jurgen Klopp will be without some key players are they recover from injuries while some of them will be touch and go. Liverpool have nine points from their first three matches in Group B so there’s every chance that the German manager might not take too many risks.

Ibrahima Konate has suddenly moved up the pecking order but the summer signing should make way for Joel Matip who is expected to partner Van Dijk in central defence.

The midfield area is going to be the main problem for the Liverpool boss with Naby Keita and James Milner both out with injuries.

Keita picked up a hamstring injury in the Brighton game and the manager has confirmed that he will not be available for the Atletico Madrid game.

“He told me, he showed me [the] hamstring. So, I don’t know, we will see; obviously tomorrow [or] the day after tomorrow he will have a scan and then we will know,” the manager told Liverpoolfc.com post match.

“But if somebody feels the hamstring, it would be the first time that he is ready for the next game. So, I can’t see that.”

James Milner is also out with a hamstring injury and will only return after the international break.

Thiago returned to training last week but he was not ready to face Brighton and we think the manager will not use him against Atletico either. It will not be wise to throw him into such an intense game meaning Fabinho is more likely to play in defensive midfield.

Curtis Jones did not have the best of games against Brighton so it will not be a big surprise if the Liverpool boss chooses to name Oxlade-Chamberlain ahead of him.

Roberto Firmino was another player who is not likely to hold onto his place from that 2-2 draw meaning Diogo Jota will lead the line with Sadio Mane and Salah playing as the two wide players. 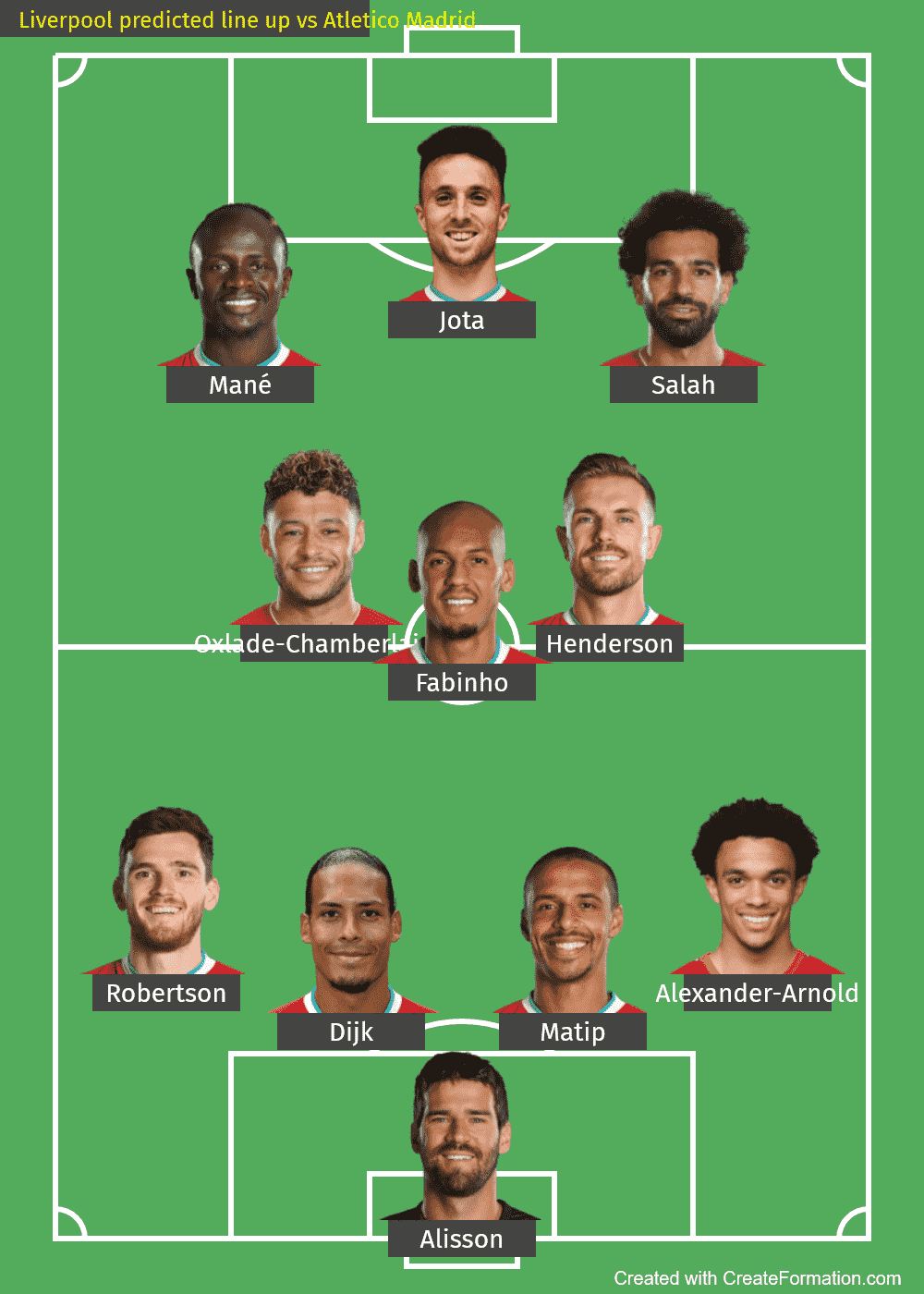 Tuchel hints at what Chelsea are expected to do in the next three weeks: Can he enforce his plans?

Will Pep Guardiola use this first-team regular vs West Ham despite him being linked with an exit?

Will Erik ten Hag hand this player a start vs Brighton or will he be on the bench on Sunday?

Tuchel hints at what Chelsea are expected to do in the next three weeks: Can he enforce his plans?

Chelsea kicked off their Premier League campaign with a win over Everton but Thomas Tuchel is certainly not over-optimistic about this result. The Blues beat...
Read more

Will Pep Guardiola use this first-team regular vs West Ham despite him being linked with an exit?

Man City open their Premier League campaign on Sunday with an away game vs West Ham United and all eyes will be on midfielder...
Read more

Will Erik ten Hag hand this player a start vs Brighton or will he be on the bench on Sunday?

Manchester United begin their Premier League campaign on Sunday and all eyes will be on Erik ten Hag to see if he names Cristiano...
Read more

The 2022/23 Premier League season will kick off on Friday and in the first match, Arsenal will take on Crystal Palace following which the...
Read more

Last season, Arsenal narrowly missed out on an EPL top-four spot and according to Roy Keane, the Gunners might suffer an identical fate this...
Read more

Man United signed Christian Eriksen as a free agent this summer and in his first few friendly outings, the playmaker has really shone for...
Read more