Liverpool face Everton in the Premier League in their midweek fixture and with the kind of form they are in right now, the Anfield outfit are expected to pick up an easy win.

Liverpool beat Southampton 4-0 on Saturday and since Chelsea have dropped points vs Man United, Liverpool have now managed to move within two points of the Blues. This means a win in the Merseyside Derby could help them move to the top of the table – depending obviously on how Chelsea and Man City fair.

Liverpool are undefeated in 22 of their last 23 matches in the Premier League and with Everton really struggling this season, Jurgen Klopp could be looking to make a statement of intent against the local rivals.

The Anfield outfit are undefeated in their last 10 away matches against Everton in all competitions and they have scored ten goals without response in their previous three outings this season. So unless there’s a major stumble, there’s no way Liverpool will be losing in midweek.

The games will be coming thick and fast in the next month so we expect the manager to make a few changes to his starting line up on Wednesday.

Klopp also has a few injury concerns going into this game but thankfully most of his first-choice defenders are fully fit. Konate partnered Van Dijk in central defence in the Southampton game but in midweek he is likely to move back to the bench as Joel Matip comes into the side.

Robertson returned to the first XI during the weekend and he will hold onto his place, along with the other full-back Trent Alexander-Arnold.

Jurgen Klopp will still be missing Naby Keita who is recovering from a thigh injury but with James Milner back to full fitness, the Liverpool boss won’t be too worried.

Against the Saints, Thiago and Henderson played as the two advanced midfielders but one of them is expected to make way for Alex Oxlade-Chamberlain while Milner is likely to come off the bench.

With Roberto Firmino out with an injury, the front-three basically select themselves with Diogo Jota playing through the middle while Sadio Mane and Mo Salah operate down the wings.

Liverpool predicted line up vs Everton: 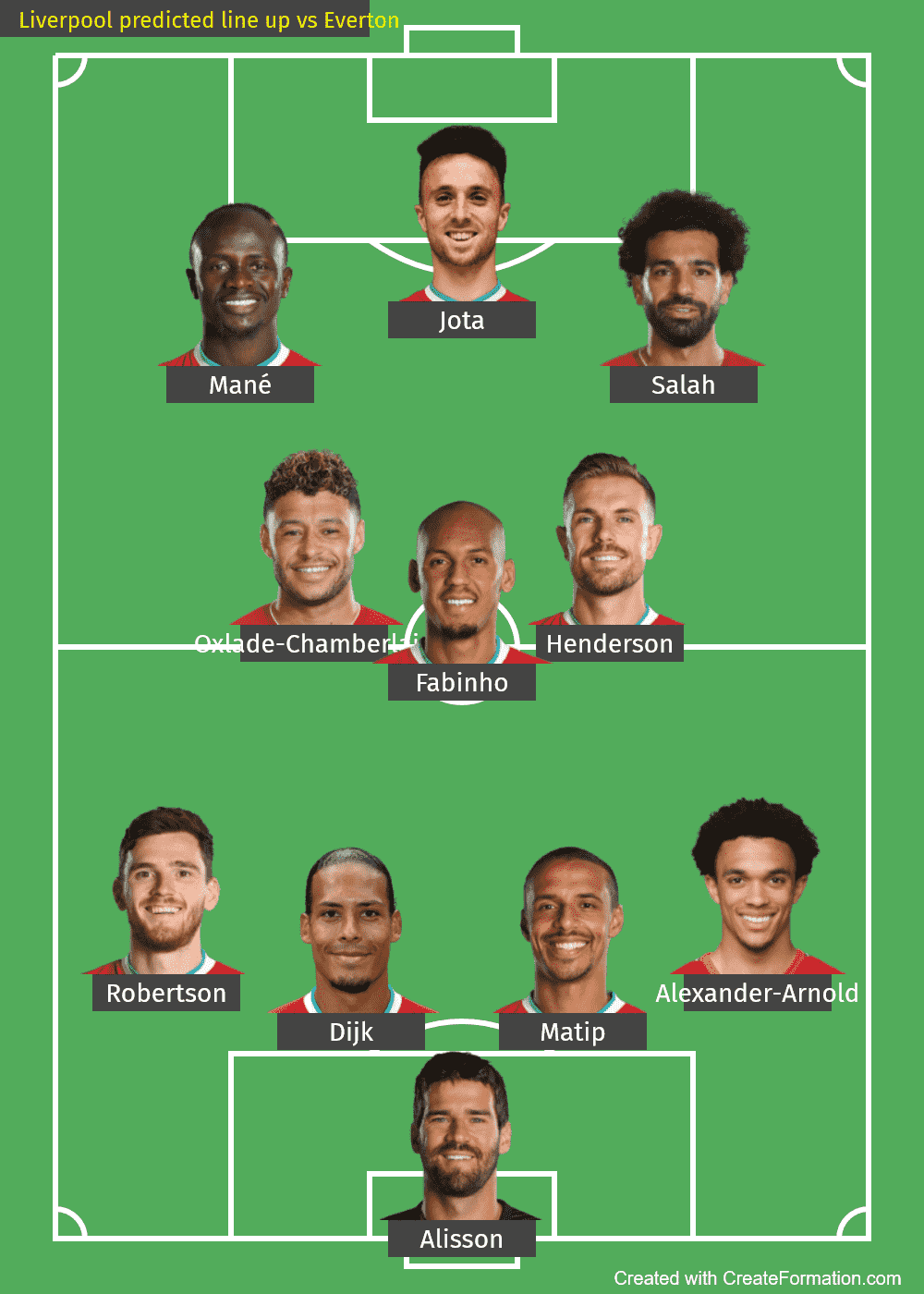