Liverpool got back to winning ways in the Premier League by beating Arsenal this weekend and they will be keen to keep this form intact when they face Porto on Wednesday.

The Anfield outfit have already secured a place in the knockout stages of the Champions League which means this midweek’s game will only be a formality. And this is why Jurgen Klopp is expected to make wholesome changes to his first XI.

This is also a blessing in disguise for the manager since he has several injury concerns but as this game is a dead rubber, Klopp doesn’t need to put all his superstars on the pitch.

Several of Liverpool’s benchwarmers are going to start on Wednesday which gives FC Porto an outside chance to pick up something from this encounter. But having said that, Liverpool have enough quality in their squad to ensure that they keep their 100% winning streak going in the UCL.

The Liverpool boss is likely to rest both Van Dijk and Joel Matip for this game meaning Nat Phillips is perhaps going to start.

Joe Gomez remains on the sidelines with an injury so Phillips should be the one pairing up with Ibrahima Konate.

Neco Williams will replace Alexander-Arnold on the right-hand side but since Andy Robertson is still recovering from his hamstring injury, Tsimikas will hold onto his place from Saturday’s game.

The duo of James Milner and Naby Keita are also ruled out due to injuries and it looks like this game will come too early for young Curtis Jones as well.

With all three midfielders out injured, Fabinho and Thiago will have to start along with Oxlade-Chamberlain. Some experts though believe that Thiago might not be risked since he’s a bit injury prone in which case Jordan Henderson will play.

Diogo Jota picked up a knock to the knee during the 4-0 win over Arsenal so he will not be risked against Porto. And with Firmino out as well, Divock Origi will finally get a chance to start upfront.

Klopp said on Saturday: “He[Jota] got a proper knock on his knee. Now we have to see how quickly that develops; hopefully it is nothing serious.”

Either Sadio Mane or Mo Salah will be rested on Wednesday as the Liverpool boss calls Takumi Minamino into the starting lineup. 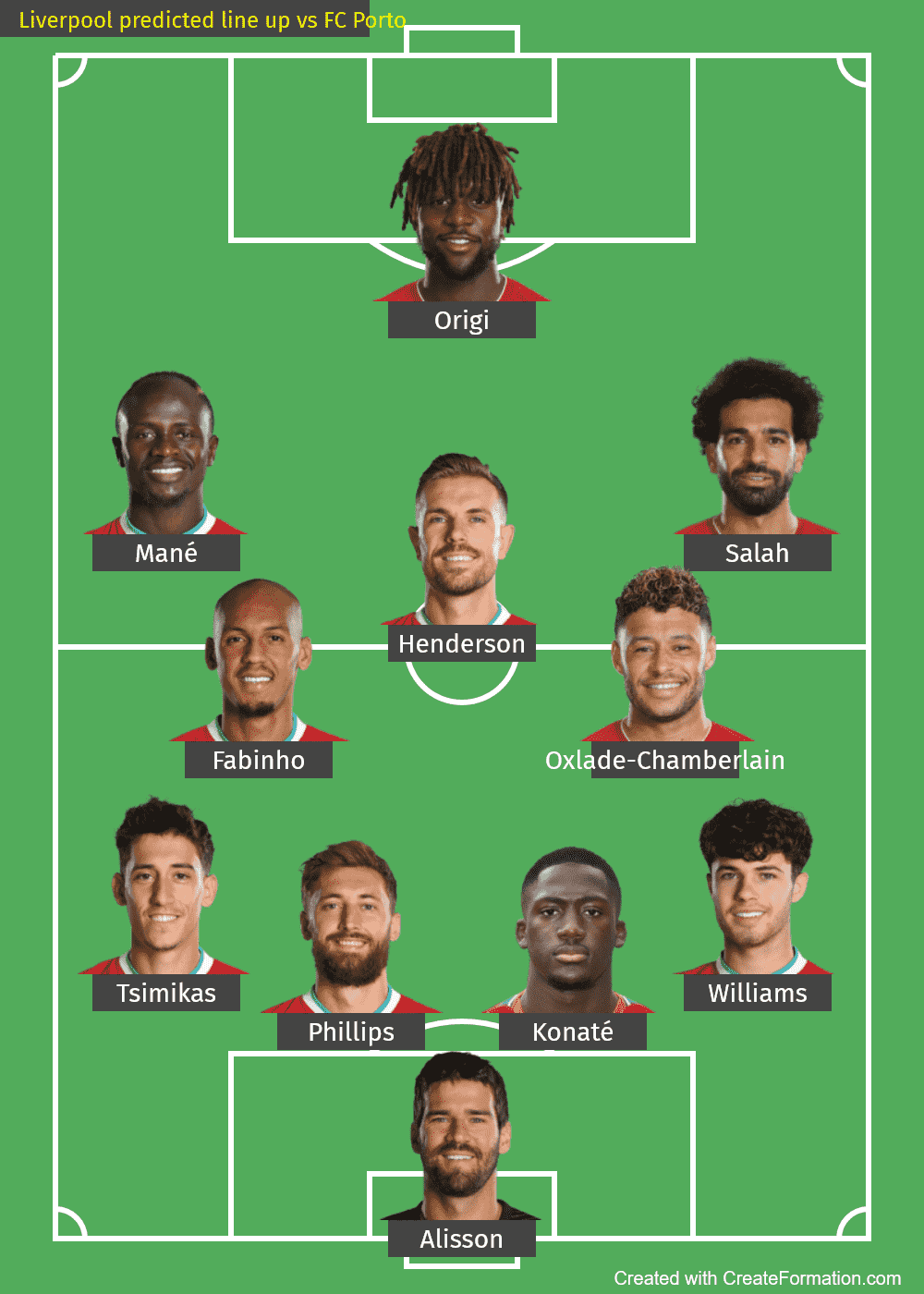