Liverpool got past FC Porto in the Champions League despite Jurgen Klopp making a host of changes to his usual line up but almost all of the regular starters are going to return this weekend.

The Anfield outfit face Southampton in the Premier League on Saturday and they will be hoping to close the gap with league leaders Chelsea.

Liverpool are unbeaten at home this season and have kept a clean sheet in their last 5 home matches against Southampton in all competitions. The Saints on the other hand have picked up only two wins in their previous five outings and they go into this game sitting at the 13th point.

Jurgen Klopp does have several injury concerns going into this game but he has enough quality in his side to make sure that they pick up an easy win on Saturday. A win this weekend will help Liverpool temporarily move to within one point of Chelsea.

Liverpool vs. Porto in the Champions League:

Van Dijk was rested in midweek as the game vs Porto was a dead rubber but the Dutchman will come back into the starting XI, replacing Ibrahima Konate.

Andy Robertson and Trent Alexander-Arnold were both on the bench for the 2-0 win but they will also come back into the side.

James Milner came back from injury and played around 10 minutes on Wednesday but Naby Keita was still missing. Last week the manager had hinted that Keita could be fit for the Saints game but we doubt if he will get a starting role even if he is available for selection.

Thiago was the star of the show in midweek and he’s sure to hold onto his place and Jordan Henderson will also return to the first XI after making a substitute appearance against Porto.

Oxlade-Chamberlain though is likely to move back to the bench as Fabinho comes back in defensive midfield.

Mo Salah found the back of the net once again and he along with Sadio Mane will keep their place in the final third. Minamino played as the centre-forward in the 2-0 win but against Southampton, Diogo Jota will come back in the starting line up.

Roberto Firmino is still on the sidelines with a thigh injury and the Brazilian is not expected to return any time soon.

Liverpool’s predicted line up vs Southampton: 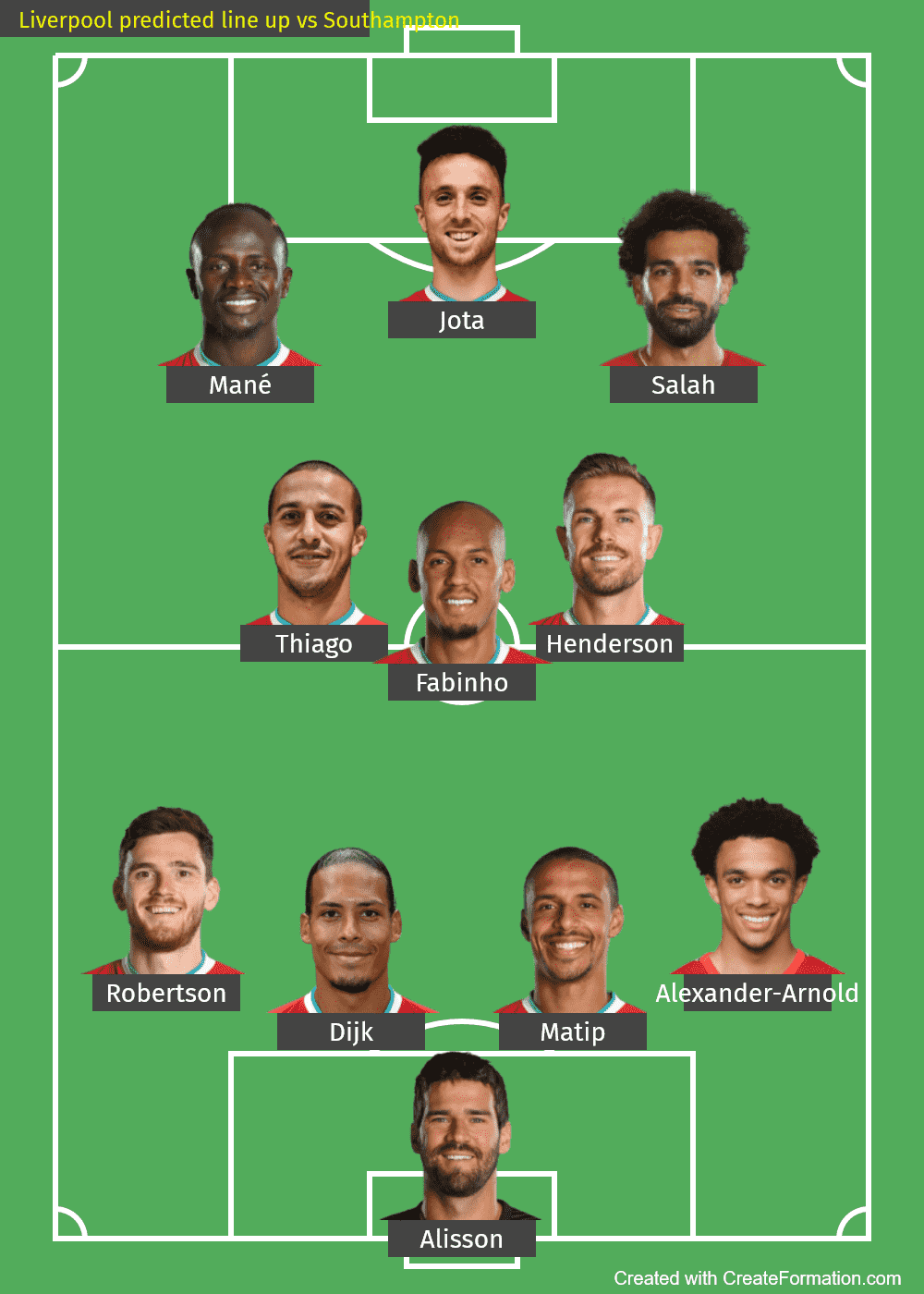