Man City stumbled against Spurs last weekend, thereby reopening the Premier League title race once again. And there’s every chance they could lose points this weekend as well.

City take on Everton on Saturday and Frank Lampard is a good tactician so the Toffees could very well shock Manchester City. Guardiola’s side are just three points ahead of Liverpool so they can’t afford to drop any more points.

Man City have lost only three games this season in the league and they have kept 15 clean sheets in the PL season already. Everton have failed to revive their form under their new manager but Lampard has the ability as well as the players to cause headaches to Manchester City.

Under Lampard, Everton have been scoring a lot of goals and if they play with the same exuberance against Guardiola’s side then we could be in for a goal-fest on Saturday.

City just cannot afford a lapse in concentration this weekend since Liverpool are breathing down their necks. They have to face Man United at the start of next month and with the way United are playing there’s every chance Rangnick’s side could pick up points vs Manchester City meaning the Etihad outfit have to pick up a win at Goodison Park.

City might not have won against Tottenham Hotspur but Pep Guardiola is not expected to make too many changes to his starting line up on Saturday.

The backline will remain unchanged with Cancelo and Walker playing as the two full-backs and Laporte and Ruben Dias starting in central defence.

Eyes on the Ev! 👀#ManCity pic.twitter.com/4ZEdqoM2VG

Pep Guardiola would have loved to rest Rodri and bring in Fernandinho against Everton but with just a three-point advantage, the Man City boss cannot afford to drop a player like Rodri.

Gundogan though is likely to move to the bench as Bernardo Silva will come back into midfield after playing as the false nine against Spurs.

Jack Grealish and Gabriel Jesus have both been missing due to injuries but the duo have reported back to training so it is a big boost for the manager.

Jack Grealish is having a really poor season with Man City and if he is not selected this weekend then surely he will fall down the pecking orders, especially for the upcoming big games.

Riyad Mahrez came off the bench against Tottenham but he will come back into the starting line up against the Toffees. 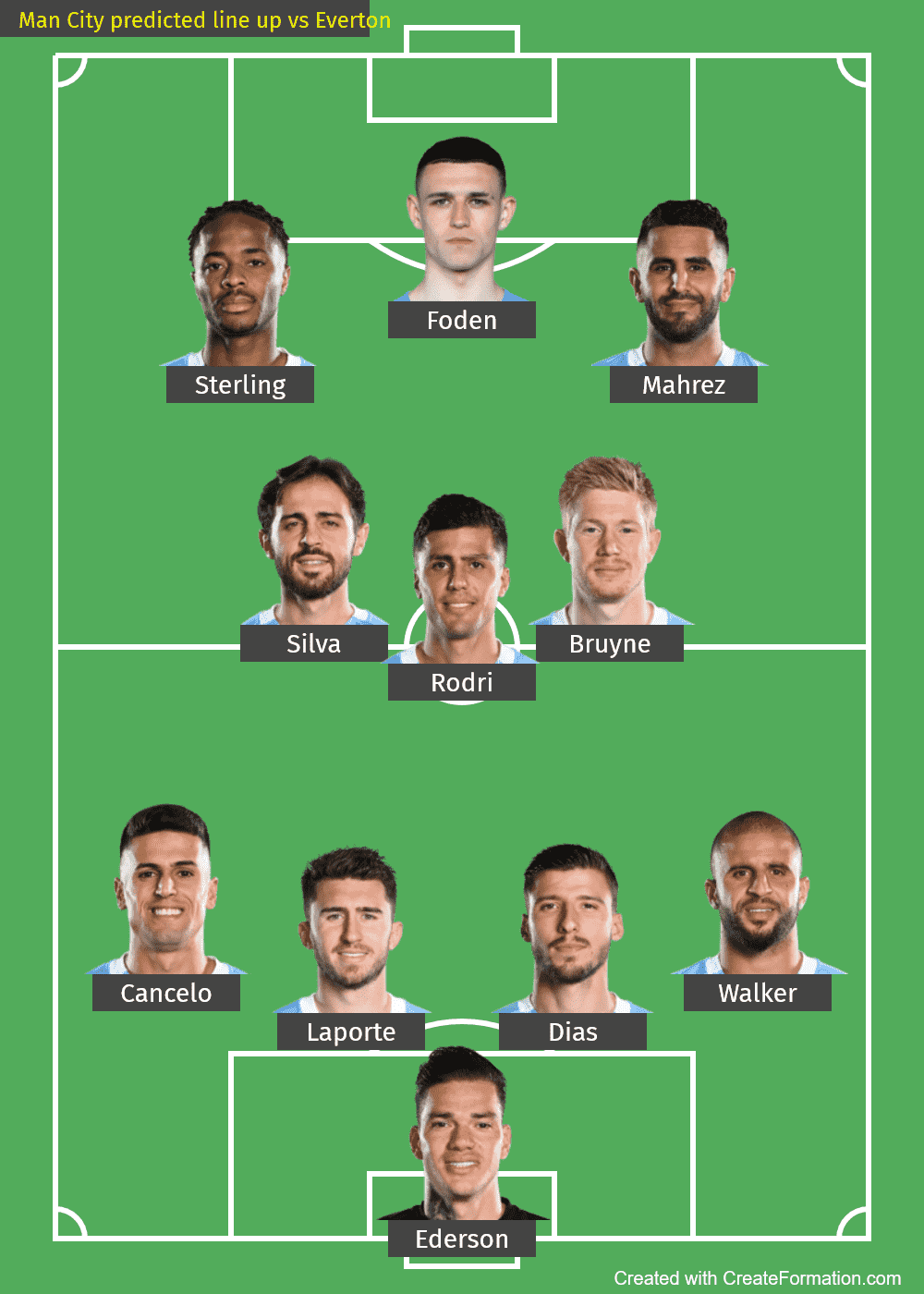 Read: UEFA could take a massive call in relation to the Champions League.

Read: Is this team now the favourites to secure a Champions League spot next season?