Man City put up a stellar display in the Champions League this week to knock Atletico Madrid out of the tournament and progress to the next round but they will have no time to relax because on Saturday they head to Wembley.

Man City take on Liverpool in the semi-final of the FA Cup this weekend and these two sides will face off twice in a matter of just seven days.

They met each other last Sunday in the league and in that match, City and Liverpool shared the spoils with a 2-2 draw. A similar result won’t be possible this time around though because this is a knockout tournament.

Manchester City did wonderfully well to keep a clean sheet at the Wanda Metropolitano but that draw has come at some cost because several players have picked up injuries. Pep Guardiola could be without some very important first-team regulars this weekend and this could be a major deciding factor for the Man City vs Liverpool tie.

Man City have won 18 of their last 20 matches in the FA Cup and despite Liverpool’s great form in recent seasons, the Cityzens are actually undefeated in their last 5 matches against Liverpool in all competitions. Just like last weekend’s game, this tie will also be very difficult to call but since this is a cup competition, both sides could try new approaches.

The biggest positive news for the Man City boss is that Ruben Dias has finally returned to full fitness as he made it to the bench in midweek.

It remains to be seen if he is ready to get back into the starting lineup and straightaway play an intense tie against Liverpool.

Kyle Walker picked up an ankle injury against Atletico Madrid and had to be taken off in the 73rd minute and the right-back will miss Saturday’s trip to Wembley.

Recently, Guardiola has trusted Nathan Ake as the backup for Walker and on Saturday, he will do the same.

The manager also has Zinchenko at his disposal who can come into the side at left-back because Joao Cancelo has the ability to play on both sides of defence.

Kevin De Bruyne will perhaps be the biggest miss this weekend after he picked up an injury in Spain. There has been no official confirmation yet but things are not looking good, in terms of him featuring against Liverpool.

Jack Grealish and Raheem Sterling both came off the bench at the Wanda Metropolitano but the English pair will get starts at Wembley for sure. Gabriel Jesus got a rare start in the league last weekend vs Liverpool and the Brazilian came out with flying colours in that match.

Jesus seems to have been a specialist at playing against Liverpool so he’s likely to come back into the side as well. 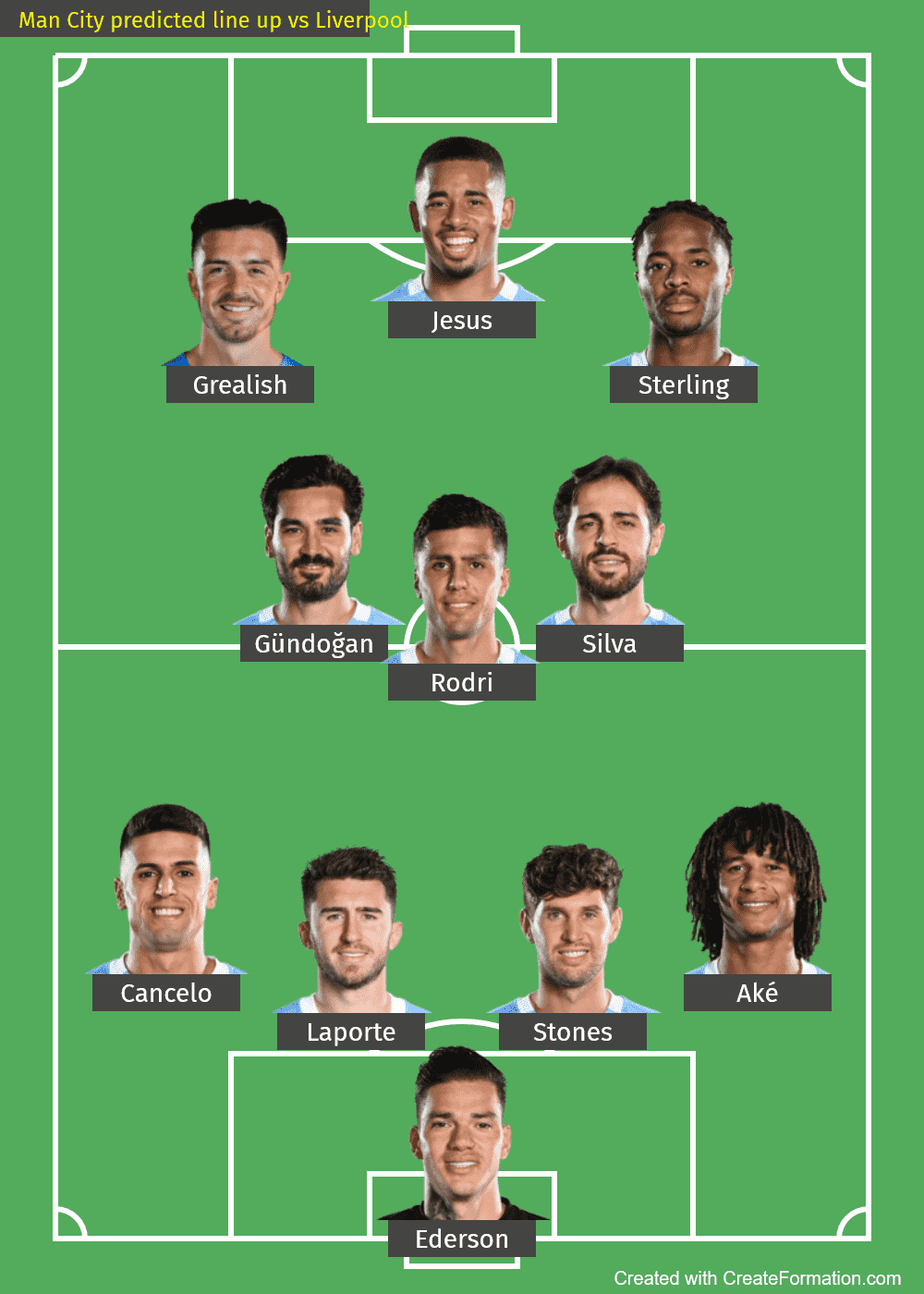 England play two Nations League games during the international break and this will be the dress rehearsal before the World Cup begins in November. Gareth...
Read more