Man City need only a handful of points to reclaim the Premier League title but this week all their focus will be on making it to the Champions League final.

City take on PSG in the second leg of the semi-final this week and Guardiola’s team go into this game with a healthy 2-1 scoreline from the first leg in Paris. These two away goals have given City a lot of leverage but we doubt if Man City will fold into a cocoon and make things ultra-defensive just to sit on this lead.

PSG are by no means out of this race since players like Neymar and Kylian Mbappe can single-handedly change the outcome of this tie. So Pep Guardiola will surely have some extra advice for his defenders, much like he did in the first leg.

Ruben Dias and John Stones were both rested during the weekend but they will come back into the side, replacing Laporte and Nathan Ake at the back.

Joao Cancelo played as a right full-back vs Palace but he is likely to move to the other side of defence as Kyle Walker will come back into the side.

Kevin De Bruyne and Ilkay Gundogan were on the bench this weekend and Guardiola did not have to bring them on. The pair though are guaranteed starters for the second leg.

Pep Guardiola is known to play with a false nine in these big matches and this time will be no different with De Bruyne likely to be deployed in that role.

Phil Foden and Riyad Mahrez will both come back into the side meaning Raheem Sterling will once again have to be content with a place on the bench.

Since a false nine system is expected to be used by Man City, Bernardo Silva will also get a chance to start, but in midfield. Sergio Aguero and Gabriel Jesus will be on the bench and the manager can call them on if he needs to change things up a bit.

How Man City could line up vs PSG: 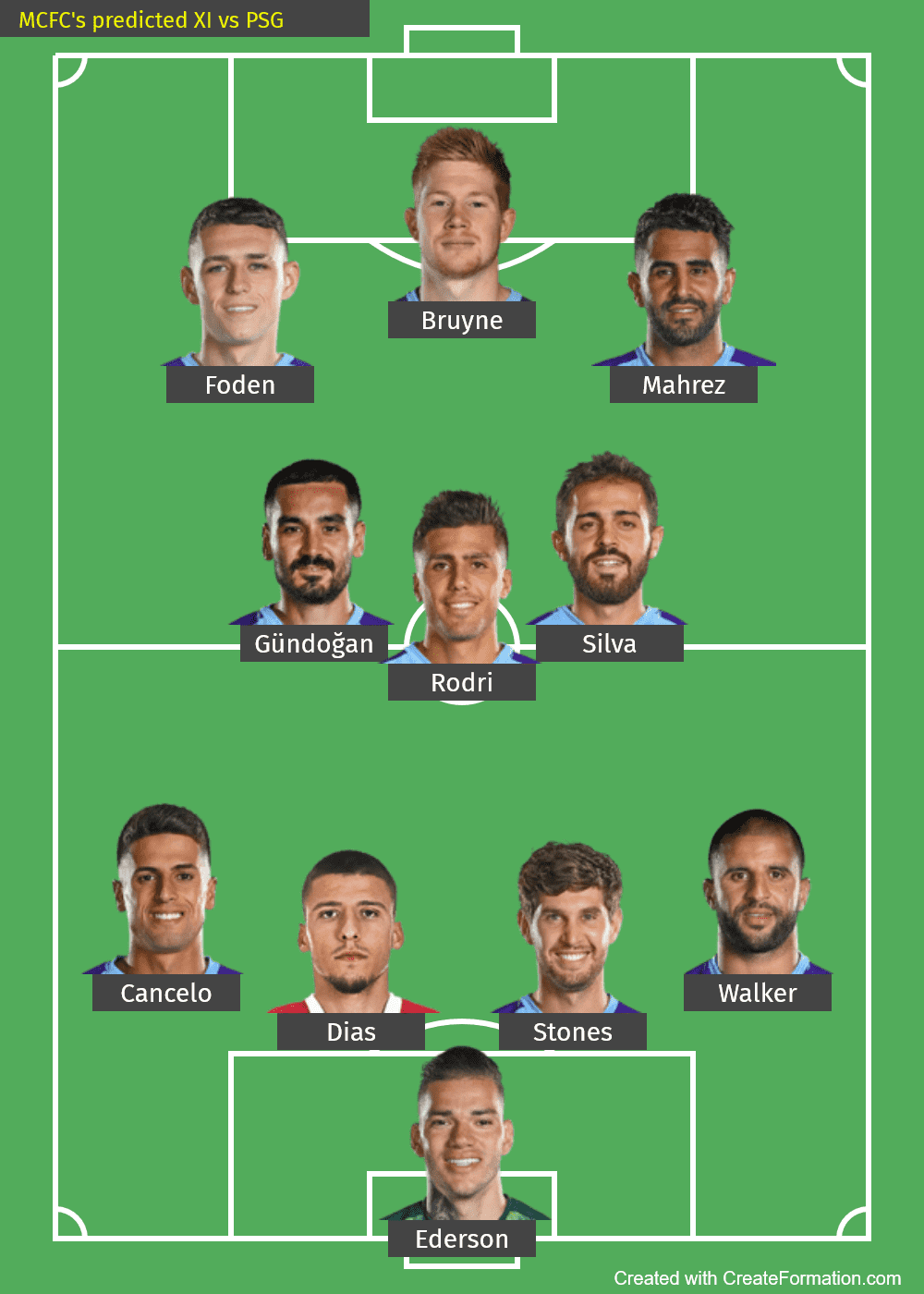 Read: Sergio Aguero likely to remain in the Premier League next season.

Scotland receive a massive injury boost as they prepare to face England: Fit enough to start?

Premier League side Chelsea have said to be in pole position to sign Villarreal's 25-year-old left-back Alfonso Pedraza, according to reports in Italy. Sports Illustrated...
Read more

Liverpool midfielder Alex Oxlade-Chamberlain has been a real misfit at the club and according to club legend John Barnes, the England international should look...
Read more

Scotland suffered a 2-0 loss at the hands of Czech Republic in their opening game of the European Championship and next up, they take...
Read more

What will Sunil Chhetri do when he meets Lionel Messi?

Sunil Chhetri is the undisputed king of the Indian national team and he put another feather in his cap as he overtook Lionel Messi...
Read more

There was a time when Indian Football, especially at the national level, was just a formality for all the players. But over the past...
Read more

EURO 2020 Betting Odds & Predictions: Who will win the tournament & which players are going to shine?

The EURO 2020 is being played a year later due to the pandemic but it's finally here and now we get to see all...
Read more