Man City are currently 10 points clear at the top of the Premier League table and if they can beat Crystal Palace this weekend then they will have one hand on the trophy.

Man United face Liverpool on Sunday so if City can beat the Eagles and Solskjaer’s men are defeated by Liverpool then the Etihad outfit will be officially crowned the champions for the 2020-21 season.

But Pep Guardiola will not be worried too much with this weekend’s encounter since Manchester City have a really crucial UCL semi-final second leg vs PSG next week. Hence, it will not be a total surprise if the manager opts to rest a large number of his regular first-team players against Palace.

Crystal Palace made a really bright start to the campaign but they have faded away over the past couple of months. Roy Hodgson’s side go into this match having only won one of their last seven matches so we really don’t expect them to cook up anything brilliant on Saturday.

John Stones remains suspended for this fixture while the manager is also expected to rest Ruben Dias before the second leg vs PSG. This means Eric Garcia should come back into the side and pair up with Aymeric Laporte in central defence.

Benjamin Mendy will be replacing Cancelo at left-back but Zinchenko could also get a start. Pep Guardiola will be desperate to rest Kyle Walker since he will once again have to face the likes of Mbappe and Neymar in just a few days time.

If Walker is rested vs Crystal Palace then Cancelo will move into the right-back role.

Kevin De Bruyne was one of the goalscorers in the first leg and given that he’s just returned from a knee injury, the playmaker might be given the night off, in which case, Bernardo Silva will be coming back into midfield.

Rodri and Fernandinho have not been a particularly great pairing in the middle of the pitch but the Man City boss will not shy away from gambling once again.

Raheem Sterling will come back into the starting XI as Guardiola looks to keep Phil Foden fresh for the second leg.

Guardiola played with a false nine against PSG but on Saturday both Sergio Aguero and Gabriel Jesus could start with Riyad Mahrez expected to be on the bench. 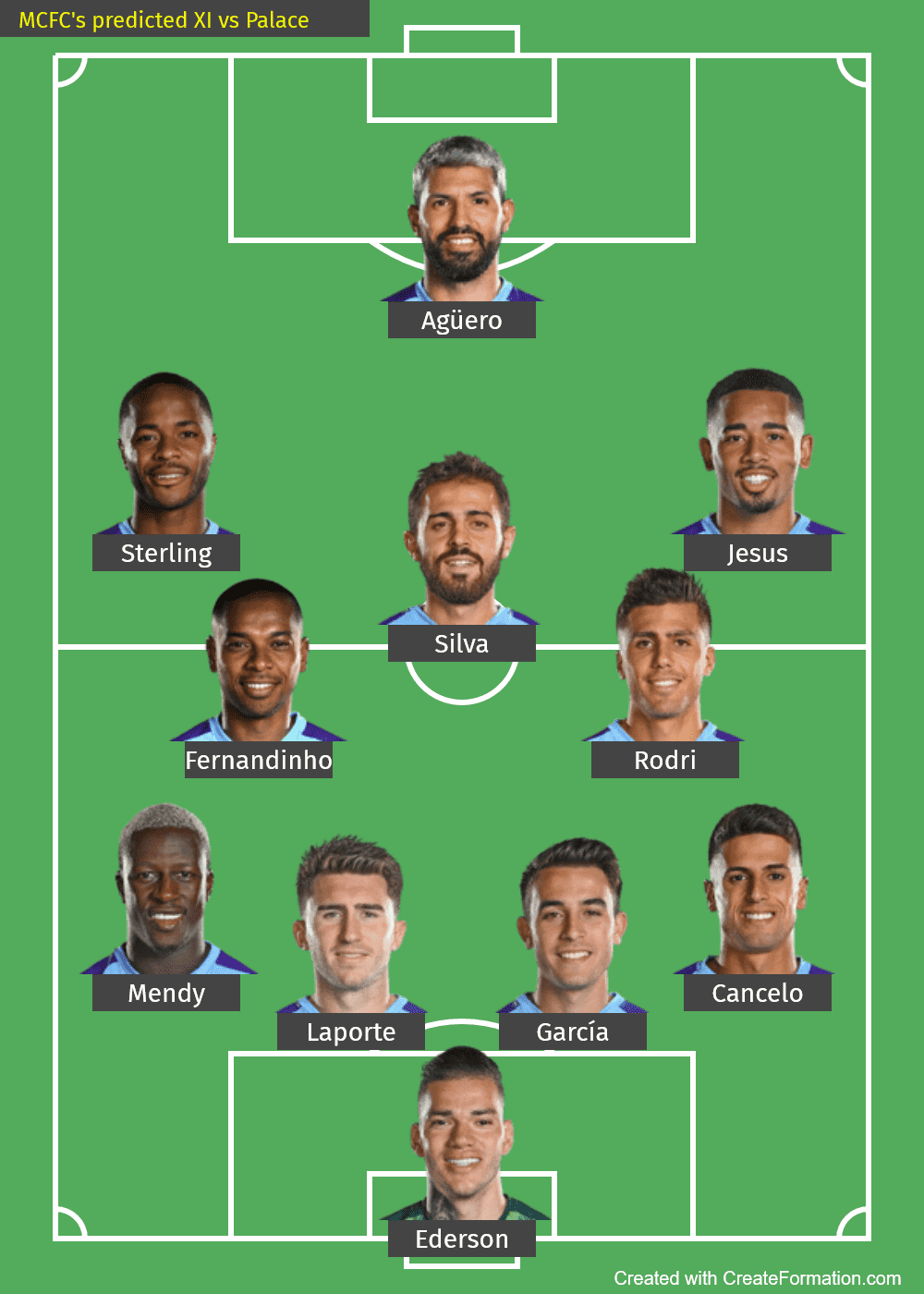 Read: Man City praised for their hidden talents vs PSG.

Read: Will Jose Mourinho have had made a difference in fates during the EFL Cup final?

Leicester City have suffered a few setbacks in the Premier League in the past couple of weeks, winning just two out of their previous...
Read more