Man City suffered a small setback during the weekend as they were beaten 2-1 by a 10-men Leeds United side in the Premier League. And this sudden loss could be a bit of an issue for City, going into their next big game.

Guardiola’s side take on Borussia Dortmund in the Champions League on Tuesday and the game is finely balanced at 2-1, in favour of the English side. But the fact that BVB managed to score that all-important away goal, they remain very much in the tie.

Keeping aside the Leeds United game, Man City have been in stellar form this season, losing just one out of their previous nine matches in the Champions League. And, on the other hand, Dortmund have not been in the best of form themselves, managing to win just two out of their last five Bundesliga matches.

Guardiola made a handful of changes to his usual starting line-up in the first leg and will not be a big surprise if the Spanish boss chooses to tinker around with his formation and positions once again this week.

Ruben Dias and John Stones have been the go-to pair for Guardiola this season and with Aymeric Laporte out with a groin injury, the manager is not going to experiment too much in central defence.

Kyle Walker will start at right-back and Cancelo will move to the other side of defence after having played as a right full-back vs Leeds United.

The midfield area should see an overhaul in midweek with Fernandinho and Zinchenko all moving the bench. Kevin De Bruyne, Gundogan and Rodri will be starting in the middle of the pitch against Dortmund.

Raheem Sterling missed out on the starting line-up in the first leg and we fear a repeat of the same this week as well. Phil Foden operated on the right wing during the 2-1 win and the youngster will be given the same role in the second leg as well.

Guardiola once again chose to play without a recognized centre-forward in the first leg and we think the Man City manager will use a similar tactic this time around as well.

Bernardo Silva played up front last week and the Portuguese could once again lead the line. Sergio Aguero remains a doubt for this key encounter with an injury while Gabriel Jesus could be starting on the bench on Wednesday.

How Man City could line up vs Borussia Dortmund: 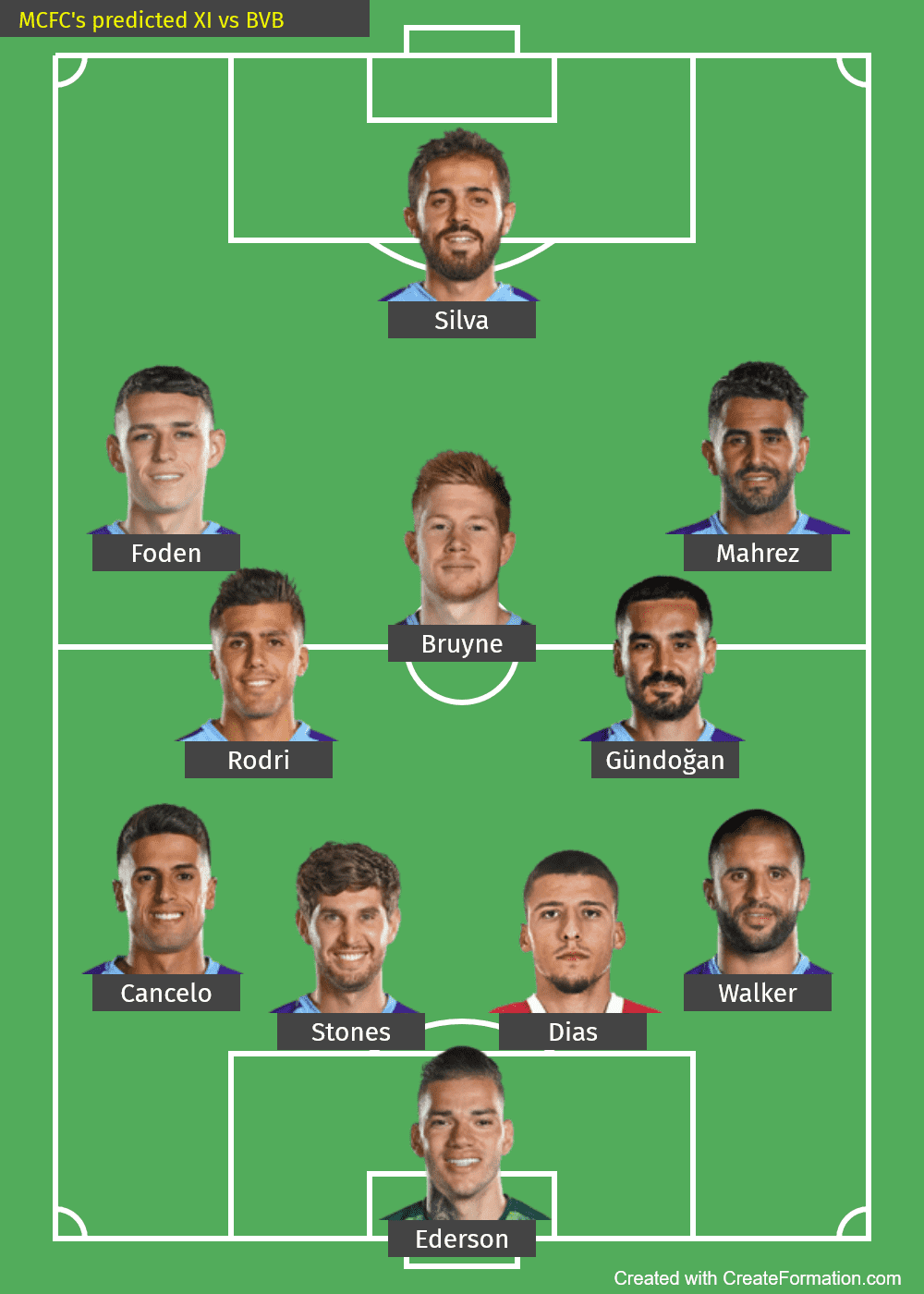