Man United beat Roma 6-2 in the Europa League this week and next up, they shift their focus back to the Premier League where they face Liverpool on Sunday.

Manchester United are in a rich vein of form right now and they go into this game having not tasted defeat in their previous 13 league matches. Liverpool, on the other hand, are really struggling to find any decent momentum and a loss in this match could force them to play in the Europa League next season.

Solskjaer was expected to rest a few of his big-name players on Sunday so they remained fresh for the second leg vs Roma. But now with that tie almost done and dusted, Ole will be able to name his strongest XI against Liverpool.

Manchester United are undefeated in 9 of their last 10 home matches against Liverpool in all competitions and to make matters worse, Klopp has never beaten United at Old Trafford in six attempts. And if Liverpool’s recent form is anything to go by then we don’t expect anything too different this time either.

Dean Henderson will replace David De Gea in goal while Lindelof is also expected to be rested since Eric Bailly is now back to full fitness.

Luke Shaw had a wonderful game against Roma in midweek and with the semi-final wrapped up neatly, the England international will not be put on the bench on Sunday.

Fred and McTominay have been improving in leaps and bounds over the course of this season and the pair will once again start in the middle of the park at Old Trafford.

Paul Pogba has worked wonders when playing on the left flank for Manchester United and Solskjaer is sure not to tinker around with his position against Liverpool as well. But with Pogba playing as the right winger, Marcus Rashford will once again have to adjust to the right-hand side.

Edinson Cavani scored two and assisted two against Roma on Thursday but given his age, the South American will be kept on the bench against Liverpool with Mason Greenwood expected to lead the line. Cavani remains an option off the bench should Solskjaer need him. 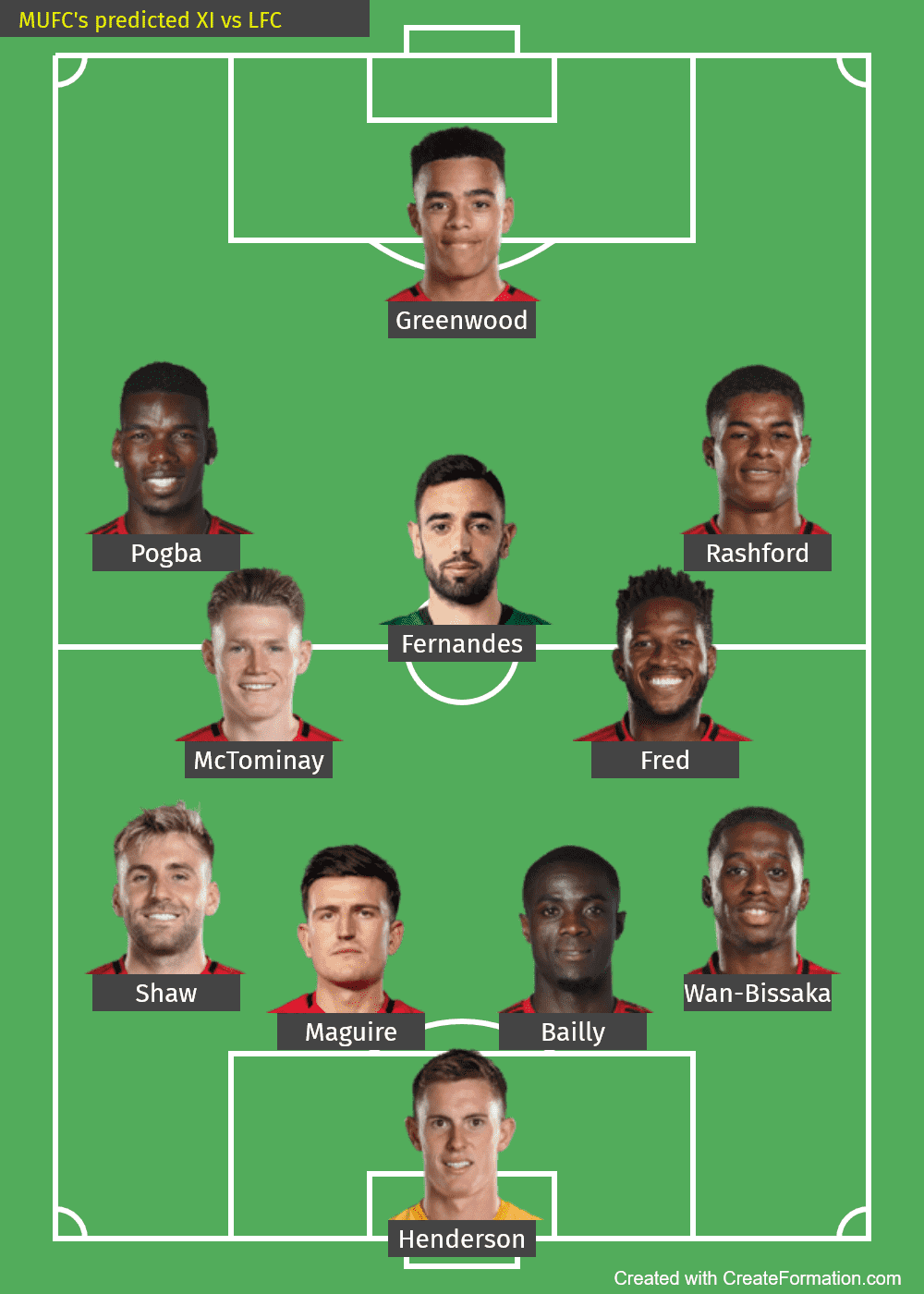 Read: Man United’s win vs Roma could be the end of one player’s career.

Read: This player has come under fire despite Man United’s commanding win over AS Roma.