Man United managed to come back from behind yet again in the Premier League, this time beating Spurs 3-1, away from home. But things should be much simpler in midweek when they face Granada in the Europa League.

Manchester United go into this second leg with a 2-0 lead from last weekend so Ole will not be too worried about how to set up his side. And this could help the English side play some free flowing football on Thursday.

United will miss a few key players due to suspension which could be a slight issue for the manager but Solskjaer has a considerate bench strength to be able to name a strong enough side at Old Trafford.

We don’t expect Granada to pull out the rabbit from the hat despite their confident win against Real Valladolid at the weekend. Man United are undefeated in 26 of their last 28 matches in the Europa League and this form should be more than enough to see them through to the semi-finals.

David De Gea has fallen down the pecking order with Dean Henderson now being the new No 1 at the club so the Spaniard will be starting against Granada this week.

Harry Maguire and Luke Shaw are both suspended for this match and the defensive line is a bit of a concern for the manager. Eric Bailly will return to England from quarantine before the second leg but it remains to be seen if the manager opts to use him or does Axel Tuanzebe come into central defence.

Luke Shaw has been one of the best performers for Man United this season but there’s a proper backup in the form of Alex Telles for the left-back role.

Scott McTominay is another player who will is unavailable due to suspension so someone like Nemanja Matic or Donny van de Beek will come into the side to partner Fred. Van de Beek will be eager to get some playing time especially since Man United have a two-goal advantage but we think Ole will opt for Matic in the middle of the park.

Dan James is recovering from an injury he picked up in the first leg and the Welsh international might not be fit to start this week as well. Solskjaer is also keen to rest Marcus Rashford meaning Paul Pogba could be playing on the left wing once again.

Mason Greenwood put in a fine performance against Spurs and there’s a big chance he will be playing as the centre-forward while Edinson Cavani watches from the bench.

If Rashford is rested and Dan James is unavailable then the right wing spot will be up for grabs and many pundits think Amad Diallo could get a start on Thursday. But we have a feeling Ole will opt to bring in the experienced Juan Mata in that role, just to add some stability in the fine third. 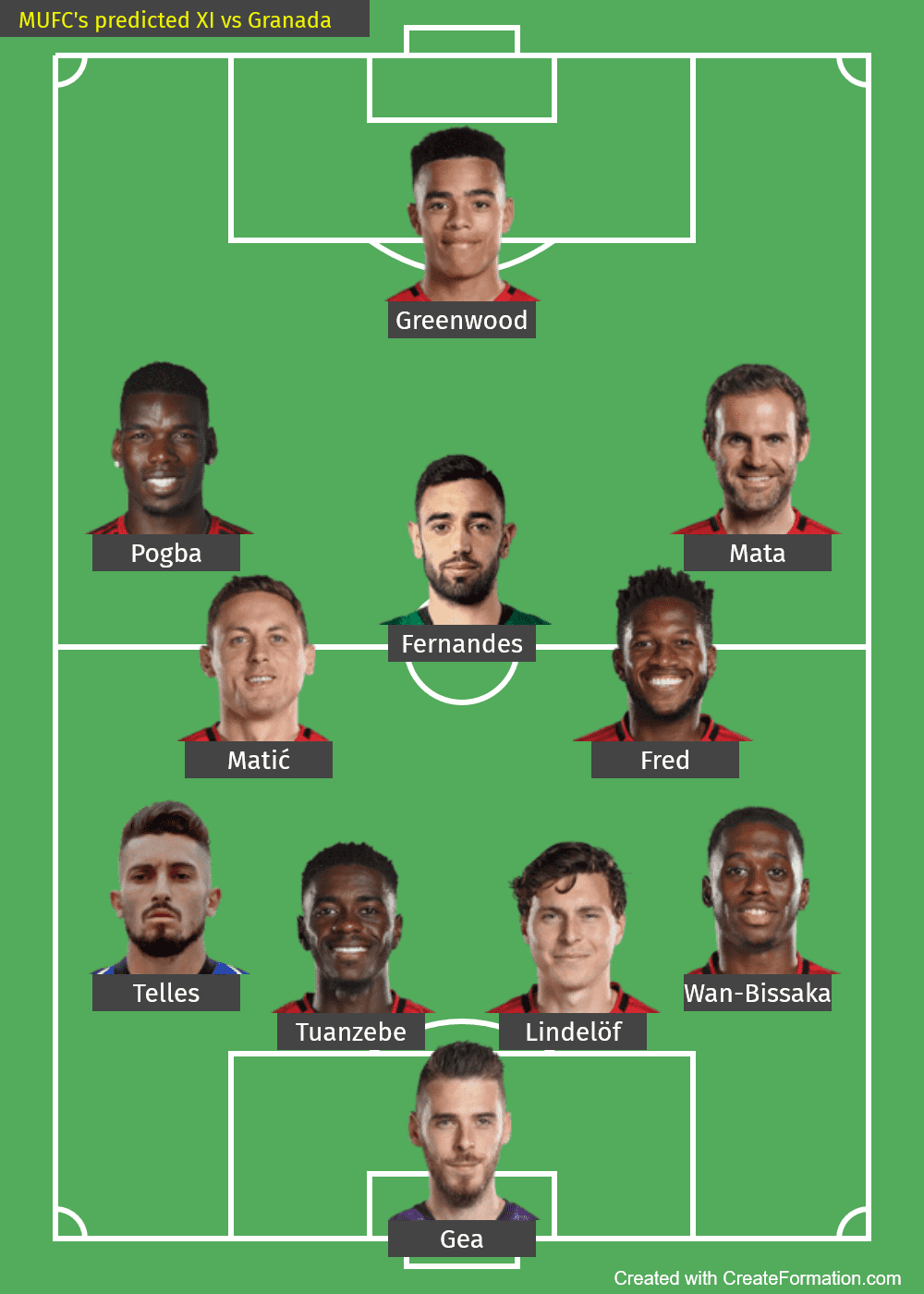 Read: Pundit names the main culprit during the Spurs vs Man United game.

Read: Solskjaer & Mourinho entangle in a verbal spat after Manchester United stage a comeback vs Spurs.