Southampton have suddenly seen a dip in form and things could go even downhill because the Saints take on Manchester City in the FA Cup this weekend.

The Saints welcome Man City at the St Mary’s Stadium for the FA Cup quarter-finals and Hassenhutl’s side will have to majorly pull up their socks if they wish to move into the next round.

Southampton have managed to hold Man City to a draw in their previous two outings but they are currently on a three-game winless run so Hassenhutl will have to be really spot-on with his tactics and team selection on Sunday.

The manager though has a few injury concerns going into this match meaning he cannot afford to make too many changes to the side which lost to Watford last weekend. The odds are heavily stacked against the Saints when City come to town but Hassenhutl’s a tactical master who does possess the ability to knock a Pep team out of the FA Cup.

Saints team news and injury updates for the quarter-final:

Caballero should ideally be playing the FA Cup ties but since it’s Manchester City, we expect Fraser Forster to hold onto his place in between the sticks.

Lyanco is still ruled out with an injury but the Saints boss has Jack Stephens at his disposal. We will have to wait and see though if Hassenhutl wants to break the partnership of Bednarek and Salisu.

Livramento is very close to making a comeback but the manager has hinted that he might need some more time to become match-fit.

The Saints boss has said: “Tino is OK but after his long injury break he needs a little bit of a break.”

Theo Walcott remained on the bench against Watford but he will come back into midfield against Manchester City while Elyounoussi gets another start on Sunday.

Armando Broja picked up a knock last weekend but the forward should be fine to face Pep Guardiola’s side. With Broja set to return for the Saints, Stuart Armstrong will possibly have to make way. 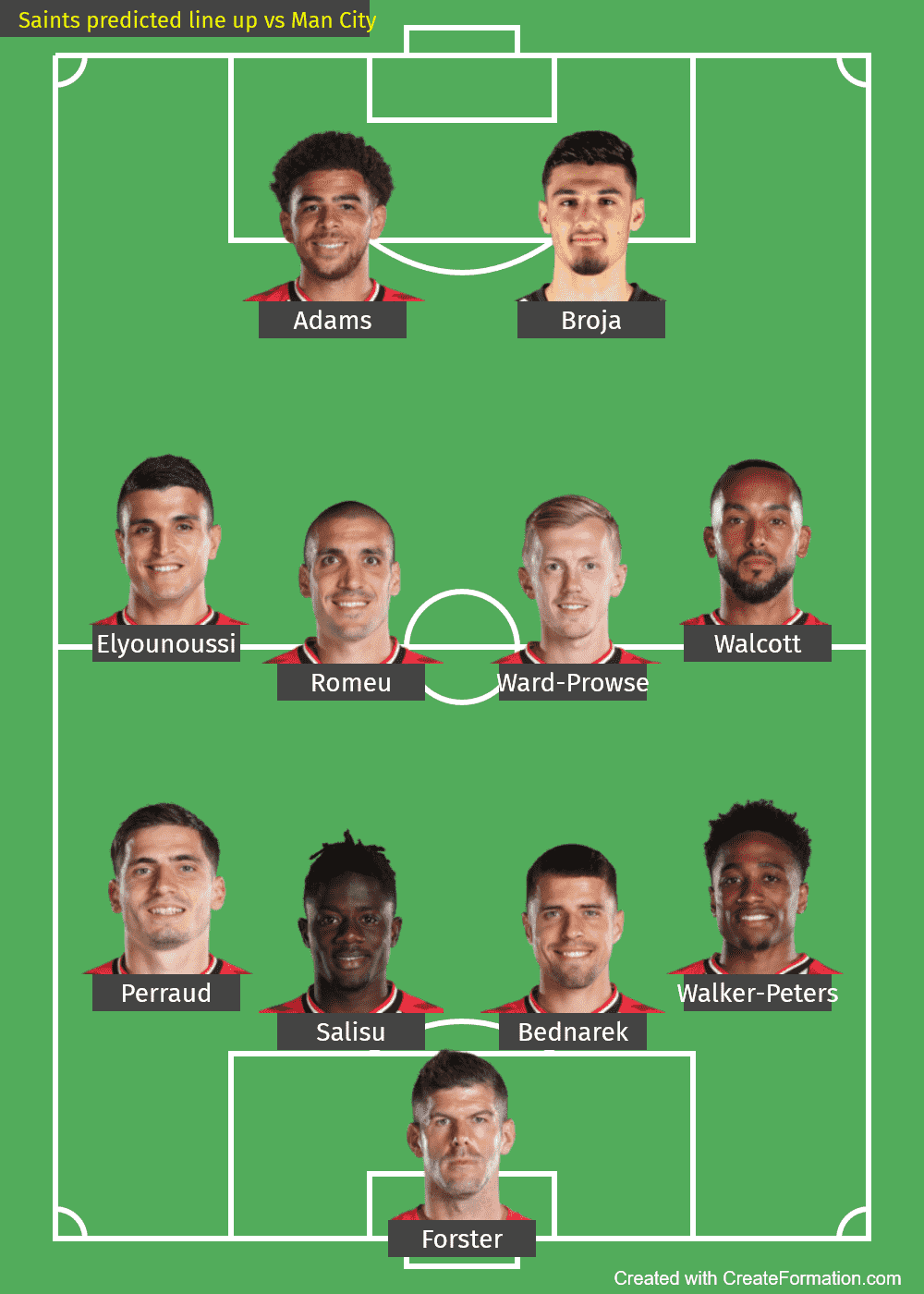