Southampton started the season on the wrong foot but they are slowly stabling the ship after picking up four points from their previous two Premier League matches.

They could slump to another defeat though as they face Chelsea in the Carabao Cup Round of 16 in midweek.

The Saints face a Chelsea team who are in peak form so Ralph Hasenhüttl has some serious thinking to do especially since he will be missing some key players with injuries, ineligibility and suspension.

The Blues come into this game at the back of a 7-0 win over Norwich City so Tuchel’s side are the out and out favourites to win in midweek. But the Chelsea boss is going to rotate his squad so Southampton are not going to let their shoulders drop so easily.

The Saints boss himself is going to make a few changes to his starting line up so McCarthy is going to be replaced by Forster.

The central defence pairing is also going to see a chance as Hasenhuttl rests Bednarek and replaces him with Lyanco.

Jack Stephens is out with a knee injury and the manager has confirmed that the defender will be out for 10 to 12 weeks.

Livramento scored against Burnley during the weekend but he will be rested while Perraud will keep his place on the left-hand side of defence.

James Ward-Prowse is suspended due to a red card so Ibrahima Diallo and Romeu are once again going to pair in central midfield.

Armando Broja picked up an ankle injury during the Burnley game but he’s ineligible to play against his parent club anyway. This means Che Adams is going to partner Nathan Redmond upfront.

Adam Armstrong starts on the bench once again.

Southampton predicted line up vs Chelsea: 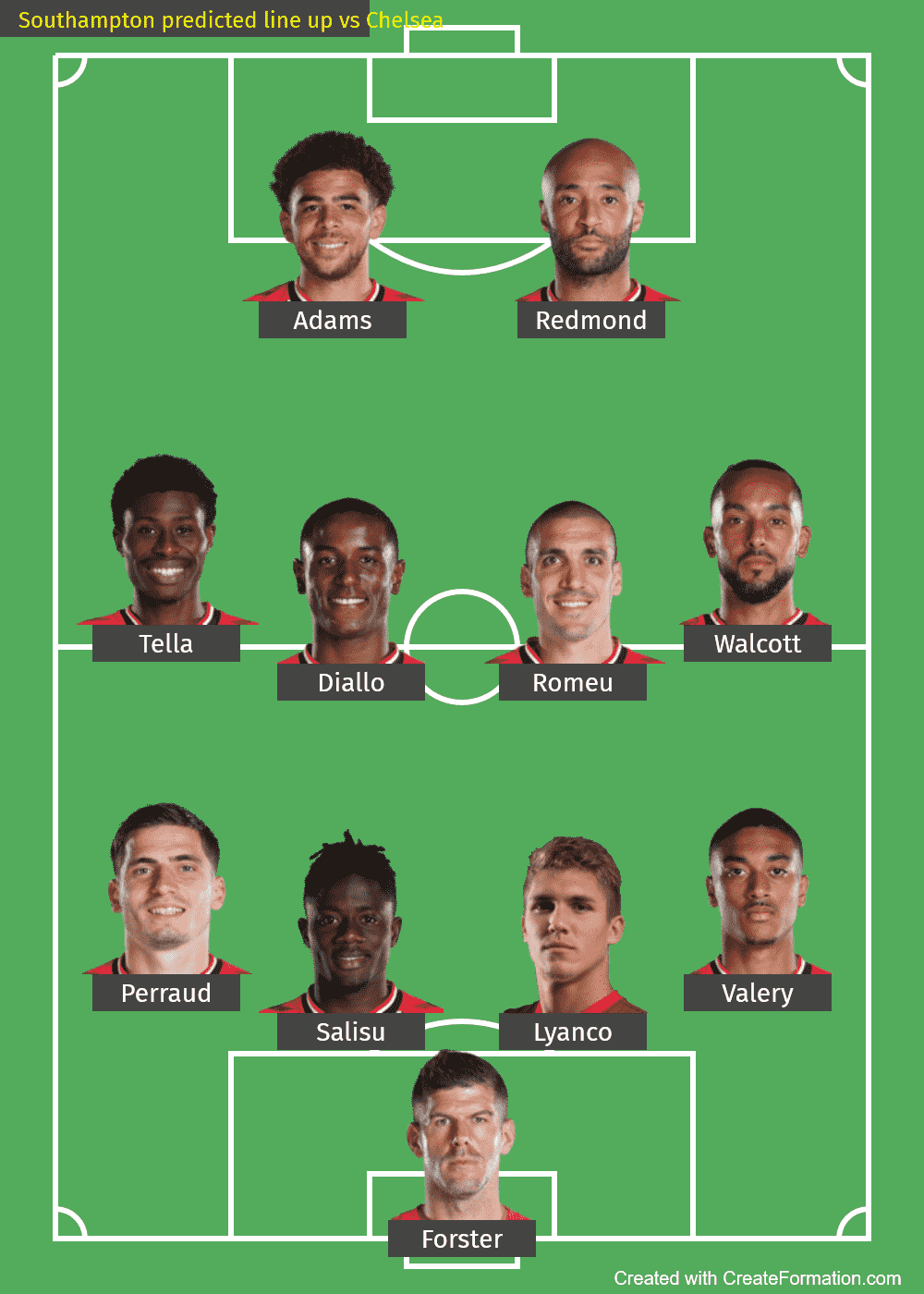