Spurs have managed to steady their ship after a rocky start to their Premier League campaign but they are set to face another major test when they take on West Ham United on Sunday.

Nuno’s side go into this match at the back of two league wins but they suffered a minor setback in midweek when they lost 1-0 to Vitesse in the Conference League.

That loss though is absolutely inconsequential as the manager had rested most of his first-team regulars so they remain fit the Hammers game. All these players will return to the starting line up on Sunday and thankfully the manager has only one injury concern.

The Lilywhites have won three out of their previous four league games at the London Stadium but this season West Ham are in superb form. If was any other season, we would have put out money on Spurs to pick up all three points but David Moyes has totally transformed West Ham and to make matters worse, Nuno is still sorting things out at Tottenham.

Hugo Lloris will return infront of goal after being rested in midweek while Eric Dier and Cristian Romero start in central defence.

Emerson and Romero both played last weekend vs the Magpies despite just returning from their international duty so they are guaranteed starters on Sunday as well.

Oliver Skipp and Hojbjerg seem to be the first-choice defensive midfielders for the Spurs manager right now and the pair will come back into the side after they were rested in midweek. Lo Celso and Harry Winks started against Vitesse but both of them will move back to the bench.

Ndombele has moved ahead of Dele Alli in the pecking order and the 24-year-old will once again play as the No 10. Ndombele was reportedly wanting to leave during the summer but he’s managed to turn things around and even his manager has now admitted it.

Nuno told Sky Sports: “A lot of things have changed. I always said from the beginning. I can’t go and say all the things that happened.

“We are aware that since Tanguy commit himself to the club and the team. He’s so talented.

Son and Lucas Moura will operate as the two wide players while Harry Kane will lead the line on Sunday.

Kane has been really lacklustre this season, scoring just one goal in seven Premier League games so far but Nuno Espirito Santo has no other option but to keep using him and hoping he comes good. 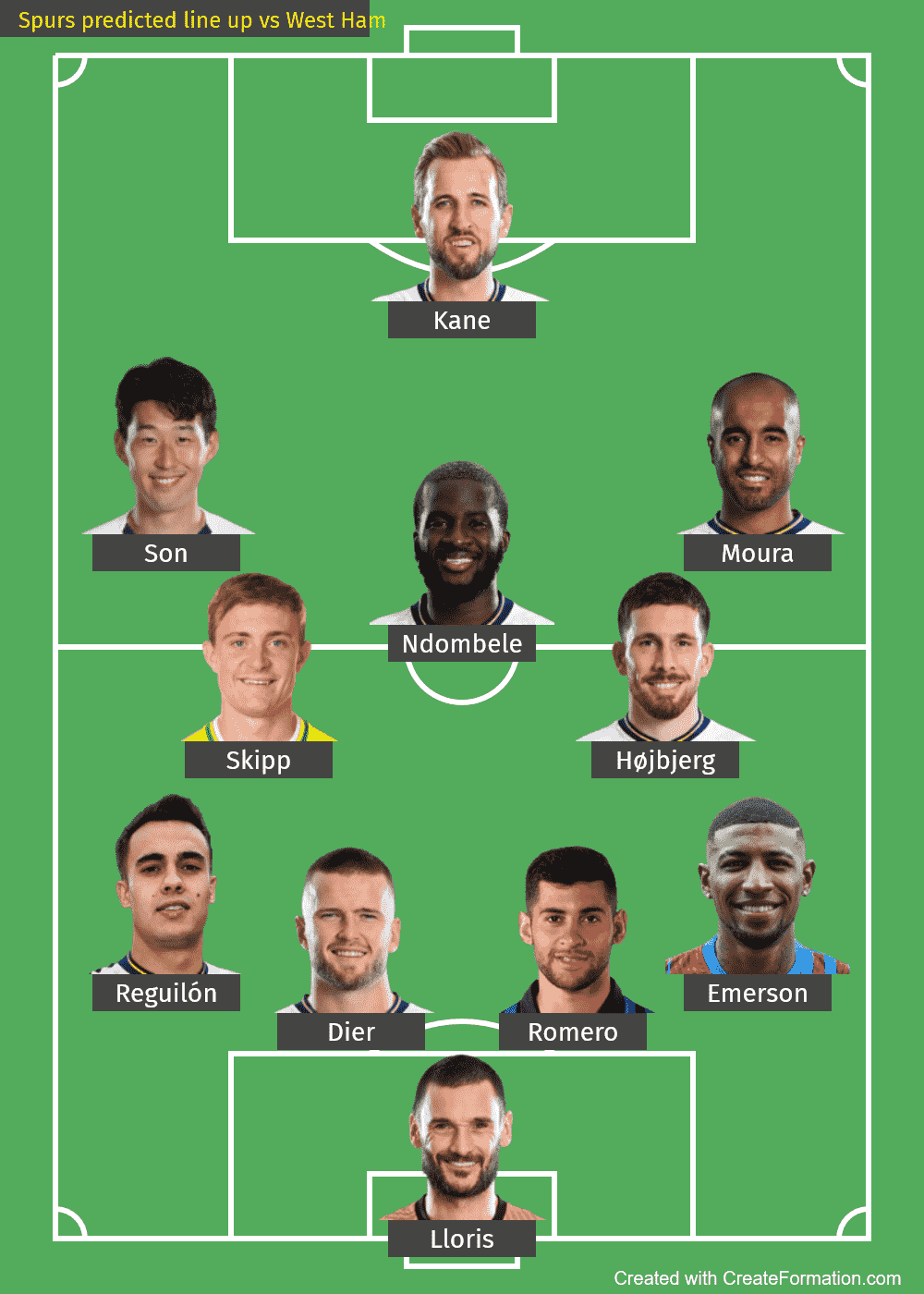