England and Italy played one of the most entertaining finals in recent times but in the end, it was Roberto Mancini’s side who won the UEFA EURO 2020 by beating the Three Lions on penalties.

Now that the tournament has concluded, the governing body of football in Europe have come out with their UEFA EURO 2020 Team of the Tournament. According to UEFA’s official website, the team was selected by the board’s technical observers which included people like Robbie Keane, Fabio Capello and David Moyes.

It’s no surprise that the line-up is dominated by England and Italian players since both these sides made it to the final. But, there’re also a few big names missing from the line-up, particularly Cristiano Ronaldo and Patrik Schick.

England have three representatives in UEFA’s official team of EURO 2020 while the Azzurri have as many as five names.

Here’s the UEFA EURO 2020 Team of the Tournament: 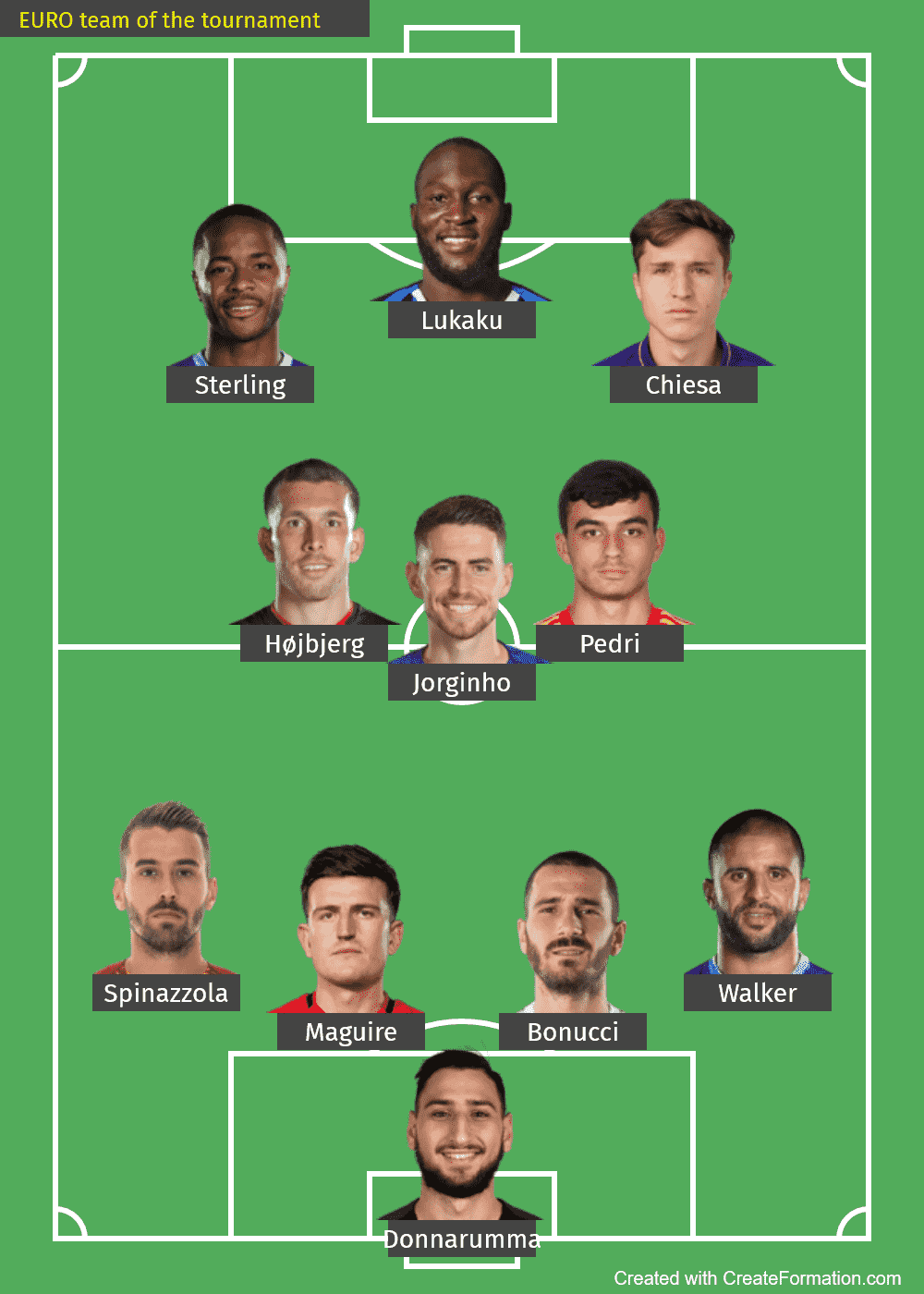 Major absentees from the UEFA EURO 2020 Team of the Tournament:

The first big name that is missing from the list is that of Cristiano Ronaldo despite him scoring five goals during the current edition of the European Championship.

Czech Republic’s Patrik Schick had a wonderful tournament and also managed to score five goals. But somehow even he does not find a place in the team.

Kalvin Phillips was one of the standout players in defensive midfield for England, covering a distance of 83 km, just second on the list behind Jorginho. But the Leeds United man has also been shunned.

Luke Shaw was another standout player for England during the UEFA EURO 2020 but the Manchester United left-back possibly missed out Spinazzola was on fire for the Italian side.

Donnarumma’s heroics in the final is perhaps the only reason why Jordan Pickford does not find a place in this line-up despite conceding just two goals in the whole tournament.

Read: Jose Mourinho has once again spoken about Luke Shaw.

Read: Is this why several England senior pros did not step up for the penalty shootout?

Read: Player responds to criticism after England lose on penalties.

Read: Should this Italian player have received a red card for his nasty foul in the UEFA EURO 2020 final?