Premier League sides West Ham United and Tottenham Hotspur are eyeing a move for Wolfsburg striker Wout Weghorst, as per the latest reports.

The two London sides are looking for attacking reinforcements this summer transfer window and both of them are likely to make a move for the 28-year-old in the coming months.

The Boot Room cites The Athletic saying: “Tottenham and West Ham will need to pay £25 million to land Wout Weghorst this summer, according to The Athletic.

“Both clubs held preliminary talks last year and the London rivals could go head-to-head for his signature this summer.”

Is Wout Weghorst coming to the Premier League?

Wout Weghorst joined Wolves from AZ Alkmaar in 2018 for a fee of around 9.45 million pounds and he has two more years left on his current deal with the German side. During the 2020-21 season, the centre-forward has scored 20 goals in 34 Bundesliga games also providing nine assists.

This is not the first time West Ham United are being linked with the Wolfsburg man and according to one of the more reliable sources, the Hammers are not likely to land the striker this summer either.

ExWHUemployee said, as reported: “We’ve been linked with Wout Weghorst. I’ve linked him to us before and I know we’ve had interest in him.

“I can’t see us signing him, although I know we have watched him in the past.”

Spurs are at the risk of losing Harry Kane maybe that is why they are being linked with so many strikers right now. But there’s no way the 28-year-old will be able to fill the void if Kane moves to a rival club this summer.

At £25 million, Weghorst is surely a very cheap option for both the London-based clubs and since West Ham United will be playing in the Europa League next season, Moyes might just be able to land him if he tried hard enough.

As far as Tottenham are concerned, they will only sign a striker if Harry Kane is on the move this summer and if Kane is leaving then Levy will use the transfer money from his sale to bring in a world-class replacement and not Wout Weghorst, a striker who is valued at just £25m. 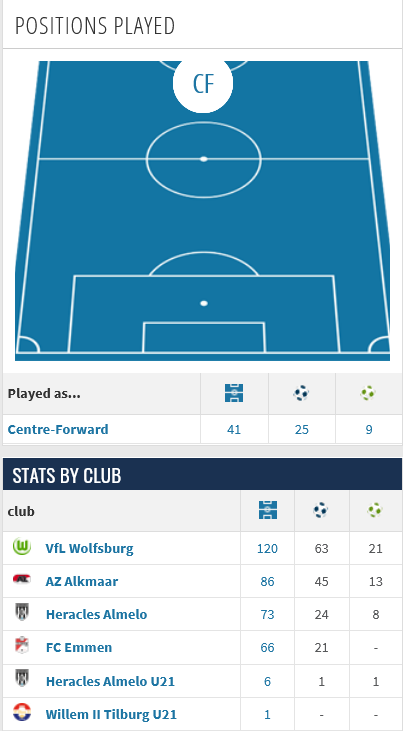 Read: Mourinho’s transfer blueprint at Roma could be bad news for Spurs or Wolves.

Read: Will Spurs try and sign this 27 Y/O centre-forward if they lose Harry Kane?

Read: Man City not likely to make a summer move for this West Ham United asset.

Liverpool will cash in on this 26 Y/O misfit with two English clubs interested: But there’s one problem

Chelsea and Manchester United might not be able to get their hands on West Ham United midfielder Declan Rice during the ongoing transfer window,...
Read more

Harry Kane has not shown up for training on Tuesday morning either but according to talkSPORT, the forward is planning to backtrack from his...
Read more

Liverpool will cash in on this 26 Y/O misfit with two English clubs interested: But there’s one problem

Wolverhampton Wanderers and West Ham United have shown an inclination towards signing Liverpool forward Divock Origi but his price tag is causing a few...
Read more

Harry Kane has not shown up for training on Tuesday morning either but according to talkSPORT, the forward is planning to backtrack from his...
Read more

Man United’s transfer strategy could keep them trophyless next season as well: Still time to rectify it?

Man United have made two marquee signings this summer but according to ESPN, the club might not see the arrival of any other major...
Read more

Man United receive a major boost in holding onto their biggest superstar: Staying at OT?

PSG are trying to lure Paul Pogba out of Manchester United but as per the latest reports, the French international could remain at the...
Read more