Arsenal are winless in their last three Premier League games and that unfortunate streak might not be broken this weekend as they welcome Leeds United at home.

The Gunners have seen a slump in form over the past few games and the way Leeds United play, Mikel Arteta’s side could be in for a really tough evening.

But according to pundit Michael Owen, Arsenal are the favourites to pick up a win on Sunday and their recent strong home form should ensure that the North London move up the ladder on the league table.

He wrote for BetVictor: “This is a fixture that brings back great memories and one of the reasons that it’s so great to have Leeds back in the Premier League.

“The visitors arrive here as underdogs, but I think that suits Leeds and they’ll be quite comfortable in that role.

“I expect them to deploy their smothering tactics on Arsenal. No side works harder off the ball than Marcelo Bielsa’s side in the Premier League, so the Gunners will have to be at their best if they are to take maximum points.

“That said, Arsenal have kept a clean sheet in their last three home matches in the Premier League and are undefeated in five at the Emirates.

“This is the type of form you need going into a game like this. I’m expecting an entertaining match, and I think Arsenal will just edge it.”

Arsenal are undefeated in their last 8 matches against Leeds in all competitions and have kept a clean sheet in three of those games. So even historically, the Gunners are the better side in this tie.

But under Marcelo Bielsa’s Leeds are a totally different beast and attack is the only thing on their mind this season.

The last time these two sides met was back in November and that match ended 0-0 with Nicolas Pepe being sent off. And in that match, Leeds United managed a staggering 25 attempts on goal as compared to the nine from Arsenal.

Read: Here’s how Arteta is planning to dismantle the Leeds United defence.

Read: Will Mikel Arteta use this player in the starting line-up vs Leeds United? 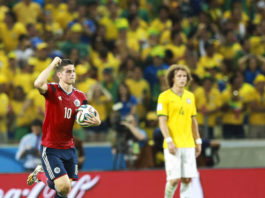 How Everton could line-up against Chelsea: James Rodriguez to return from... 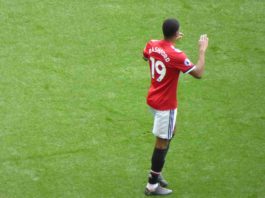 Man United boss explains why his side have seen a dip... 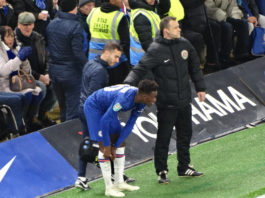