Rangers FC midfielder Joe Aribo has been eyed by Premier League side Crystal Palace and according to Football Insider, the Eagles might have to shell out upwards of £10 million.

The report claims: “Rangers will demand a £10million-plus transfer fee for Joe Aribo in the January window.

“The versatile midfielder, 25, is on the radar of clubs south of the border going into next year and amid growing doubts over his long-term Ibrox future.

“A Rangers source has told Football Insider that the club have no intention of letting Aribo go easily and it would take an eight-figure fee to get a deal done.”

Will Crystal Palace agree to pay £10M for Joe Aribo?

Patrick Vieira is expected to add further reinforcements to his Crystal Palace squad during the January transfer window and given the way Joe Aribo has performed this season, the midfielder is expected to be one of their top-priority targets.

Aribo joined Rangers in 2019 and since then he’s played regular football for the Gers. Last season, he played in 31 league matches and this time around he’s already clocked up nine appearances.

The 25-year-old is also a regular in the Europa League games so Rangers have every right to quote £10 million for him, more so since he has two more years left on his current contract.

The Gers need finances to balance their books and bring in new signings next summer and this is why if Crystal Palace are ready to meet their demands then Gerrard will not stop Joe Aribo from leaving in January.

Crystal Palace has improved massively under their new boss so the owners will not hesitate to sanction a £10-15 million deal during the middle of the season if Vieira is really serious about the Nigerian midfielder.

Joe Aribo is primarily a central midfielder but he can also play in the No 10 role as well as down the wings. 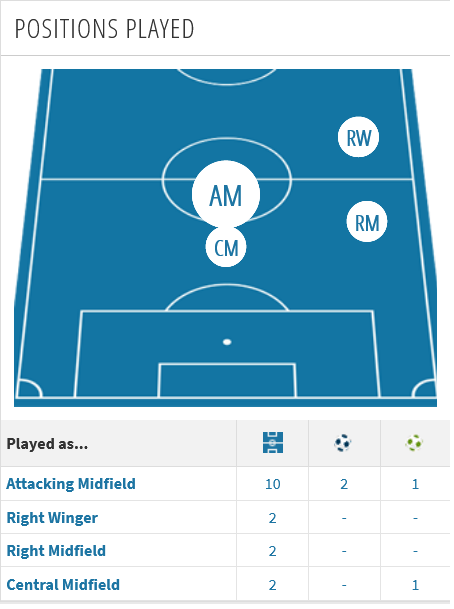