Wolves are slowly settling down under the guidance of their new manager and they are currently 12th on the Premier League table with nine points.

Next up, Bruno Lage’s side will take on Aston Villa on Saturday and this Midlands derby is going to be one evenly matched affair.

Villa are undefeated in their previous five home matches but at the same time, they have several injury concerns to deal with. We don’t think Dean Smith will be able to name his strongest side this weekend meaning the away side have the perfect chance of picking up all three points.

Having said that Bruno Lage himself has several injury concerns to deal with but he has pretty good bench strength which should help him name a pretty bold starting XI.

Wolves have won three of their previous four Premier League games so the momentum is undoubtedly with Lage’s side as they head into this weekend’s encounter.

Thankfully the Wolves boss does not have any major defensive absentees and since he’s been using a 3-4-3 system, Kilmann and Romain Saiss are going to pair up with Conor Coady in the three-man back line.

Midfielder Ruben Neves is recovering from a knock so he is a slight down for this game but the latest reports suggest he will be fit enough to start against Villa.

Ruben Neves will start alongside Joao Moutinho in central midfield with Semedo and Marcal playing out wide.

Trincao has contracted COVID meaning he will be an absentee for the Villa game. This should give Adama Traore a chance to come back into the starting line up.

Some pundits think that the Wolves boss will likely choose Daniel Podence ahead of Traore on the right flank.

Hee-Chan scored a brace for Wolves against Newcastle United right before the international break so he will once again operate down the left-hand side with Jimenez playing through the middle. 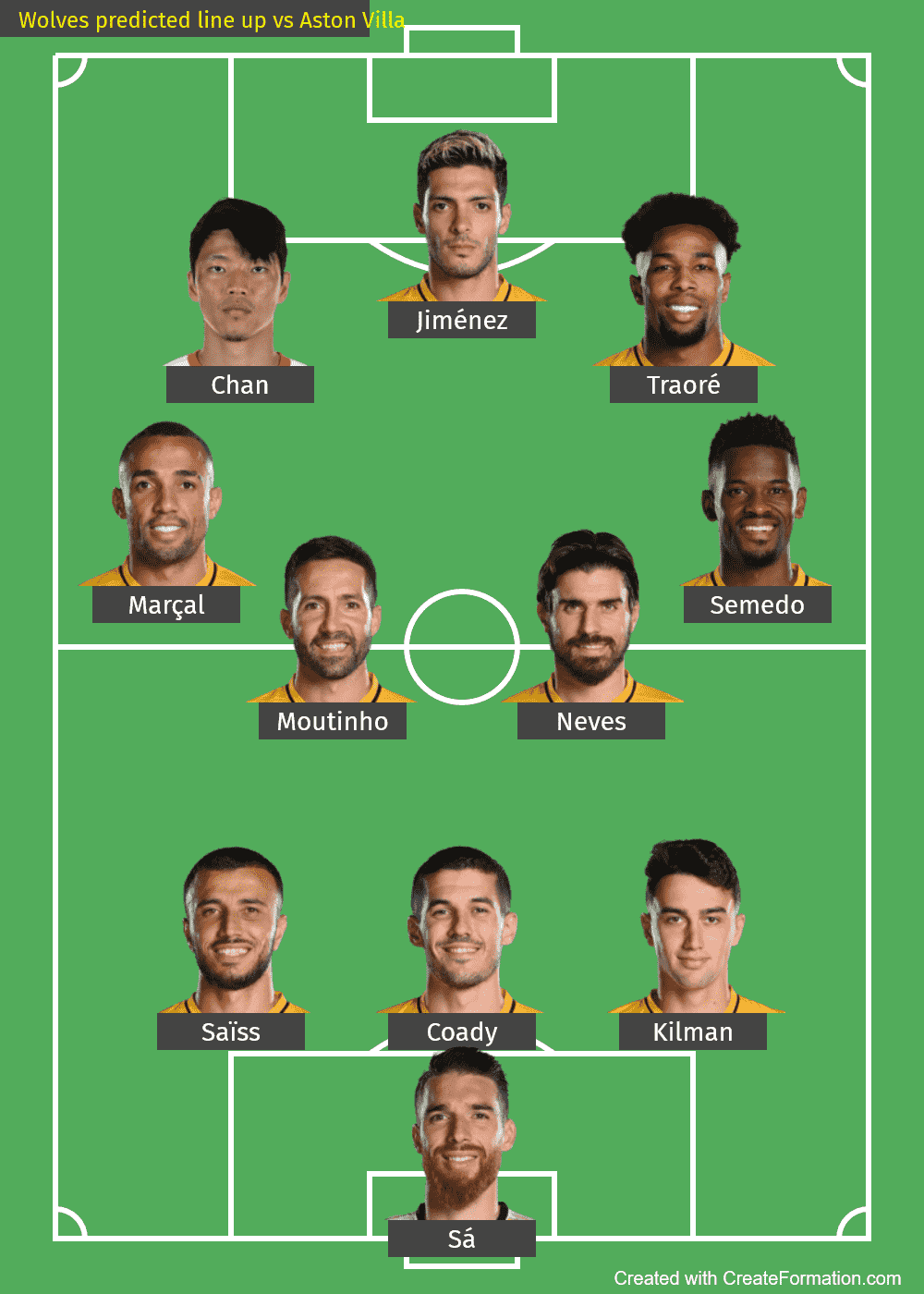 Read: Here’s how Aston Villa are expected to line up vs Wolves.