West Ham United held off Wolves last Monday in the Premier League to pick up all three points and that win helped David Moyes’ side get into the top-four of the table.

The Hammers take on Leicester City next in the league and a win vs the Foxes will really help them consolidate their spot on the table. And given that only Liverpool and Manchester United have managed to pick up wins at the London Stadium since October, West Ham will be beaming with confidence.

The fight and determination vs Wolves really showed that Moyes’ side are ready to challenge the likes of Chelsea and Liverpool for that final Champions League spot until the end of May and if they can win on Sunday then they will be just one point behind Leicester City themselves – having played the same number of games.

This match should be an evenly fought contest but Moyes has a few key injuries to deal with and this might just help swing the tie in Leicester City’s favour.

With Ogbonna out with an ankle injury, Issa Diop and Dawson will once again pair up in central defence. Cresswell will play at left-back with Vladimir Coufal operating as the right-back.

Declan Rice will be out for a few weeks with a knee injury and this is a massive blow for the West Ham United manager. In the absence of Rice, Mark Noble will once again partner Soucek in central midfield on Sunday.

Arthur Masuaku’s return was a big plus for David Moyes and he will start on the left-hand side of attack with Fornals playing on the other flank.

Jesse Lingard has been in peak form ever since his loan move from Manchester United and he will be one of the first names on the manager’s teamsheet this weekend.

Michail Antonio picked up a hamstring injury during the 3-2 win over Wolves and this injury, like the Declan Rice one, could help swing the tie in favour of the visiting side.

With Antonio not available Jarrod Bowen will play in the centre-forward’s role.

West Ham United managed to gain a slight advantage last weekend thanks to the slip-ups from Chelsea as well as Spurs but they will need to beat Leicester City to maintain this rhythm. A loss is likely to push them out of the top-four with multiple teams within touching distance from them on the table. 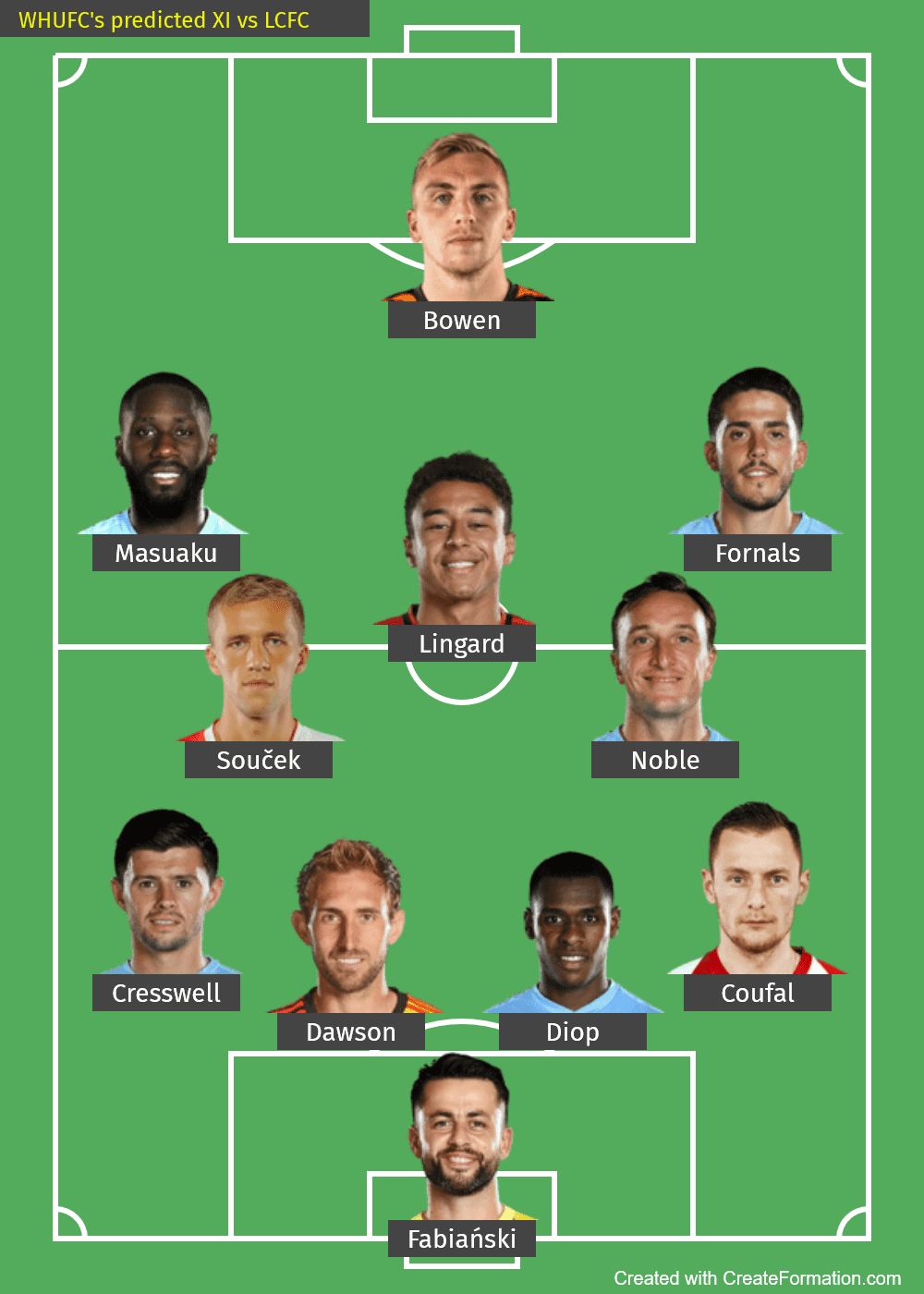