Celtic FC are expected to finish second on the Premiership table this season but that’s still a dreadful result given they are miles away from Rangers FC.

The Bhoys were knocked out of the Scottish Cup just a few weeks ago by their Old Firm rivals and in their next match, they somehow managed to scrape past Aberdeen with a 1-1 draw.

Now, this weekend, Celtic FC take on the Gers in the final Old Firm derby of the season and John Kennedy will be really hoping his side can pick up a win and end the season on a high.

Celtic are undefeated in 10 of their last 11 matches in the Premiership but they have not had any luck against Steven Gerrard’s side in their previous five encounters. A win in this match will not only help the Hoops cut down some gap at the top of the table but it will also be Rangers’ first league loss of the campaign.

Greg Taylor reclaimed his spot from Diego Laxalt at left-back but the latter should be back into the starting line-up on Sunday. Bitton started in central defence against Aberdeen but Kristoffer Ajer will partner Stephen Welsh against Rangers.

Callum McGregor and Scott Brown kept their places in the middle of the park and the same arrangement is to be deployed this weekend as well.

Ryan Christie will play on the right-hand side of attack while Mohamed Elyonoussi operates on the left. David Turnbull will play as the No 10.

James Forrest has been on the sidelines for a large part of the season but John Kennedy has revealed that the winger is available for selection this weekend.

The interim boss told the press: “Yes, James has trained all week. He was just short for the Aberdeen game.

“The benefit of having time since then is that it has given us more training time. He has been good. It was nothing too serious, something we could manage easily in-house. Hopefully he picks up where he left off. “

The 29-year-old had a lengthy recovery from an ankle injury and just after returning, he picked up a hamstring injury. With so little game time under his belt, we don’t expect Forrest to start, maybe he can come off the bench to make a difference.

How the Bhoys are expected to line up: 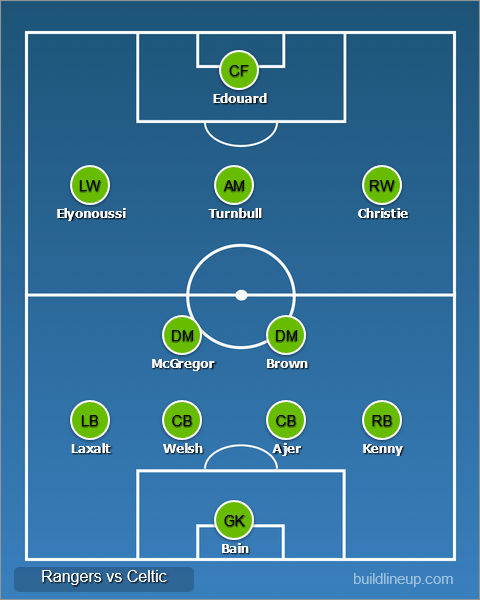 Scotland receive a massive injury boost as they prepare to face England: Fit enough to start?

Premier League side Chelsea have said to be in pole position to sign Villarreal's 25-year-old left-back Alfonso Pedraza, according to reports in Italy. Sports Illustrated...
Read more

Liverpool midfielder Alex Oxlade-Chamberlain has been a real misfit at the club and according to club legend John Barnes, the England international should look...
Read more

Scotland suffered a 2-0 loss at the hands of Czech Republic in their opening game of the European Championship and next up, they take...
Read more

What will Sunil Chhetri do when he meets Lionel Messi?

Sunil Chhetri is the undisputed king of the Indian national team and he put another feather in his cap as he overtook Lionel Messi...
Read more

There was a time when Indian Football, especially at the national level, was just a formality for all the players. But over the past...
Read more

EURO 2020 Betting Odds & Predictions: Who will win the tournament & which players are going to shine?

The EURO 2020 is being played a year later due to the pandemic but it's finally here and now we get to see all...
Read more