PSG could not do much to stop Manchester City from scoring two away goals in the first leg of the Champions League semi-final last week so they now have a lot to do in the second leg.

The Parisian side need to score at least two goals at the Etihad on Tuesday night which is not particularly an uphill task for a team like PSG but it’s Manchester City we are talking about, a team which has one of the best defences in European football right now.

PSG managed to get past Lens in the Ligue 1 this past weekend meaning their title push is very much alive but the domestic league will be the last thing on Pochettino’s mind right now.

The manager does have a few absentees going into this second leg so we expect the manager to make a few changes to the line-up which took the field in the first leg.

Juan Bernat is ruled out with an injury so Mitchel Bakker will play at left full-back with Kimpembe and Marquinhos playing in central defence.

Paredes is a guaranteed starter in the middle of the park but with Idrissa Gueye ruled out, Ander Herrera and Danilo Pereira will be fighting for a spot in the starting line-up on Tuesday.

Verratti is expected to start as the No 10 on Tuesday but he could be swapping positions with Neymar down the left flank just like they did in the first leg.

The PSG will be sweating over the fitness of Kylian Mbappe who picked up a knock during the weekend and is facing a race against time to be available for selection.

Pochettino had said after the Lens game: ‘Kylian Mbappe has discomfort in the right calf. We hope it does not matter and that he will be back with us soon.’

Kylian Mbappe has travelled with the PSG squad to Manchester so now we will have to see if he is fit enough to start or not.

If the French international cannot be named in the starting line-up then Mauro Icardi could be leading the line at the Etihad Stadium. 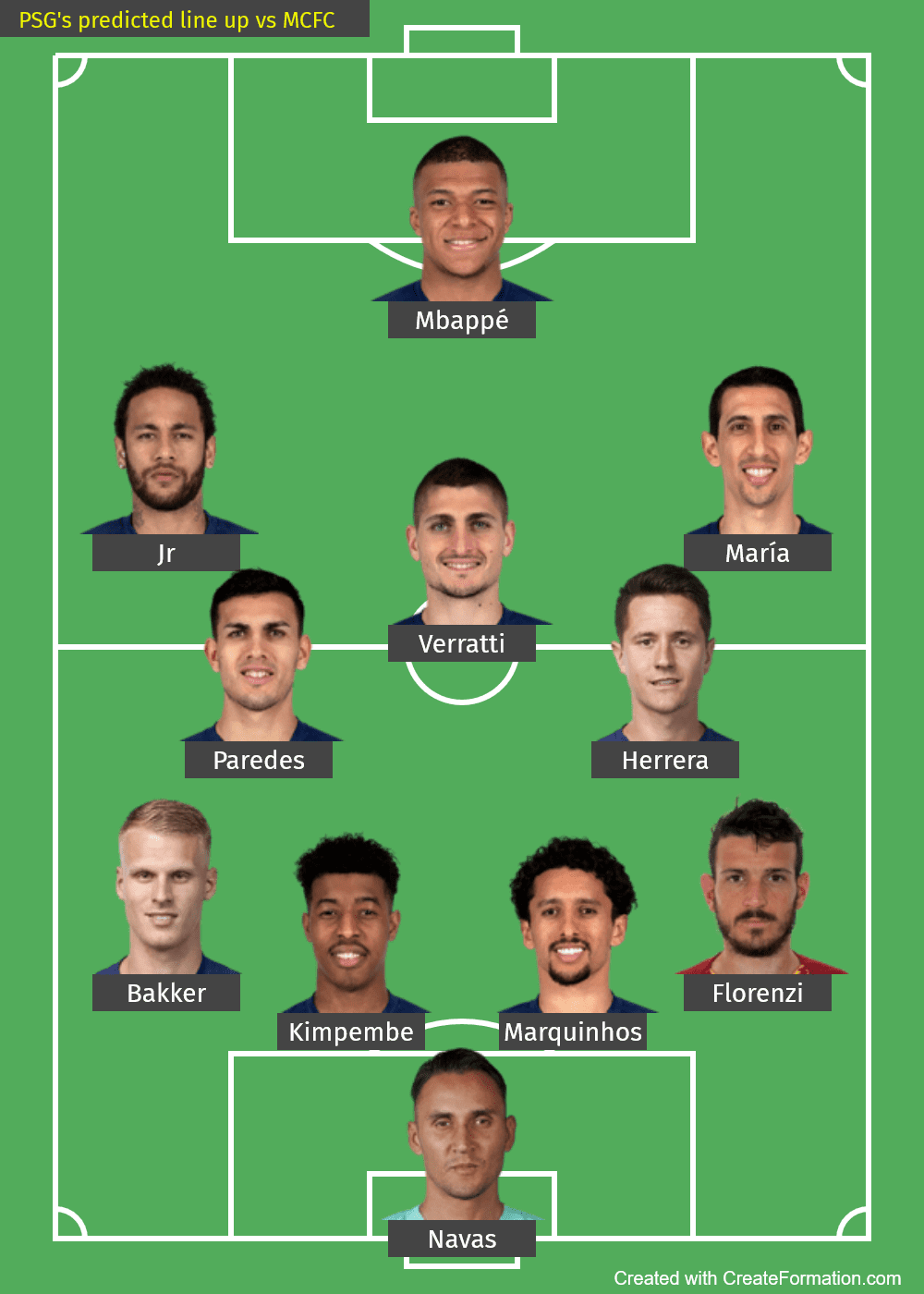 Read: How Manchester City could line up in the second leg.

Read: Sergio Aguero likely to remain in the Premier League next season.