And Guardiola will be hoping to keep this winning run going when his side take on Leicester City this weekend at the King Power Stadium.

Manchester City have a fourteen point lead at the top of the table and if they can manage to pick up a win this weekend then the Citizens will have one hand on the league trophy. The manager is known to rotate his formation for the big matches so it will not be a big surprise to see him make some drastic changes to his starting line-up.

Guardiola has a fully fit squad to choose from and this will give the manager the luxury to rotate some of his regular starters since City will have to face Borussia Dortmund in the Champions League next week.

John Stones and Ruben Dias have been the first-choice centre-back pairing for Man City this season but the England international played vs Poland in midweek so there’s a big chance Guardiola could look to rest him.

If Stones is given the day off then Dias will be partnered by Aymeric Laporte.

Kyle Walker and Zinchenko are expected to play as the two full-backs but there’s also a chance that the manager chooses Joao Cancelo in the left-hand side of defence.

Fernandinho started in Man City’s FA Cup win vs Everton before the international break but he will make way for Rodri this weekend. Gundogan and Kevin De Bruyne are automatic choices in the middle of the park.

Riyad Mahrez was in wonderful form before the international break but there’s a chance he could move to the bench vs Leicester if Guardiola opts to select young Phil Foden in the final third.

Raheem Sterling is more or less a guaranteed starter on the left wing but the same cannot be said about Gabriel Jesus since the Man City boss has the tendency of playing without a recognized striker in big matches.

Pep could opt for this same ploy once again but we have a feeling that the Spaniard will want to keep it simple. 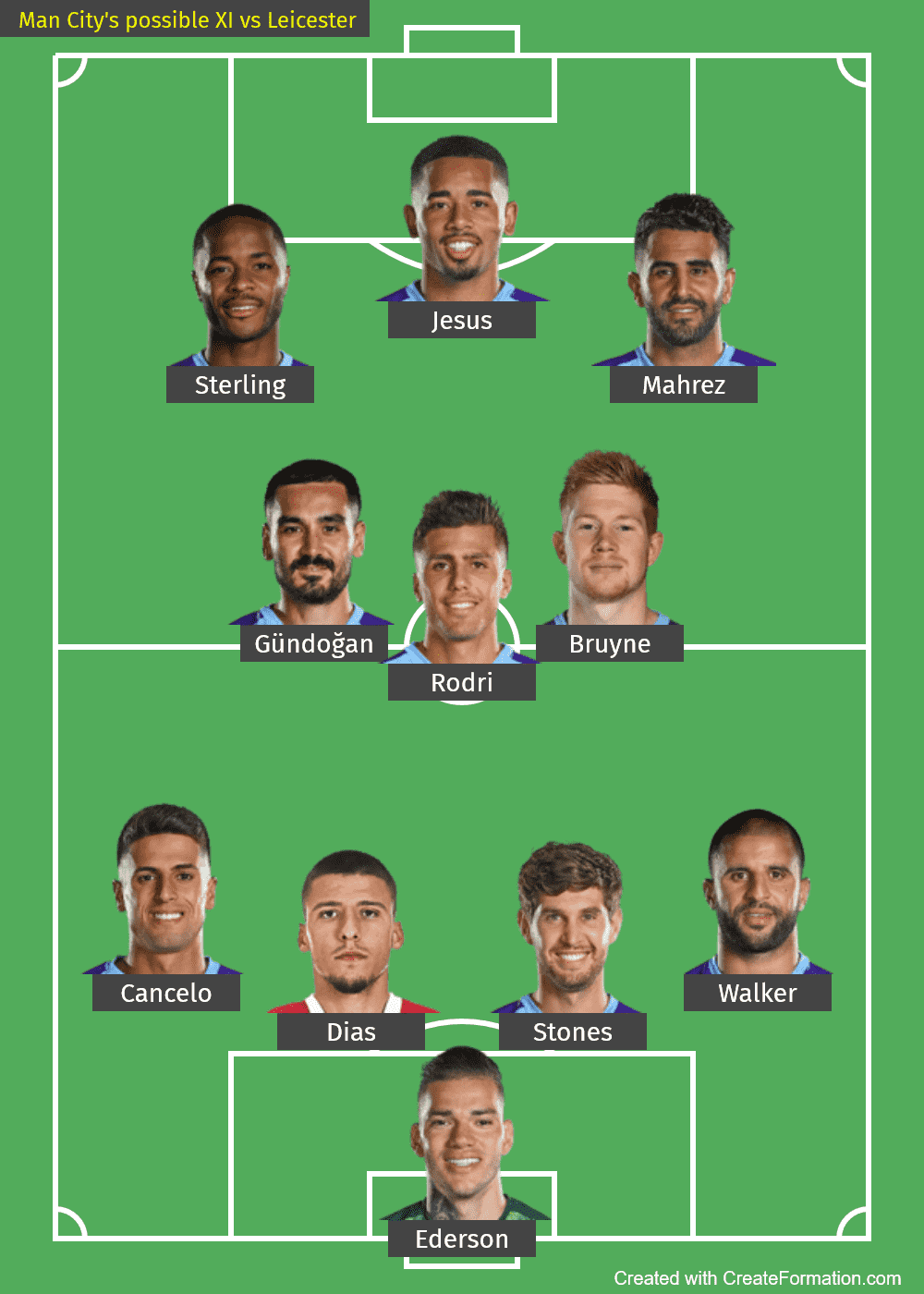 Read: One PL side could beat all the other suitors to the signing of this 20 Y/O forward.