England successfully beat Germany in the Round of 16 of the European Championship so on Saturday they will take on Ukraine in the quarter-final. And just hours before kick-off the leaked England line-up has come out on the spotlight, courtesy of The Telegraph.

The Three Lions boss opted to use a 3-4-3 formation against Germany on Tuesday but as per the report, Gareth Southgate could revert to a 4-2-3-1 system on Saturday in Rome.

This means Chelsea midfielder Mason Mount will be back in contention after having gone through a quarantine period.

The report also claims that Bukayo Saka is nursing a slight knock and this might allow Jadon Sancho to finally get a start down the right wing. Man City’s Phil Foden also remains an option despite him already being on a yellow card.

The four-man back line means Kyle Walker will play as the right-back but the manager also has the option of using Kieran Trippier in that role on Saturday.

If Mason Mount is set to return to the starting line-up then Jack Grealish will once again have to be content with a substitute’s role. And he will be hoping to make the same sort of impact as he did against Germany.

Four England players are one booking away from a suspension but The Telegraph’s Matt Law is claiming that Gareth Southgate will not be concerned with that. Defender Harry Maguire is one such player but he is a guaranteed starter vs Ukraine.

Declan Rice and Kalvin Phillips are the other two players on yellow cards and despite them being in fine form, it will not be a big surprise if the manager opts to replace one of them with Jordan Henderson.

“I understand the strategy of thinking that through, but I don’t think there is a team in the world who would do that at this point,” said Southgate when asked about resting the players who are in risk of suspension.

“I have never seen it happen and it is not in our thinking. It would be a bad message for our players and it would be the wrong message for Ukraine. 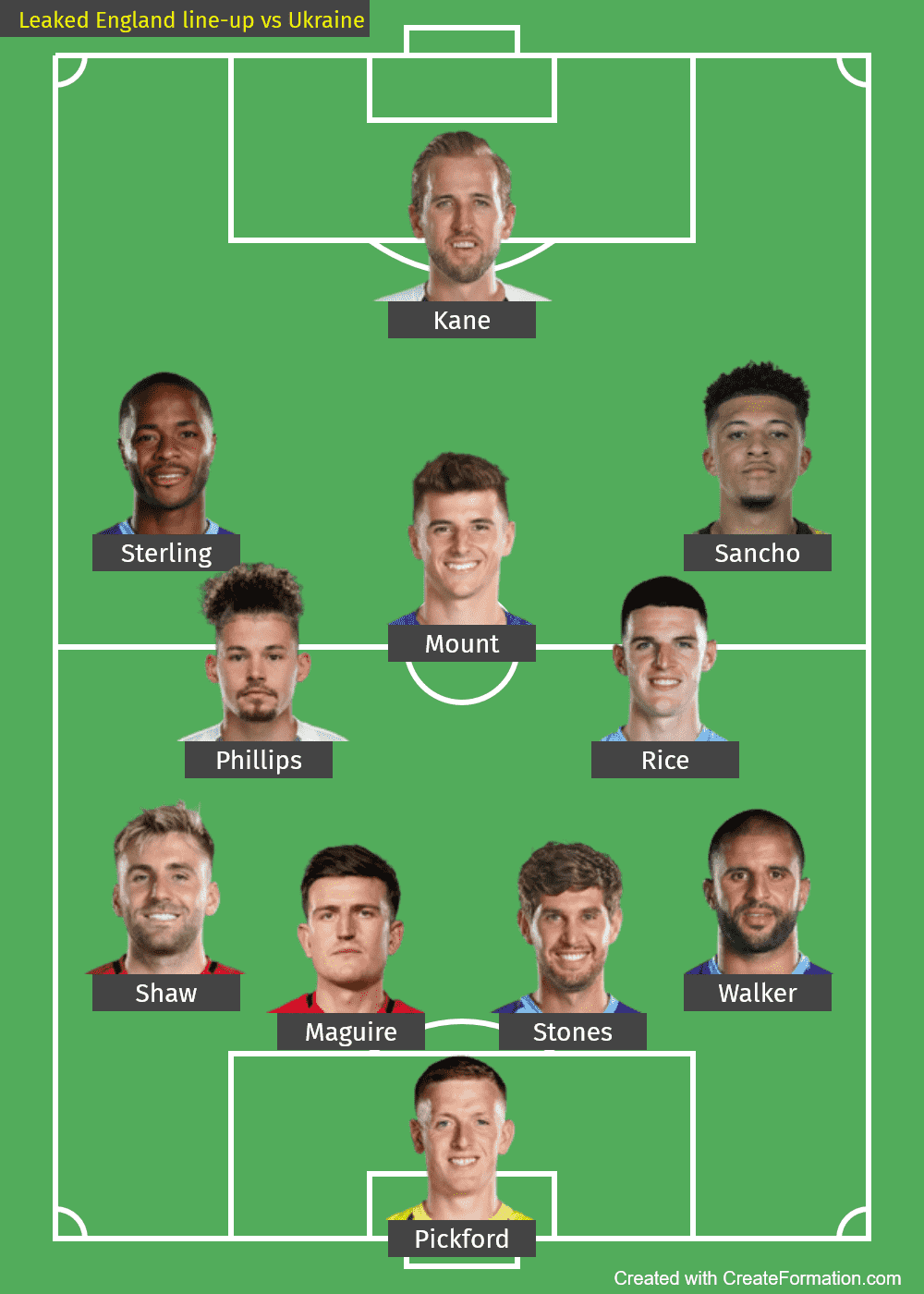 Read: England could crumble under intense pressure against Ukraine.

Read: What changes is Gareth Southgate likely to make when England face Ukraine?