Harry Kane has been the crown jewel for Tottenham as well as England over the past few years and the forward will once again have the chance to shine at the international stage as the Three Lions head into the EURO.

The centre-forward wrapped up yet another fine Premier League season for Spurs, scoring 23 and assisting 14 goals in 35 league matches for the North London side. But towards the end of the campaign, he dropped a bombshell by hinting in one of his interviews that he could be ready for a new challenge.

Kane told Gary Neville on his YouTube show, The Overlap: “I don’t want to come to the end of my career and have any regrets. I want to be the best I can be.

“I’ve got seven, eight years, kind of what I’ve already had in the Premier League. So I’m not rushing anything, I’m not desperate to do anything. I’ve still got so much more to give. I can produce better numbers than I’m producing at the moment.

“I want to be playing in the biggest games. This season, I’m watching the Champions League and the English teams doing amazing, and they’re the games I want to be involved in.

“It’s a moment in my career where I have to reflect and see where I’m at. Ultimately it’s going to be down to me, how I feel and what’s going to be the best for me and my career.”

This interview has set all the tongue’s wagging with most of the British media claiming that Harry Kane is looking to move out of Spurs this summer and is likely to join one of the two Manchester-based clubs.

The rumours have also claimed that the 27-year-old will take the final call about his future only after the Euros which is why many experts believe the forward might not be fully focused during the tournament.

It’s very easy to get swayed away with all these transfer rumours but according to Alan Shearer, all this buzz is not going to affect Harry Kane because might have already made up his mind.

Shearer said, as quoted by the Independent: “He comes into it after winning the Golden Boot in the World Cup and he’ll also probably come into it on the back of having to sort his future out with Spurs.

“I went into Euro 96 with Blackburn and of course had the tournament and then had a decision to make myself after it.

“It sounds like he’s made that decision already. I don’t think that will affect him at all, even if it’s not sorted out, which we don’t think it will be.

“But with the talent (in the squad), with the added options of our full-backs – whether he plays three or four at the back – then I’m pretty sure that Harry will score goals and will be right up there challenging for that Golden Boot.

“I’ve no doubt about that. I’m fairly confident of that.”

Like Shearer, we also feel Harry Kane knows exactly what he is going to do next season so his full focus will be on winning the Euro with England this summer.

The forward wants to move out of Spurs and join a club where he can win trophies but at such big clubs, the pressure of performing is also at the highest level. So Kane will need to keep aside all the gossip and focus on performing really well for England this month, just to show the world that he is ready to take the next step in his club career.

Read: Here’s the five midfielders who are likely to feature for England in the EURO.

Read: Which right-back will be left out from England’s 26-man squad for the EURO?

Read: Is this Spurs player set to play for a rival Premier League club next season? 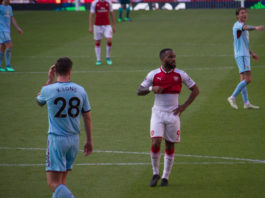 Arsenal looking to offload Lacazette as they plan to make a...

Man United’s worst nightmare is about to come true: Can Ole... 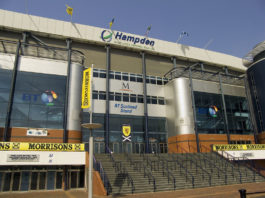