David Luiz did not make it to the squad against Manchester United and again found himself on the bench during the game against West Brom at the Hawthorns. And if Antonio Conte’s recent statements are anything to go by then Luiz will not be featuring in the starting lineup anytime soon.

Andreas Christensen has beaten David Luiz to the starting XI during the past couple of weeks and as per the Chelsea manager, it is going to stay this way for the next few matches. Antonio Conte has gone on to claim that Christensen will get the nod ahead of Luiz and the central defensive position is Christensen’s to lose now.

Conte said, “I have always answered that it was a tactical decision. Every game I have to try to make the best decision for the team, and if I’m taking this decision it means Christensen is deserving to play.

“In the past, it happened the same at the start [of the season] with Eden. Before he was completely fit he was on the bench, and then [we went] slowly, slowly to find the right form.

“I think Christensen is playing very well but we have to play a lot of games, and we have to play every three days. We need all the players and to have different solutions [is good] — last season in this position I didn’t have this opportunity.”

While the Chelsea boss has maintained that the decision to drop Luiz is purely tactical but many experts are suggesting that the defender and the manager have been entangled in a bitter battle of egos and thus David Luiz is warming the benches.

Read: Antonio Conte fails to put up a brave face before the clash against Liverpool.

Read: The Italian Federation is looking at Conte as their next manager. 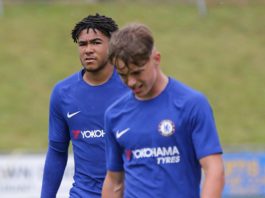 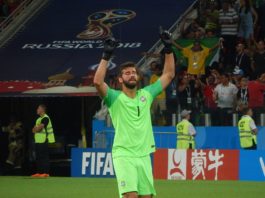 Liverpool man explains why they failed to beat Real Madrid despite...