Man City and Liverpool played out an enthralling 2-2 draw in the Premier League on Sunday but Pep Guardiola will have very little time to sit back and analyse this match because they have a key European tie coming up in midweek.

Man City head to Spain to take on Atletico Madrid in the 2nd leg of the Champions League quarter-final and Guardiola’s side go into this tie with a crucial 1-0 lead. There are obviously no away goals so the home team are very much in this tie and we expect Atleti to be a lot more adventurous than they usually are.

Atletico Madrid played with a lot of caution in the 1st leg but since they are trailing 1-0, the onus is now on them to claw back this deficit. This means the Spanish side will have to ditch their ultra-defensive approach and come on the front foot and this might eventually play things in the hands of Pep Guardiola.

Man City will be high on confidence after the 2-2 draw against Liverpool and we expect them to have a slight edge in midweek. The tie though is far from over because Simeone is a manager who is very well versed in forcing teams to make unwanted mistakes by frustrating them.

The manager is obviously with Ruben Dias who is out with a hamstring injury and also Cole Palmer who is recovering from a foot problem but other than that, Pep has a fully fit squad.

Aymeric Laporte and John Stones should take the pitch in central defence vs Atleti despite the latter being a bit average on Sunday.

De Bruyne ran the show against Liverpool this weekend so he along with Rodri will reprise their roles but this time around, we expect to see Gundogan in the first XI.

Phil Foden’s impact makes the difference. He’s only 21 – important point to mention. That’s why Manchester City are prepared to extend his contract since months, never been in doubt. 🔵⭐️ #UCL pic.twitter.com/NkllL4t65C

Bernardo Silva was chosen ahead of Gundogan this weekend and since Man City face Liverpool once again next weekend, this time in the FA Cup, Guardiola is definitely going to rest Silva.

Riyad Mahrez missed a massive injury-time chance for Manchester City but he is going to come into the starting line up on Wednesday night, replacing Raheem Sterling.

Sterling was really poor against Liverpool so he is likely to move to the bench with Jack Grealish coming into the side and operating on the left flank.

Gabriel Jesus will make way for Phil Foden who is going to play as the false nine. 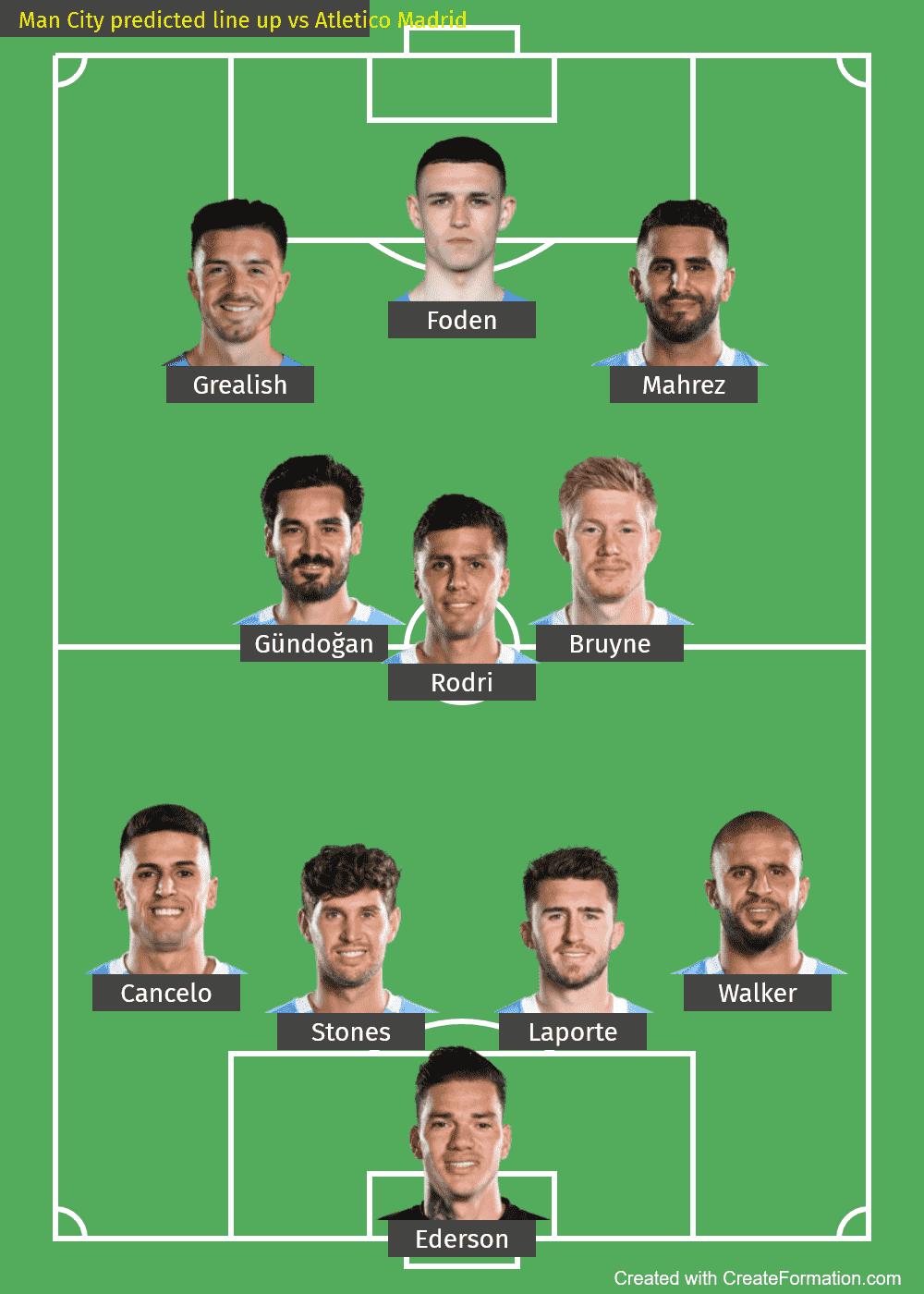 Read: Pep Guardiola explains why he ditched his usual tactics and used a new one against Liverpool.

4-2-3-1 Brazil’s predicted line up vs Serbia: Antony set to miss out with an injury?

3-4-3 England’s predicted line up vs Iran: Will Harry Maguire get a start?

England kick off their World Cup campaign on Monday with a game against Iran and the Three Lions will be hoping to...
Read more