Man United are currently seventh on the Premier League table but somehow they still have a very good chance to qualify for the Champions League next season.

United are just three points behind the fourth spot and next up, they take on a faltering Everton side. Everton are 17th on the league table and they have lost four out of their previous five outings which means this is the perfect opportunity for Man United to get a confident win under their belt.

Manchester United are undefeated in 10 of their last 11 matches but they have drawn most of their matches. They will need to pick up a win at any cost this weekend if they wish to remain in the hunt for a top-four finish.

Everton are scraping the bottom in terms of their form and confidence so Man United should not find it too hard to pick up a win on Saturday. After this game, United take on Norwich and then Liverpool so Ralf Rangnick’s side can get a major confidence booster for their high-profile encounter at Anfield with back-to-back wins.

Luke Shaw came off injured during the Leicester City game so he might not be risked this weekend. Rangnick has a proper backup in the form of Alex Telles so the Brazilian should be starting against Everton.

Our no.23 was withdrawn during half-time of Saturday's game…

Harry Maguire and Raphael Varane have once again become the first-choice pairing in central defence and the manager will stick with them on Saturday.

Fred has grown in leaps and bounds under the interim manager and it’s safe to say he will be keeping Paul Pogba out of the side.

Pogba got a chance to start last weekend due to Ronaldo’s absence but the Frenchman will have to move to the bench now that CR7 is back.

Ronaldo has recovered from his illness and rejoined training and with Cavani still out injured, the Portuguese will come straight back into the starting line up.

Rashford played around 35 minutes in the second half against Leicester City but he had another poor outing in that match. We think the manager is going to stick with young Anthony Elanga down that right-hand side. 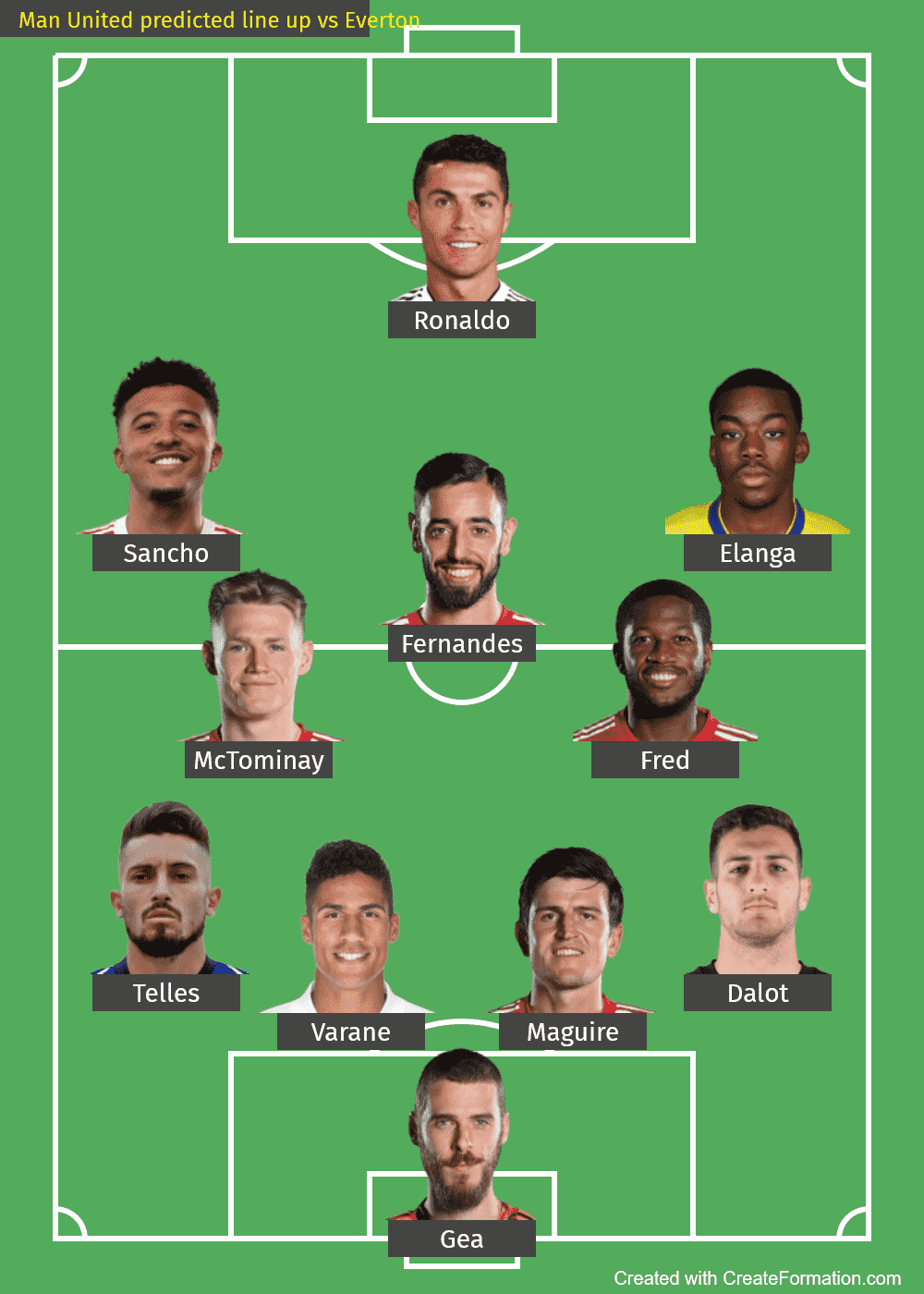 Read: PL legend picks the two sides who will fit it out for the final Champions League spot.

Read: The race for the Premier League top four might just have turned on its head due to this one major injury news.